Valtteri Bottas says he is ready to "sacrifice my optimal race" to help Lewis Hamilton and Mercedes win both Formula 1 world titles in Abu Dhabi on Sunday.

Bottas qualified sixth for the 2021 season finale at Yas Marina, lapping over nine-tenths of a second off pole-sitter Verstappen of Red Bull, who will start side-by-side with Hamilton on the front row of the grid.

Hamilton and Verstappen are tied on points going into the final race, while Mercedes leads Red Bull by 28 points in the constructors' championship, leaving both titles undecided.

Asked about the possibility of being used by Mercedes to try and hold Verstappen up if the opportunity arises, Bottas said: "I'm ready to sacrifice my optimal race.

"We really want both titles and I want us to get both titles before I go. I'm definitely going to do my part for both of the titles."

Bottas will start the race on the medium compound tyre, putting him on an alternative strategy to both Verstappen and Red Bull teammate Sergio Perez, who will start on softs.

Bottas knew it was important to ensure he did not lose any places off the line before trying to stretch his first stint out.

"I need to be patient and play the long game," Bottas said.

"Because I can go long if I want to in the first stint. And it's important to get the points, not to destroy the car, so I need to be patient, I would say." 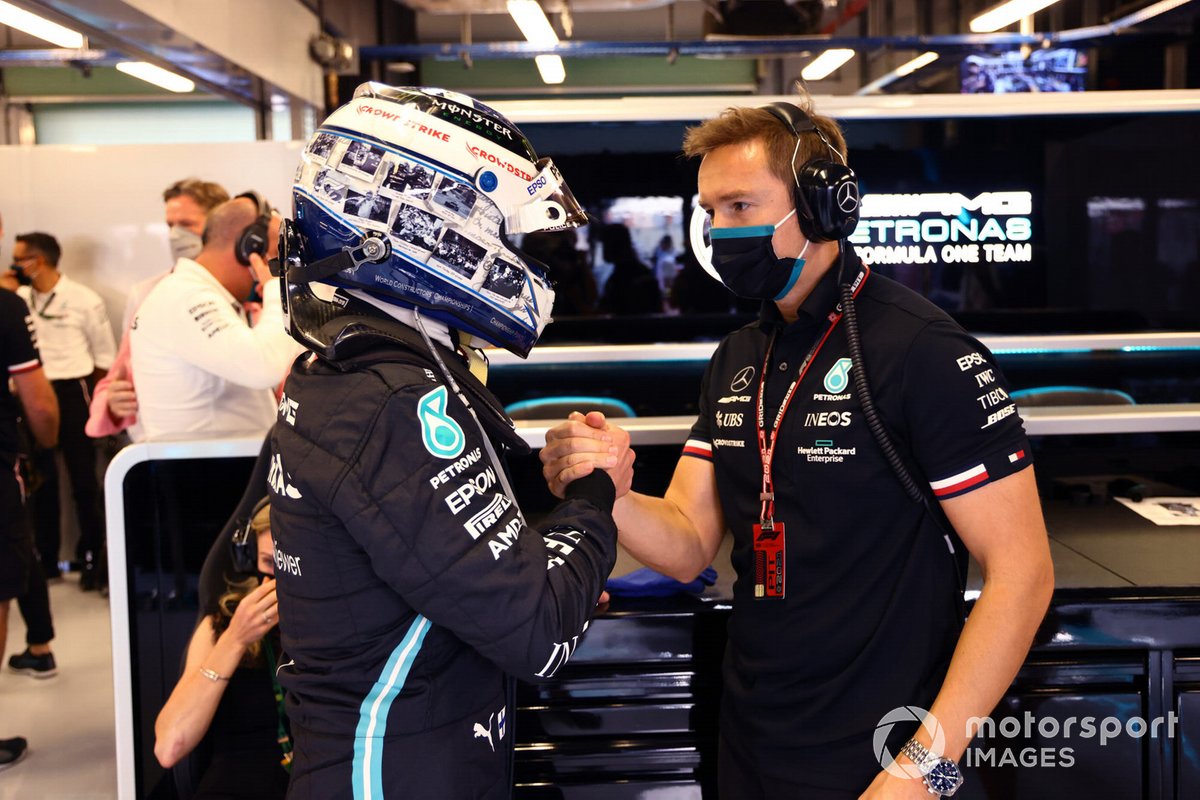 Valtteri Bottas, Mercedes, with a team mate in the garage

Sunday will mark Bottas's final race for Mercedes ahead of his move to Alfa Romeo for 2022, ending a five-season association with the team that has yielded four constructors' titles to date.

Bottas said that he was treating the weekend as any other for the most part, but anticipated feeling more emotional about his exit once the race had finished.

"For sure you start to make it as normal as possible, but before quali, I realised it's going to be the last time with this team," Bottas said.

"So it's the same but different. At least in the car, you don't think about it, but for sure tomorrow maybe there's more time for emotions after the race."

The 17k investment proving its enduring F1 worth