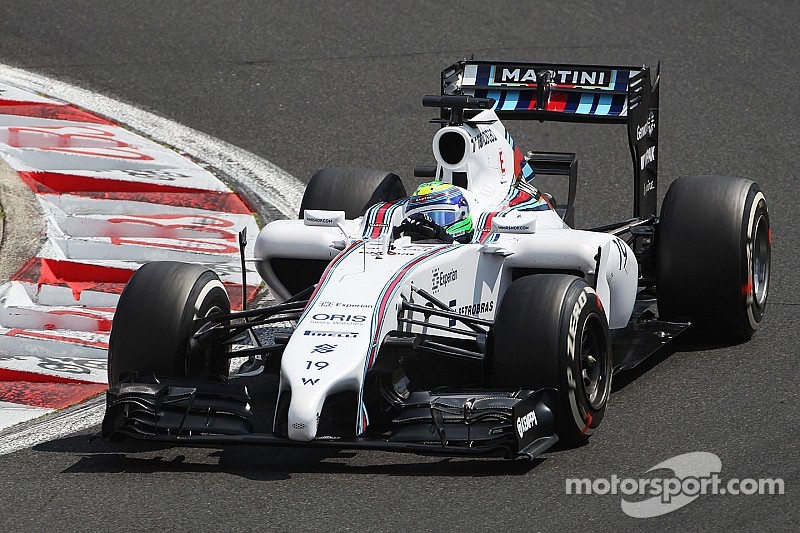 Rob Smedley, Head of Performance Engineering: It was a difficult, changeable qualifying session with a lot of decisions out of the ordinary to be made, but the team reacted very well as you can see by us and Red Bull being the only teams to have two cars there at the end. Valtteri strung together a really good lap. Felipe missed out on his lap, which is unfortunate because he would have been further up the grid. In terms of where we are in the championship, I'm happy. We've got a really big race on tomorrow to keep Ferrari back and to see if we can close down the gap to Red Bull, which is definitely possible.

Valtteri Bottas: We are maybe a little surprised. We knew Red Bull were going to be really quick here, also Ferrari, and Mercedes like always. The nature of the track, in theory, for us is not the best but we have worked well as a team and brought updates that have worked well. We're still missing some grip compared to some others cars but today was a good day for us. Third and sixth on the grid gives us a chance to get some good points tomorrow.

Felipe Massa: It was a very tough qualifying, especially with the weather. The biggest problem I had was traffic in Q3, I had to overtake maybe five cars on that lap so I couldn't put a time together. It was a shame, but we'll try to do the best we can tomorrow in the race.