Valtteri Bottas says a switch back to a higher mileage power unit ahead of Abu Dhabi Formula 1 qualifying cost him at least 0.2 seconds, leaving him sixth on the grid.

Bottas finished over nine tenths of a second off pole-sitter Max Verstappen's laptime in Q3 as Red Bull took a surprise pole position ahead of Mercedes, which had led FP2 and FP3 with Lewis Hamilton.

Hamilton could only finish three tenths of a second behind Verstappen, but will line up alongside his title rival on the front row on the grid for Sunday's title decider in Abu Dhabi.

Bottas was also outqualified by Lando Norris, Sergio Perez and Carlos Sainz in Q3, with the Finn explaining that he felt he "hit a laptime limit" during qualifying.

"In Q2, I think I did my best laptime and I could never improve that," Bottas told the written media at the Yas Marina Circuit on Saturday evening. "It felt like the more I tried, it felt like the set-up didn't have any more in it.

"I went for a quite soft set-up mechanically and I feel it's really good for the race, and I was hoping it should still be OK for the quali. But the grip was improving quite a lot. so that's one thing.

"We had to change to an older PU for today, which I knew that it was, compared to yesterday, at least two tenths."

Bottas said Mercedes felt "more confident with this PU for the reliability", reasoning the decision to make the switch to an engine which was technically introduced more recently but has accrued more mileage. 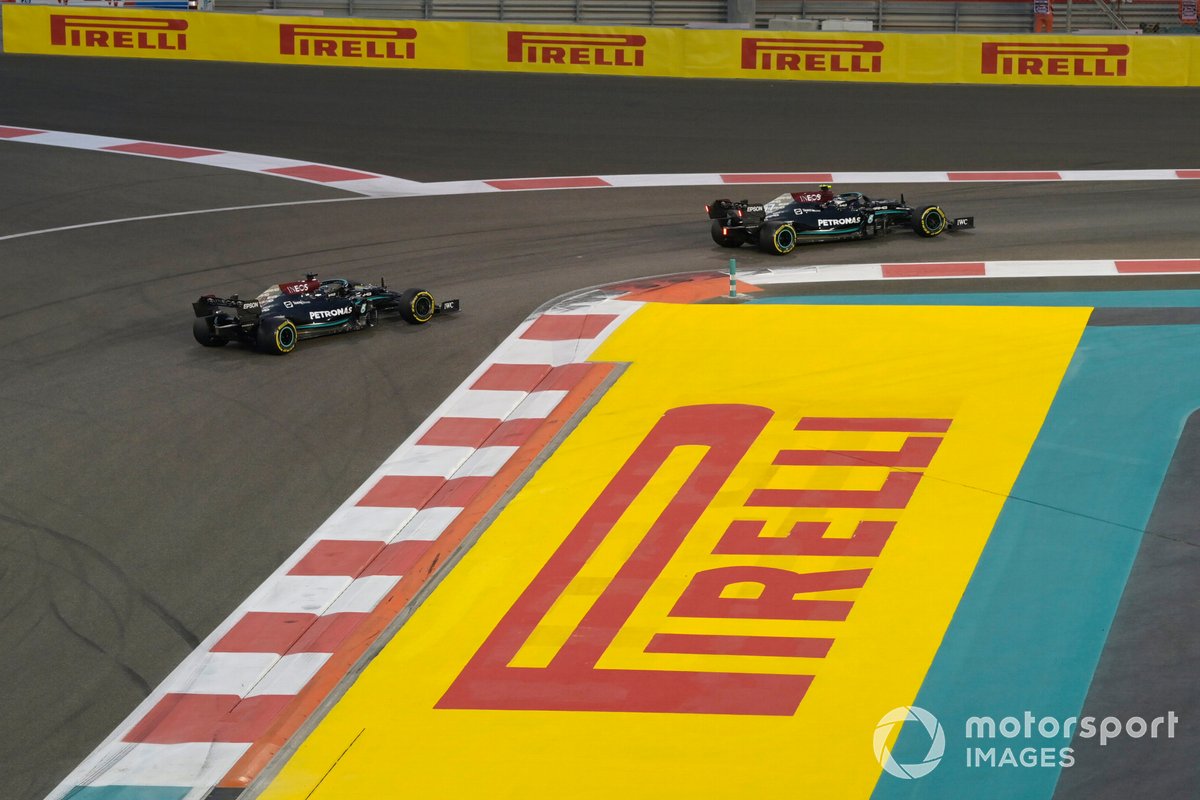 One of the tactics Red Bull used to great effect in Q3 was to get Perez to tow Verstappen, giving him a straightline speed gain that helped his charge to pole ahead of Hamilton.

Bottas said Mercedes had not given any consideration to tow tactics in Abu Dhabi as "normally it can go wrong, for at least one of the drivers."

Bottas added: "We just focused on the out laps and being in a good rhythm. But, to be honest, Red Bull found a bit more in Q3 than we thought they would, so that was a bit of a surprise.

"We just tried to stick in the plan, but it worked for them today."

Both Bottas and teammate Hamilton will start on the medium compound tyre on Sunday, while Verstappen and Perez will line up on softs.

Asked by Motorsport.com if Mercedes gave any consideration to starting on softs, Bottas said: "Since FP3, the plan has always been to start on the medium.

"We think it's better for us. At least the first pit window is going to be quite a bit bigger so, if we want to or need to go long, that's an opportunity.

"If you're on the soft, they will start degrading pretty quickly."