Valtteri Bottas is yet to properly discuss his Formula 1 future with Mercedes, saying he does not want thoughts about his 2022 plans to become a distraction.

Bottas is out of contract with Mercedes at the end of the year, with his future set to be a key point of the driver market for 2022 amid suggestions the team could sign George Russell.

Russell has been part of Mercedes’ young driver programme since 2017, and has impressed during his time with Williams since making his F1 debut in 2019, as well as in his one-off appearance for Mercedes in Sakhir last year.

But Bottas said on Thursday ahead of the French Grand Prix that he “hadn’t really thought about it yet that deeply”, wishing to focus on his on-track performances instead of being distracted by speculation about his future.

“Obviously you can't always block the noise that is around, and every season is the same thing: the same questions and same speculation, that's part of the sport,” Bottas said, having always been on one-year rolling contracts since joining Mercedes in 2017.

“So I think it's a bit too early for me yet to answer that in detail. We haven't really yet discussed anything about contract with Mercedes, and that will come eventually.

“Now, it's just really the focus for this triple-header, and we'll see that after maybe at some point, but not much more to say at this point.” 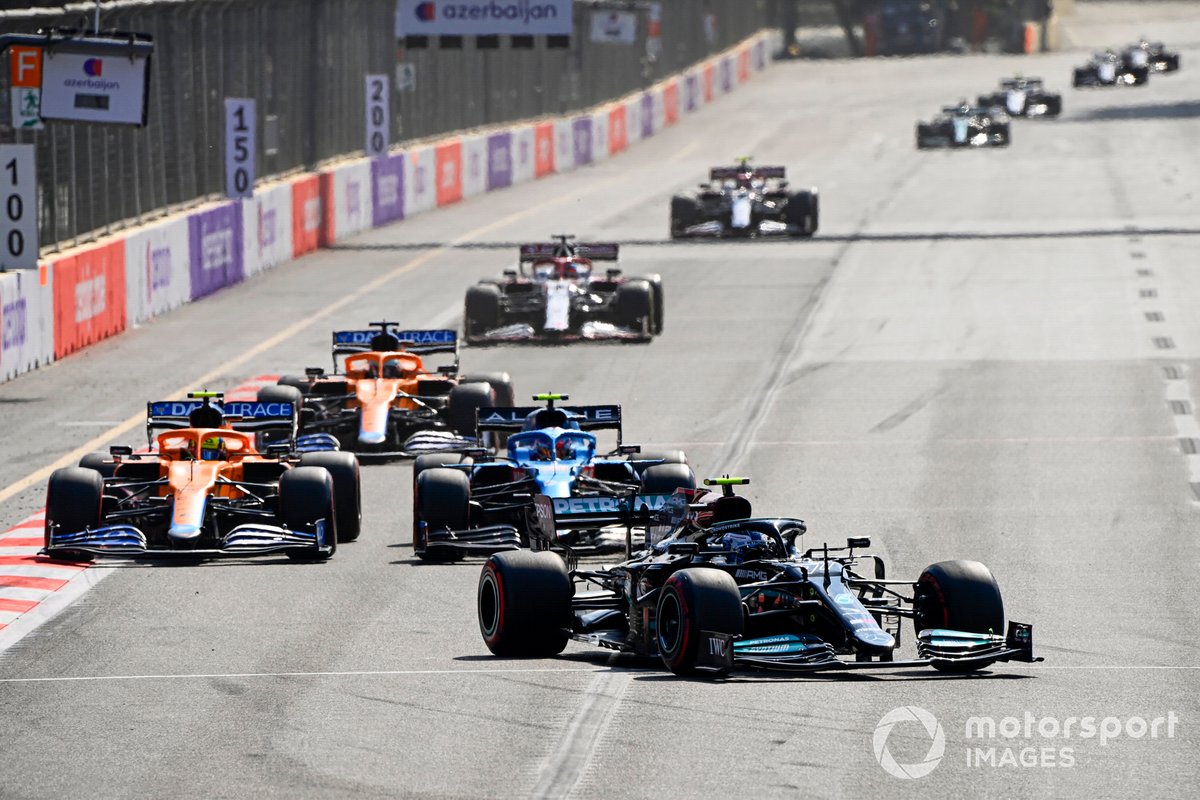 Bottas has endured a difficult start to the 2021 season, scoring only three podiums in the first six races and finishing a race no higher than third, leaving him sixth in the drivers’ championship.

It has led to growing speculation about the Finn’s future, but Bottas made clear he had not been given any indications by Mercedes that he would not be retained for next year.

“That’s normal. But I can confirm that, at least nobody told me about that [not being retained], so yeah that's not true, that's speculation.

“I’m sure there's all kinds of speculation that is not based on any facts. People are trying to make up stories, just for the clicks. That’s how it goes.”

Mercedes has typically opened talks with Bottas about a new F1 contract around the summer break, with his 2021 contract being announced last August.

Bottas said that “every year is different” in the timing of talks, and had no feeling deep down at present whether or not he’d be at Mercedes next year.

“It depends how your season has been and depends on the overall situation of the team, if they are looking for other options or not at all,” Bottas said.

“Some years has been earlier, some years later, so that's not like a norm.

“But all I can say is that we just want to focus on the next three races. It's going to require a lot from us as a team before we make any decisions together.

“And my gut feeling at the moment, I haven't really allowed myself to think about that too much, because that can become a distraction, I've learned that.

“So it will come at some point. And so, for now the gut is not saying anything. I just want to win races and get the results that I'm aiming for personally.”

After much anticipation, the new dawn for sportscar racing got underway with a result that mirrored the pattern of the IMSA SportsCar Championship's previous DPi era. Here's how Acura once again took top honours in the Daytona 24 Hours with a 1-2 led by Meyer Shank Racing as the new GTP class for LMDh hybrid prototypes made its bow