Valtteri Bottas is relishing the opportunity to build "a bit of a project" with Alfa Romeo in Formula 1 upon joining the team next year, saying he has "high goals".

Bottas announced on Monday that he would be leaving Mercedes at the end of the 2021 season after five years at Brackley, ending his long-running partnership with Lewis Hamilton.

The team's decision to sign George Russell for 2022 prompted Bottas to reunite with former F3 and GP3 team boss Frederic Vasseur, who is in charge of Alfa Romeo's F1 operation.

Bottas revealed on Thursday at Monza that while he did discuss a move to other teams for next year, he was excited by the opportunity to build a project with Alfa Romeo on a long-term deal.

"It's a great brand, they have a great history in motorsport," Bottas said.

"I feel like, based on information I know, they can have a bright future and hopefully I can help that. It's something new, something exciting for me and it's a bit of a project.

"No doubt, there's going to be work to do, but I will give all the expertise I can to try and improve from this season for sure."

Bottas had also been linked with a possible move to Williams for 2022, having debuted for the team back in 2013, but the Finn was glad to have settled on a move to Alfa Romeo.

"Yes, I did [talk to other teams], some other teams," Bottas said. "I don't want to say much names. But, in the end, that was the way I wanted to go.

"I'm glad that we could make it happen, and also thankful to them for trusting that I'm going to be the right fit for the team."

Asked what Alfa Romeo had told him about plans for the coming years, Bottas said that while he "can't tell you everything", the team was "serious about the future". 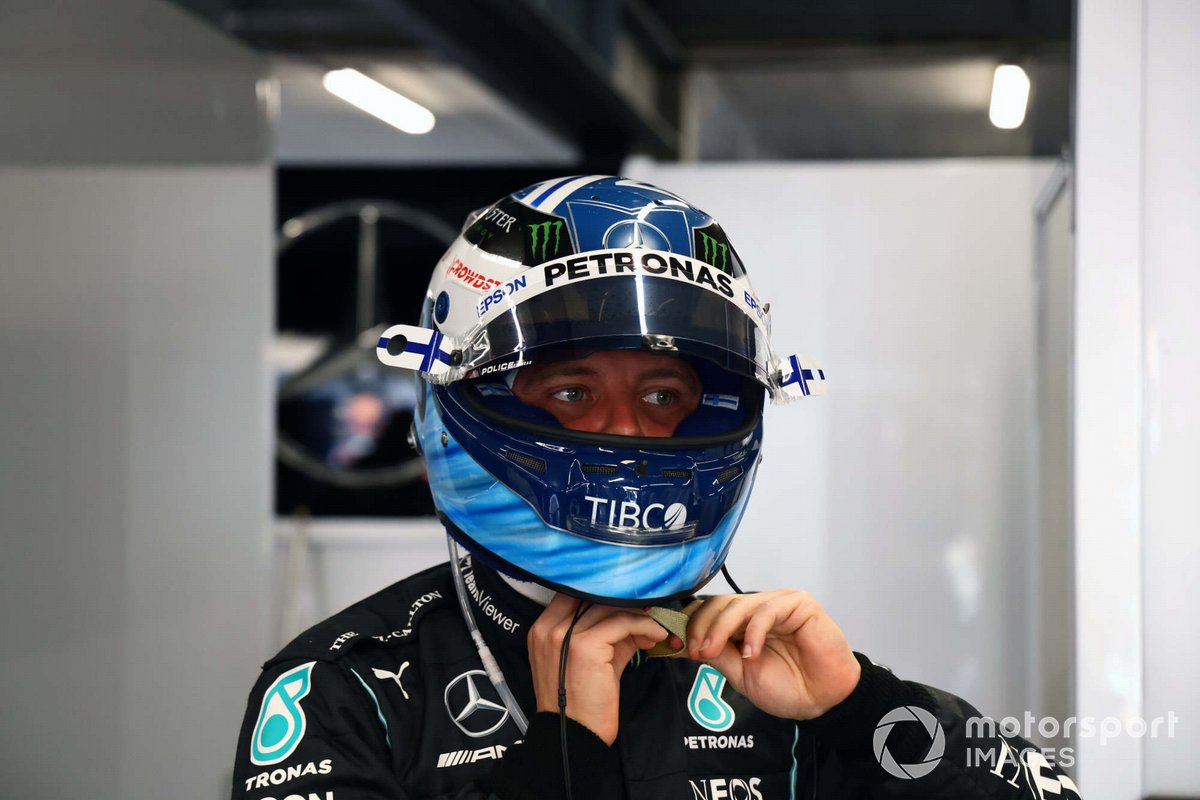 "Alfa Romeo as a brand has committed for quite a few years," Bottas said. "I don't want to share too much but we have high expectations, high goals and for me that is really motivating."

It is unknown who will be Bottas's teammate next year as Alfa Romeo weighs up a number of options.

Alex Albon was known to be high on its shortlist, only for the Red Bull reserve driver to sign for Williams as Russell's replacement.

F2 title contender Guanyu Zhou is known to be in the running, while incumbent driver Antonio Giovinazzi is also still in contention to retain his seat.

But Bottas said he was not involved in deciding who his teammate would be, nor did he have any real interest in involving himself in the process.

"No, and I don't want to have a say," Bottas said. "The team, they are professional. Fred is professional – he knows what is going to be best for the team for the future. So, I'll let them choose."