Bottas: Mexican GP pole run one of my best F1 laps ever

Valtteri Bottas says the lap that secured him a surprise pole position for Formula 1’s Mexican Grand Prix was one of the best of his career.

On a weekend when Red Bull had looked to be in a class of its own, Mercedes turned the tables on it main F1 rival in qualifying with Bottas and Lewis Hamilton locking out the front row of the grid.

Having struggled to extract pace from the Mercedes over a single lap throughout practice, Bottas got it spot on exactly when it mattered to snatch provisional pole position after the first runs in Q3.

And his top spot was pretty much assured when Max Verstappen's hopes of snatching the top spot were wrecked when he had to back off on the second run after Sergio Perez and Yuki Tsunoda ran off the track ahead of him.

"It was an awesome lap," said Bottas, who ended up 0.145 seconds ahead of Hamilton.

"Especially the first run in Q3. I couldn't quite match the same last sector in the second run, but I think honestly that first run in Q3 was one of my best laps. That is a good feeling." 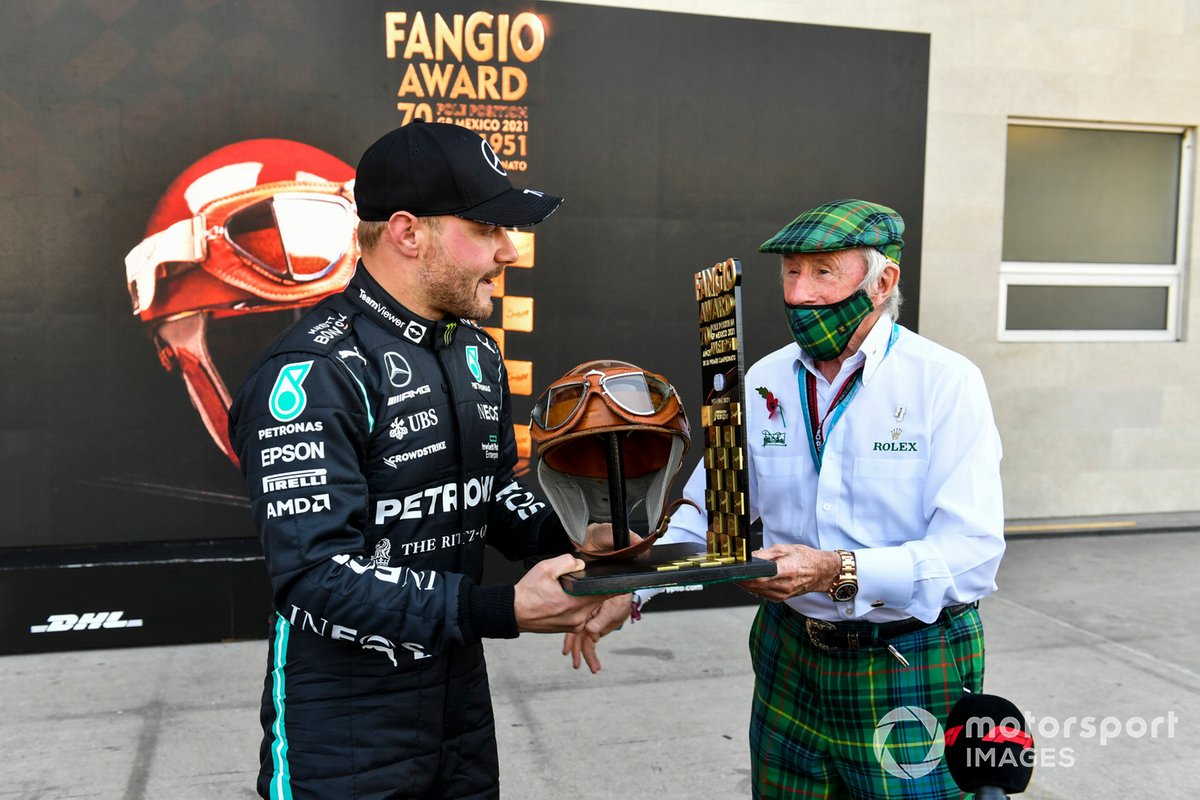 While the Mercedes had not looked especially comfortable throughout practice, Bottas reckoned that the higher temperatures of the afternoon had played into his team's hands.

"This morning actually I was feeling good," he explained. "We were lacking a bit on pace on lap one, but I think with higher temperatures this afternoon than in the morning, it came our way I think.

"I also tried to optimise everything with tyres temps and setup, and it was a joy to drive."

With Hamilton lining up alongside Bottas on the front row of the grid, the pair have a good chance to play the tactical game and try to hold off the Red Bull duo behind them on the long run down to Turn 1 after the start.

Bottas added: "It is a long, long, straight and the cars behind with the tow will have good opportunities.

"We'll need a good start, but at least as a team it is great that we have two cars ahead and hopefully we can try and keep our positions."