Bottas qualified second at the Red Bull Ring on Saturday but dropped back to fifth on the grid due to a penalty for spinning in the pits in Friday practice.

Bottas moved up to fourth on lap 11 by passing McLaren’s Lando Norris, and began to catch Perez for third towards the end of the opening stint.

Red Bull looked to cover the undercut from Mercedes by bringing Perez in at the end of lap 26, only for the stop to take 4.8 seconds, costing the Mexican driver ground.

Mercedes reacted one lap later by bringing Bottas in for a set of hard tyres, with the Finn emerging from the pits ahead of Perez.

Bottas kept the gap stable through the second stint before Red Bull switched Perez to a two-stop strategy in a bid to grab third place away.

But Bottas held on to take his first podium since the Spanish Grand Prix at the beginning of May, crossing the line half a second clear.

“I was pretty clear from him up until the last lap and yeah, I could see him in the mirrors,” Bottas said of Perez’s late charge.

"But you can’t really overtake here in sector 2 and 3, so once I got clear of sector 1 without any mistakes with the poor tyres I had, then I knew that I should get it.”

Bottas struggled with tyre wear in the closing stages, revealing Mercedes had not planned to bring him in so early but wanted to make the most of Red Bull’s slip up.

“As a team, we did a good job to get ahead of him,” Bottas said.

“They had a slow pit stop I think, and we were quite reactive, stopping at that point even though we were not planning to stop that early.

“That was good. At least we get some points out of them.” 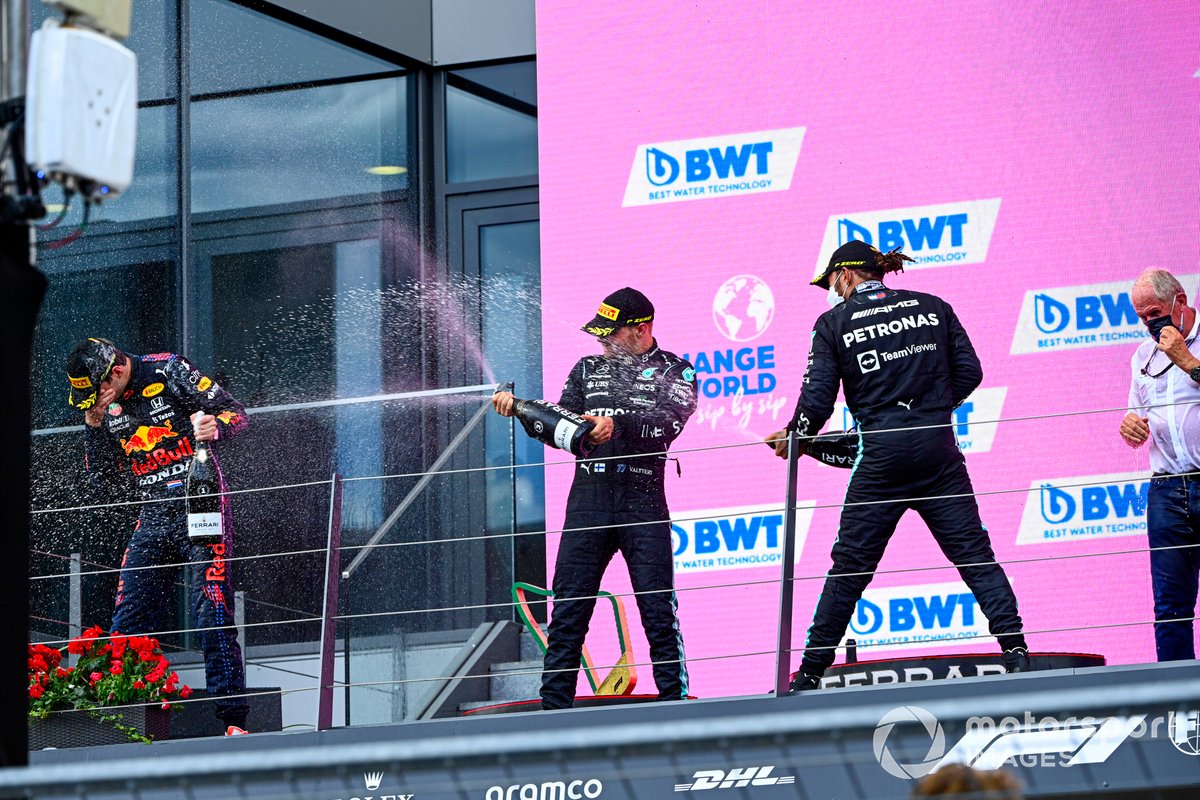 “[He was] managing his tyre whilst being fast,” Wolff said. “He was really in a perfect situation, and you can see that without the penalty he would have been in the mix, no doubt about that.

“Having said that, Lewis [Hamilton] and Valtteri had the same armoury, and that wasn’t performing enough to beat Max [Verstappen].”

Bottas agreed that Sunday’s race made it “really clear” that Red Bull held the advantage over Mercedes in Austria.

“At least today, on this track, Red Bull is faster,” Bottas said.

“Also Checo, he was putting a lot of pressure on me. If we want to try and keep up with them, we can’t do as much tyre management.

“I definitely can feel that they are faster in the straight. I think they have a bit more efficient package overall. So yeah, we have work to do.”

Hamilton: Impossible to keep up with Verstappen in ‘lonely’ Styrian GP