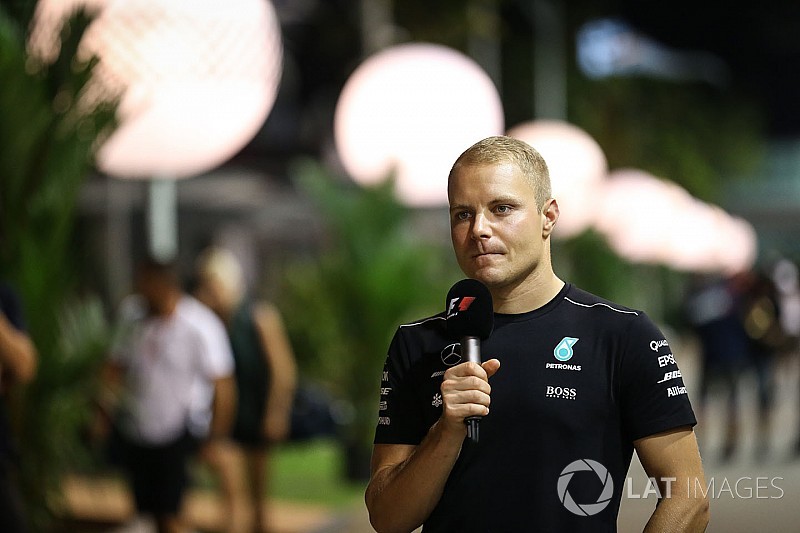 Valtteri Bottas says he has no problem with having only a one-year contract with Mercedes and insists it is up to him to ensure that the team eventually opts to extend it.

Both Bottas and teammate Lewis Hamilton are now signed until the end of 2018, ensuring that the driver market for 2019 will be a busy one, with Mercedes currently having maximum flexibility.

The arrangement works both ways, because Bottas is also free to move in case an interesting opportunity – such as replacing Kimi Raikkonen at Ferrari – opens up for him.

"I have to say I'm happy with this," said Bottas of his one-year deal. "I understand of course always the team's view on things, and for sure the team also wants to have options open for the future.

"I understand 100 percent, but with this I am very happy. It's still better than the original contract that I had.

"It's still as always before with my career in F1, it's going to be completely down to me. If I perform well, there's going to be no problem, and we can have a long future together.

"I believe in myself, I believe I'll continue to grow as a driver and be a better driver. If I continue to keep 100 percent in every single race and keep progressing, I'm confident for the future. So it's up to me.

"Even this season already, I was given this one year opportunity to make it for a second year, so that gives me confidence."

Bottas insisted that he had never had any concerns about losing his seat in 2018.

"Of course it is nice to know where you are going to be racing next year. For sure it's a good feeling, better than not knowing and better than not having information. But there's been no point honestly in the season where I've been in a massive panic about it.

"The season started pretty well, we've got some good results together, and at no point during the year so far have I got any signs from the team they were looking somewhere else. That's why it's not like a massive difference, the feeling, but obviously it's all positive."

He admitted that this time around negotiations were very different, after the rush to release him from Williams earlier in the year.

"And now the team, it was up to the team if they want to look elsewhere or not and what kind of contract they want to offer me.

"Of course I will always have my targets as well, what I want for the contract, and I have to say I am happy with this."

Force India to keep 'Stegosaurus' for rest of Singapore GP