Mercedes continued its record streak of constructors' championship victories by clinching an eighth title on Sunday in Abu Dhabi, ending the season 28 points clear of Red Bull. It marked a fifth constructors' win for Bottas to end his fifth and final season for Mercedes.

Hamilton was passed on the last lap of the race by Max Verstappen after a controversial restart that led to two protests from Mercedes, which has since stated its intent to appeal their dismissal.

While Bottas was glad to have helped Mercedes clinch another constructors' title, he admitted the overriding feeling post-race was disappointment.

"I'm really proud that we got the constructors, but obviously drivers' championship is a big thing," Bottas said immediately after the race in the written media pen. "I haven't seen the team yet. But I'm sure it's the same feeling, that is not quite like we won today. I think we lost today."

Bottas added: "Every year I've been with a team, we've won the constructors'. So I guess I've had to do something! So that's good.

"But still, the overriding feeling now is disappointment for Lewis. But I'm sure once you give me a few days that we'll see the positives.

"In any case, that's it now for me and Mercedes and for this chapter, and now it's for something new. From this weekend, learned a lot and we move on." 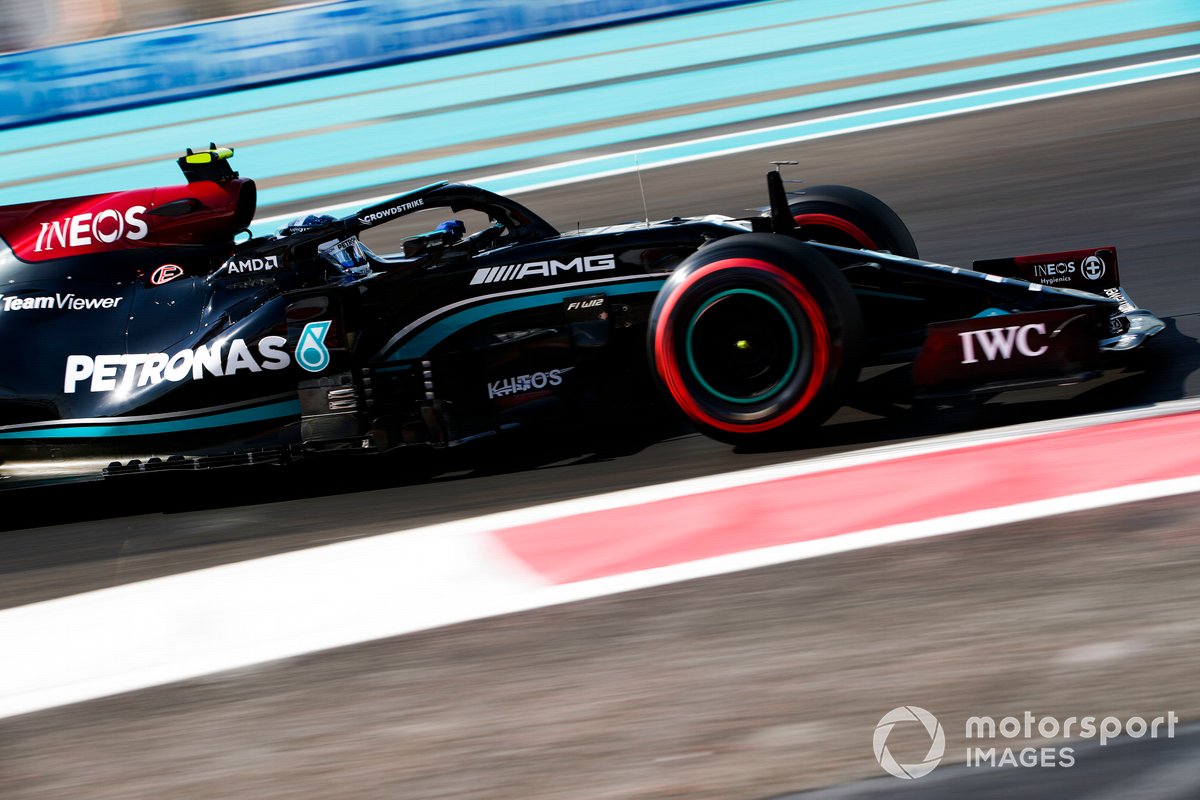 Bottas ended the year third in the drivers' championship with one race win and 10 further podium finishes, leaving him 36 points clear of Sergio Perez in the second Red Bull car.

While he felt the team would "need a few days" after Hamilton's title defeat, Bottas was sure the magnitude of its achievement to win the constructors' would not be lost.

"It is, it is important, and for sure, we appreciate it more after," Bottas said. "It's been impressive. For me, five years in a row winning constructors is a big thing. But I'll appreciate it more in the if you asked me on Thursday or Friday."

Bottas made his first appearance for Alfa Romeo on Tuesday in the post-season Abu Dhabi test, but will not formally part company with Mercedes until the end of the year.