Mercedes Formula 1 driver Valtteri Bottas says he has no interest in playing any mind games with teammate Lewis Hamilton, like his predecessor Nico Rosberg did. 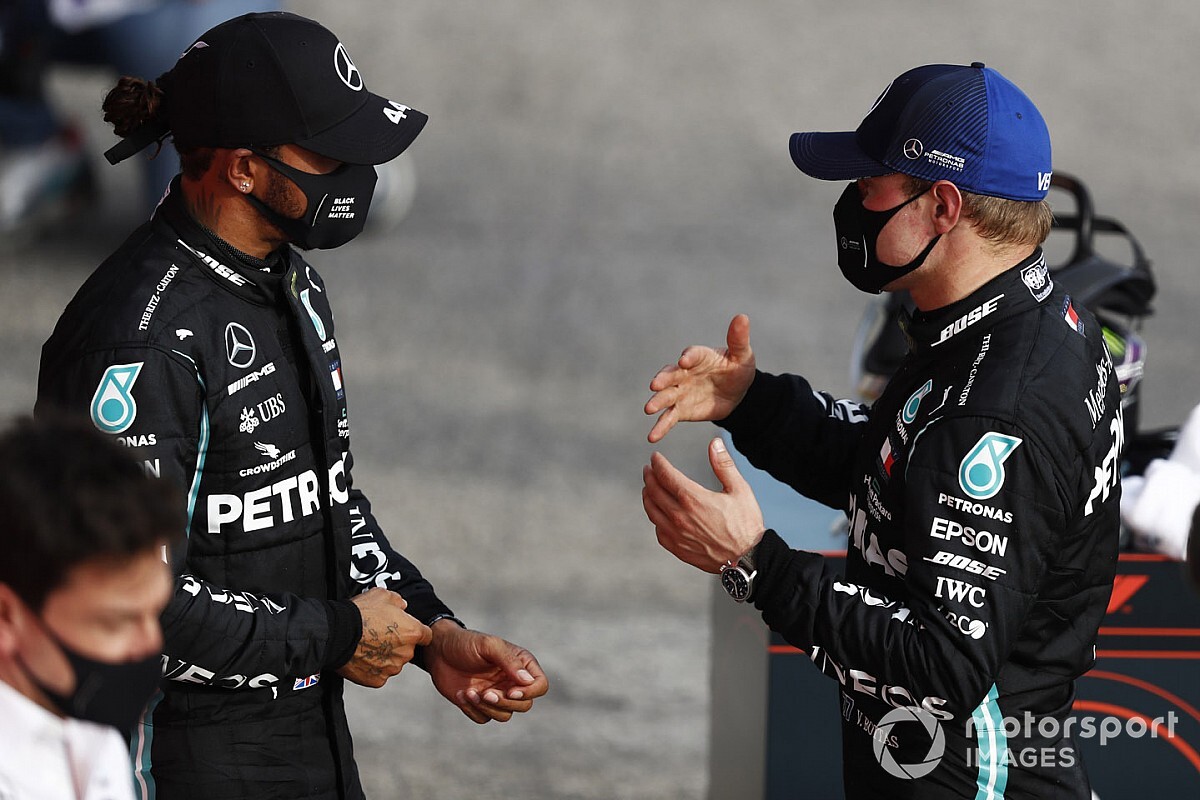 During their four seasons together at Mercedes, Rosberg and Hamilton endured a fraught relationship off track and sometimes clashed on it too.

But while some have suggested that Bottas could stand to benefit from adopting a similar tough stance in a bid to unsettle Hamilton, the Finn thinks that going down that route would actually backfire.

He thinks that, as well as causing unnecessary trouble for the team and extra effort for him, Hamilton himself would respond by simply being motivated to drive even faster.

"I think that the strength we have in the team is definitely that we can work as a team," said Bottas, in an exclusive interview with Motorsport.com.

"We can for sure race hard, but we can also leave it there. And we know the fact that if we can work together, that's how the team is going to benefit in the end.

"So there's not going to be any hiding of setups or data or anything. And the team spirit in team sports is underestimated. I think it's really important that you keep the motivation up, and [have] no conflicts.

"Of course, along the way, there's been many people suggest I change to be a Nico Rosberg. But I'm not a Nico Rosberg. I much prefer to do the talking on track and race fair.

"I have also been able to get to know Lewis, and I know that there's no benefit of trying to play with his mind. I'm sure it would be annoying for him, but it would be wasting my energy. And I think he will be getting even more pissed off and drive faster.

"So I think the way I'm doing things, that's how I want to win. That is my aim."

Although determined to keep the positive spirit within the team, Bottas does think that he needs to adjust his approach to the forthcoming season if he is to do better.

For as well as wanting to beat Hamilton to the world championship, Bottas knows equally there is increased pressure on him to deliver to keep his race seat for 2022, with George Russell out of contract for then.

"I'm keen to explore something, you know," said Bottas. "I feel like maybe it's time to try something different.

"Of course, I always look forward to the future, and there will be opportunities. But in this sport, there's not going to be a million opportunities.

For more on Bottas' thoughts on the season ahead, and where he thinks his strengths and weaknesses are against Hamilton, click here.

Sainz recalls first Ferrari contact: "I tried not to believe it"