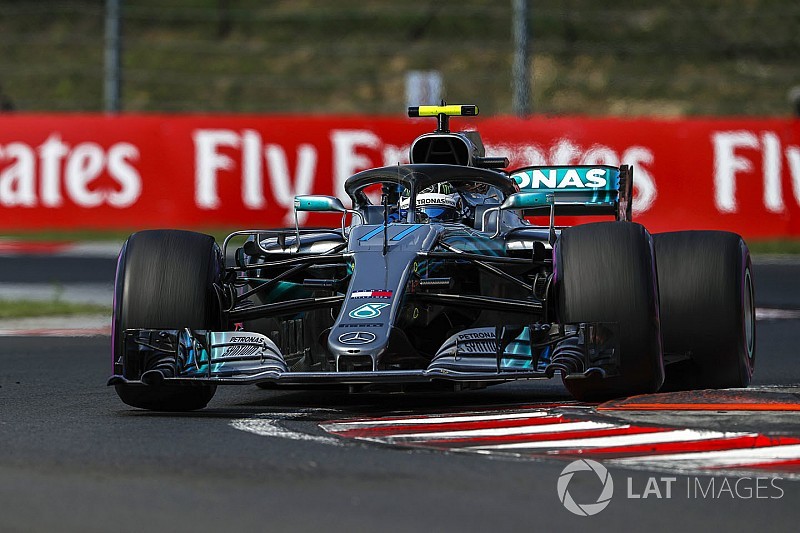 Valtteri Bottas has been given a 10-second penalty and two penalty points by the Formula 1 stewards for his clash with Daniel Ricciardo in the Hungarian Grand Prix.

The punishment does not change Bottas's fifth-place result as he had a 23s cushion back to Pierre Gasly in sixth.

Bottas was trying to limp to the finish on extremely worn tyres and with wing damage from a collision with Sebastian Vettel - which the stewards did not investigate - when he was caught for fourth place by Ricciardo.

The Red Bull driver made a move down the outside of the Mercedes into Turn 1 but Bottas understeered into Ricciardo and pushed him wide over the runoff.

"I feel I did all I could and gave him enough room, but I guess with the damage he went in pretty hard," Ricciardo told Sky Sports F1. "It was definitely over the top."

Bottas argued that Ricciardo had brought the incident on himself and should have been more aware of the condition of the Mercedes.

"I was more next to him on the inside, I had no front half of my wing so I was locking up as well," said Bottas.

"I am sure he saw that I was going quite quick into the corner but he still turned in and then we touched."

The stewards' report said Ricciardo had given Bottas "plenty of room" and the collision happened because the Mercedes ran wide due to its "compromised line and less downforce from the front wing".

Ricciardo was able to catch and repass Bottas for fourth in the following laps.

"I wanted to still get him back on track as opposed to waiting for a penalty," he said.

Mercedes had recommended to Bottas that he let Ricciardo through the first touch but he argued against it.

When told of the radio message Bottas received, Ricciardo replied: "Thanks to Mercedes for that."