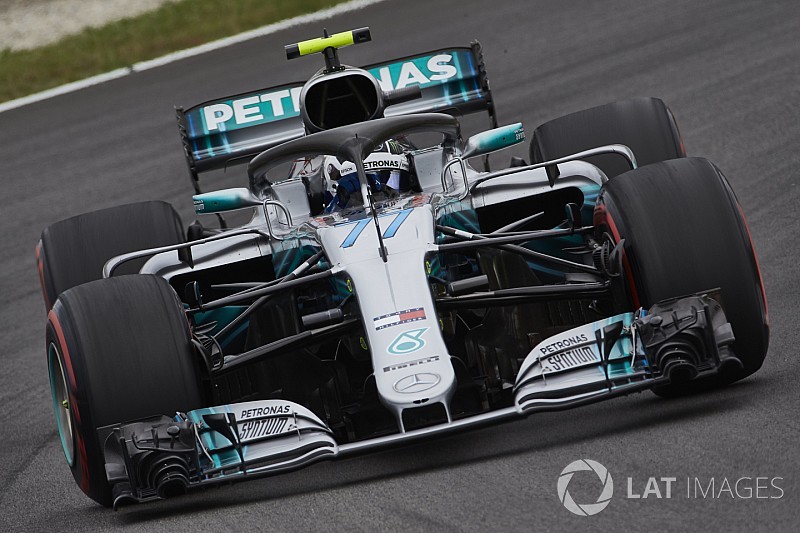 Valtteri Bottas believes that he has eliminated the disappointing weekends that spoiled his first season with the Mercedes Formula 1 team in 2017.

The Finn has been far more consistent this year, although thus far he has failed to win a race, logging second places in Bahrain, China and Spain and suffering a late puncture in Baku while in the lead.

"I think this year I have been meeting more or less my targets with the performance for the beginning of the year," said Bottas.

"I think I've been able to really continue good performances from the end of last year.

"And there have been no weekends that I have been way off the pace, like there were a few last year. So I feel I have learned from those, and need to continue my development.

"There are never things that you can't learn more, so I still hope I keep improving. I think there's been quite mixed races, and the end results haven't been really I feel sometimes quite there, that I feel would have been possible with the pace we've had."

Bottas finished the Spanish Grand Prix over 20 seconds behind Hamilton, but the Finn reckons "many things" influenced the result.

"The gap to Lewis was huge, but I think there were many things that affected that," he said.

"I'm happy and I know that I can win races, and I know the speed is there for that. This year, it's just extremely difficult, but it is possible, and it will come."

After five races, Bottas is already 37 points behind Hamilton in the world championship, but he insists that he's not counting just yet.

"It's pretty much the same. We're so early on in the season, and I hope that I have had my bad luck for the year. At least for us we got a good edge on Ferrari this weekend with the points, but also early days.

Mercedes team boss Toto Wolff agreed that Bottas has been more consistent in 2018.

"Valtteri has been upping his game through the last races and has been very solid indeed," said the Austrian.

"And that proves us right with our decision back in the day. And having the two drivers close to each other in terms of performance levels, and equally respecting each other and racing each other fair is the best case."

What F1's expansion should really focus on