Why Bottas was always doomed to lose to Hamilton 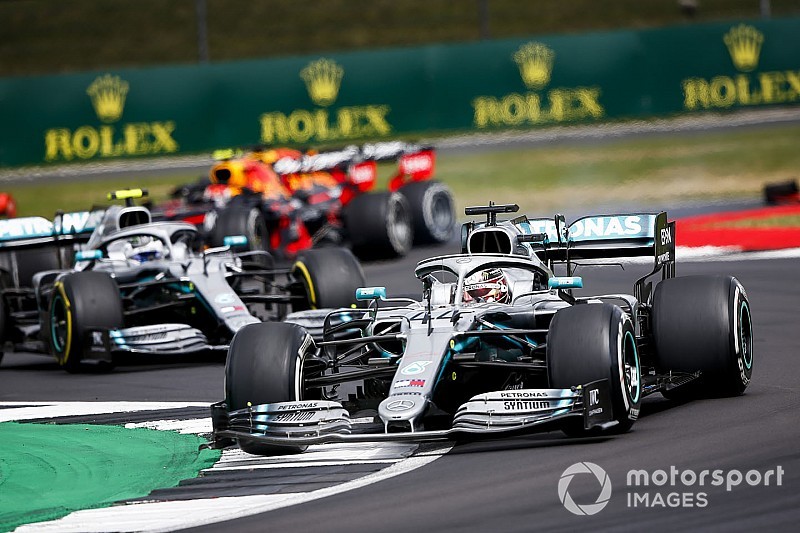 Lewis Hamilton drove outstandingly to win a sixth British Grand Prix. His gains under a safety car made it seem more fortunate than it was, but the evidence suggests early leader Valtteri Bottas would still have struggled to best his teammate regardless.

After qualifying second for the British Grand Prix, Lewis Hamilton revealed that he chases an imaginary rival while leading a race to maintain his focus. The next day, a very real rival appeared to have been rendered a non-entity by the unfortunate timing of the safety car to ease his path to a record sixth Silverstone victory. But there was more to Hamilton's success than happenstance, and Mercedes team-mate Valtteri Bottas was always on a collision course with defeat.

Not that it seemed that way at first. Bottas looked more comfortable throughout the weekend and didn't even need a perfect lap to pip Hamilton to pole position. And when he moved to the right to cover Hamilton off the line, Bottas achieved what he failed to do in both China and Spain by converting pole position into the lead. But any hope he had for an easy time was dispelled by being unable to shake off Hamilton during a scintillating opening four laps.