Valtteri Bottas says he was “fully going” in his bid to top qualifying at Formula 1’s 2021 Turkish Grand Prix and was not asked to lift to help Lewis Hamilton.

Bottas will start Sunday’s race from pole position as a result of his Mercedes teammate’s grid penalty for taking a fourth engine of the season ahead of proceedings getting underway at Istanbul this weekend.

He finished 0.13s down on Hamilton’s best time in Q3, with Bottas only completing the typical two flying laps in that segment while Hamilton took three goes – his second effort producing qualifying’s fastest time (and another new Istanbul track record).

Bottas was 0.005s up on Hamilton’s fastest lap after two thirds of his final Q3 flier had been completed, but a slow final sector – where the Finn slid deep at the Turn 12 left-hand hairpin at the end of Istanbul’s main straight – meant he lost out.

When asked if the late time loss was part of a plan to ensure Hamilton qualified ahead and therefore starts 11th and not 12th in the grand prix, Bottas, who was speaking in the post-qualifying press conference, said: “No, I wasn’t asked to slow down and I was definitely going for it.

“I started to struggle a bit with the front end in the last sector, so I just had some understeer in Turn 12 and 14. 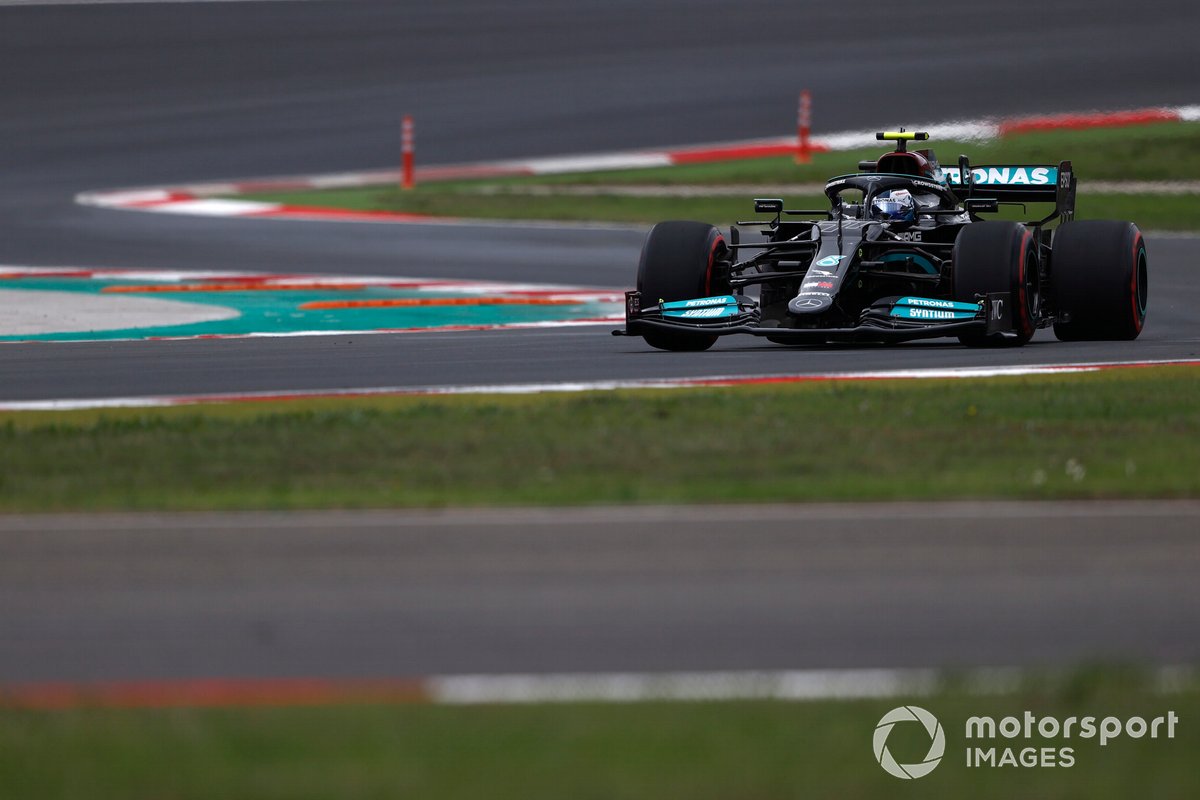 “I could feel that I was losing a bit of time – probably used the tyres a bit more earlier in the lap. So yeah, I was fully going for it, for sure.”

Bottas also stated that the way qualifying had turned out for Mercedes was “the ideal” and “perfect in a way” because of “the situation we have with Lewis’s penalty”.

He added: “But the session itself – Q1 was tricky with the damp conditions and to be honest, even at the end of Q3 there was still a couple of spots that there was small damp places and you needed to be a bit cautious to find the best way around them.

“But I enjoyed it. The grip level was still decent and from the start of the weekend the car has been in a pretty good window in terms of the set-up.

“So, didn’t need to make massive changes. I enjoyed it.”