Valtteri Bottas admits that the Ferrari and McLaren drivers will be hard to overtake in the Formula 1 US GP, and thus he may struggle to recover from his grid penalty.

The Finn qualified only fourth at COTA on Saturday after a “messy” final lap, and goes back five places to ninth after taking a new engine.

To get involved in the battle at the front between his Mercedes teammate Lewis Hamilton and the two Red Bull drivers, he has to pass the AlphaTauri of Pierre Gasly and both cars from the McLaren and Ferrari teams.

"They're not the easy cars to overtake for sure,” he said when asked by Motorsport.com about the two teams currently battling for third in the championship.

“And based on what I felt yesterday, following was quite quite tricky, but at least it seems like it's gonna be more or less a two-stop race, so there will be at least two opportunities with the strategy. And you never know, there will be opportunities." 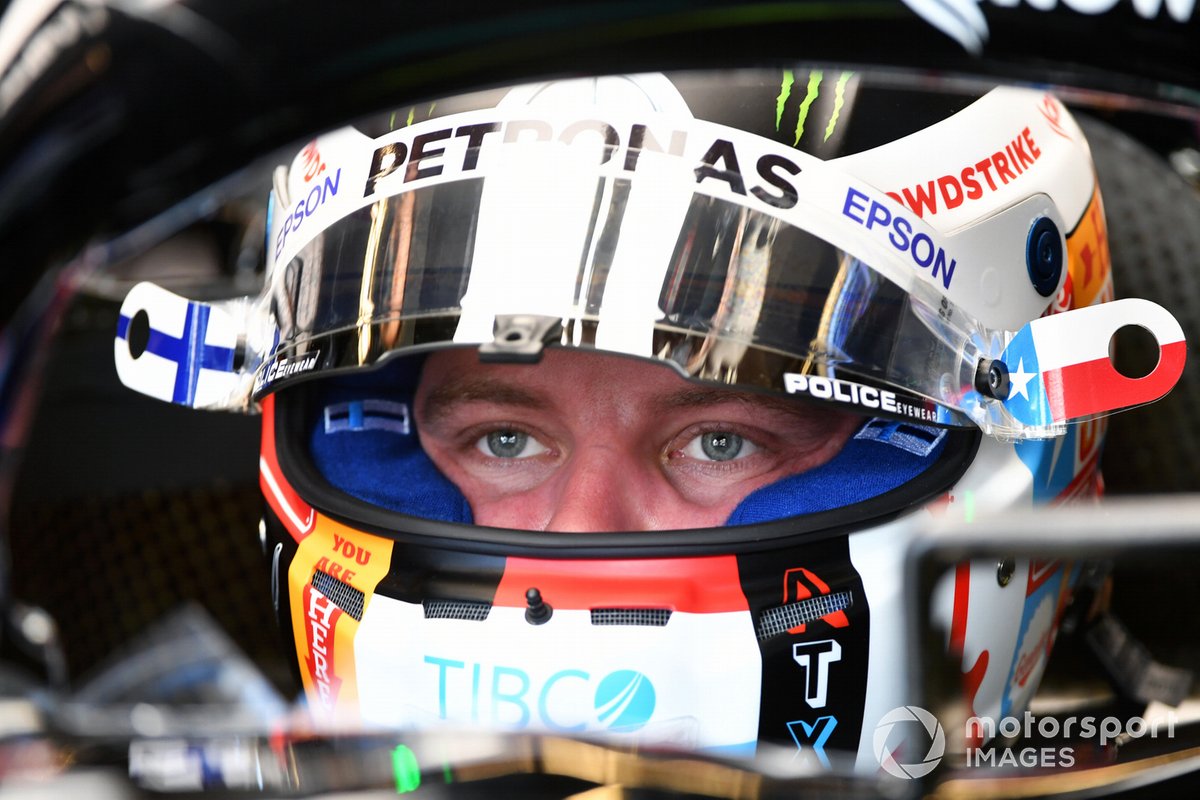 Bottas admitted that his crucial final lap in Q3 had not gone to plan.

"Of course I tried to be as high as I could, but the issue for me was the second run in Q3 was quite messy in the last sector, I had some front locking and understeer and just lost a lot of time. So even the first lap it was half decent, but sector three wasn't that good. It is what it is, so I'll start ninth."

Regarding the pace of the Red Bulls, he said: "Yesterday they looked okay, but nothing amazing, so I think they found a bit more than we did overnight.

“For me the car felt a lot better than it did yesterday, but still Red Bull made a bigger step with performance, and they definitely had the upper hand today. I still think race pace wise it'd be quite similar."

Having taken three grid penalties thus far in 2021, Bottas hopes that the two power units he has left will get him to the end of the season.

"It is unfortunate, and is obviously quite unlucky as well, so many times in the recent races. But at least now it's only a five-place penalty, but it never helps when you are fighting for every single point, it makes things more difficult. But fingers crossed, the rest of the year will go okay, and without penalties.

"We know what the problem always is, it's sometimes a bit different, mostly the same. But there's no proper solution yet, but at least the engine I've been running here we've not seen any issues.

"And also the other one that I have in the pool, which is still quite fresh, that's working okay. So I hope that with these two engines I can make it to the end.”