Bottas to have rev lights changed to avoid start distractions

Valtteri Bottas says he and Mercedes have made changes to his dashboard for this weekend's British Grand Prix in a bid to avoid a repeat of him getting distracted by his rev counter lights. 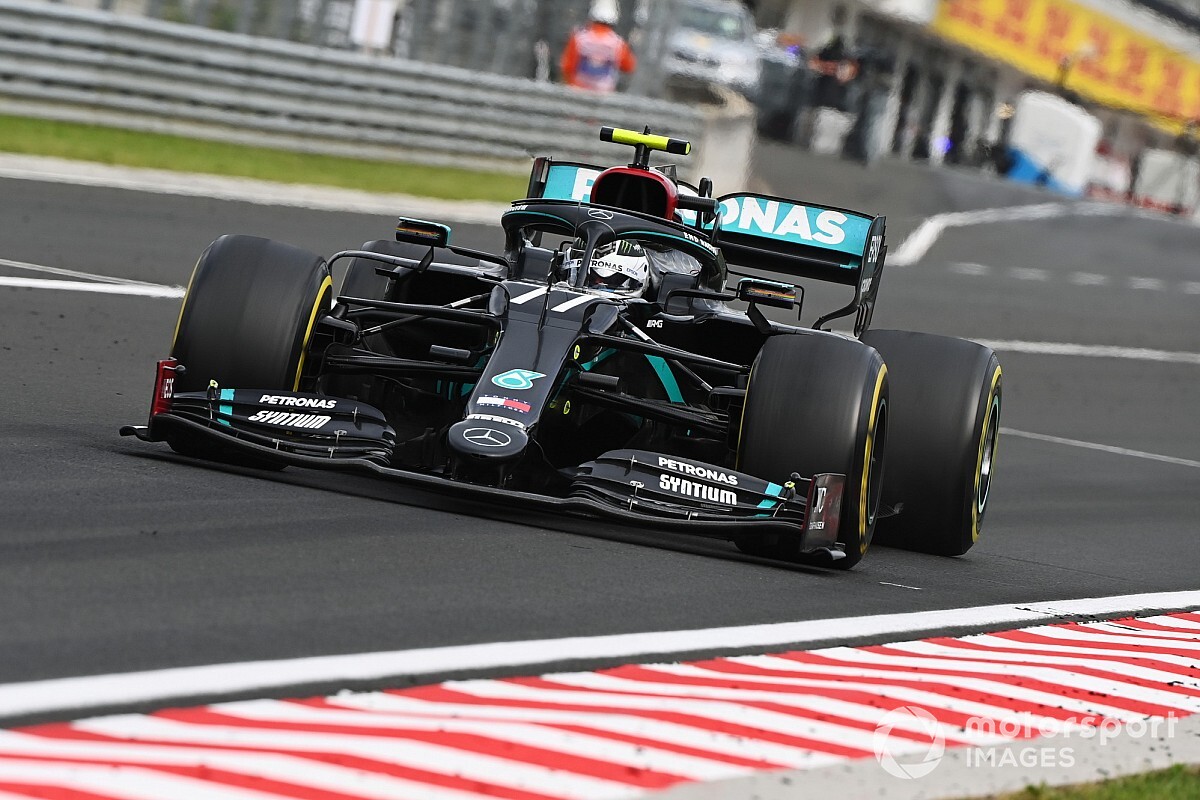 The Finn made a poor getaway at the last race in Hungary after saying he was thrown by a light coming on in his cockpit. That caused him to nudge forward in his grid spot and go into anti-stall before he was able to get going.

Asked by Motorsport.com about what the light was that distracted him, Bottas said it was simply a rev light that flashed on when he wasn't expecting it.

"We've done some very good analysis obviously from the start," said the Finn. "I always do that, but now even more regarding that.

"It was simply the rev lights on the dash. So yeah, we've made changes so it doesn't happen again and I don't get that kind of distraction, otherwise that could lead to a mistake like that. So changes has been made not for that to happen again."

The flashing light was not the only issue that Bottas has faced at the start of the season, as he also revealed that other factors – like running with too-much fuel in Hungary qualifying or the wrong ride height in Austria – have also worked against him.

"The fuelling error we found as part of [the] analysis from last week," he said "There was an issue with the fuelling system, something with a pipe or the vent the fuel goes in, so it was around two kilos or a bit more over-fuelled in qualifying.

"I think they said it was like eight hundredths per lap, so [I had] that the throughout the qualifying after Q1. But yeah, I'm sure the team has reacted to that and learned again from that. So hopefully it won't happen again. It's not ideal when it's somebody speaking about milliseconds in qualifying."

Speaking about the Austria problem, Bottas said: "On the right height thing, I can't remember – it was maybe the second race in Austria. We're speaking only about a few millimetres, just a human error. That's it.