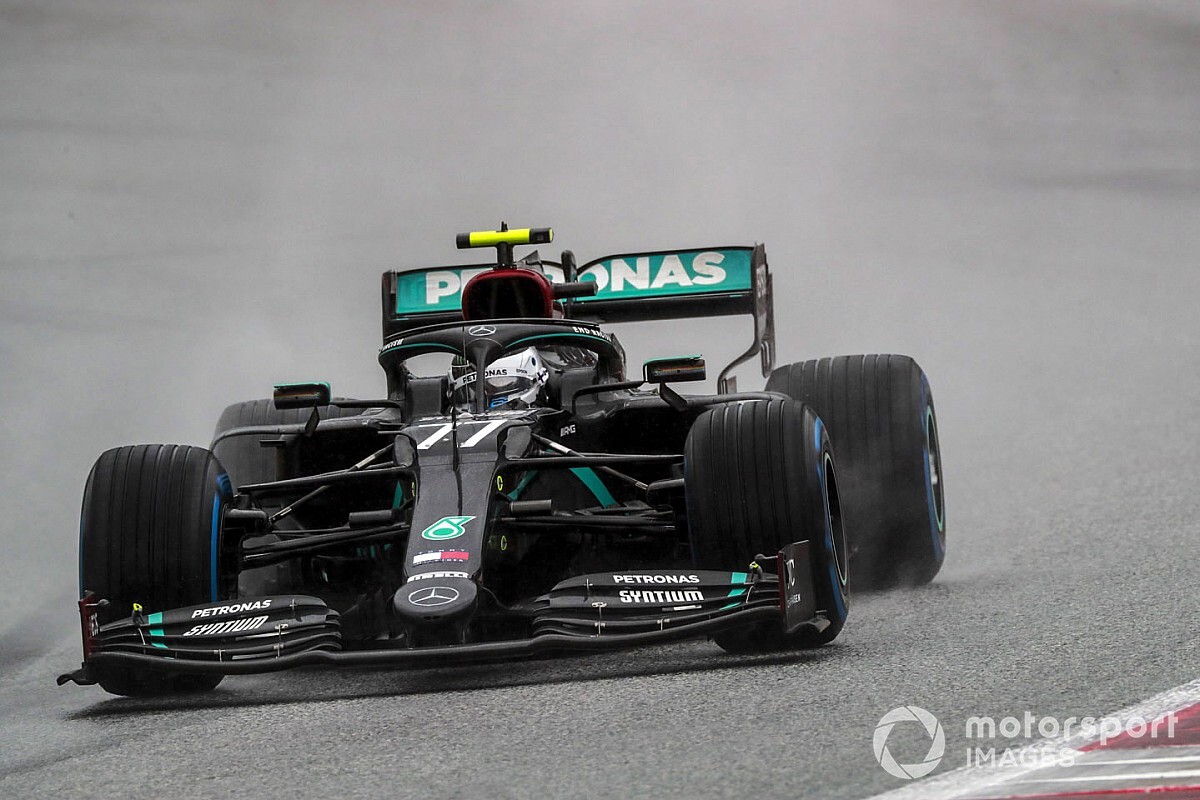 Bottas, who won the Austrian GP from pole last weekend, says a glazed front brake knocked his confidence in the tricky conditions.

In Q3 he was 1.428s slower than teammate Lewis Hamilton, who topped the times today. The pair were split by the Red Bull of Max Verstappen, and the McLaren of Carlos Sainz.

“It was not easy, I didn't look to be fourth on the grid but obviously tricky conditions can bring different challenges,” the Finn told Sky Sports F1.

“For me personally I don't think I managed to build enough temperature in the tyres, part of the reason was my front-right brake was glazing throughout the qualifying so I couldn't really maximise the potential of the car under braking, which is really important for the confidence in the wet conditions.

"It made it quite tricky and it's for sure disappointing.”

Bottas says he won’t know until the race whether or not the team has been able to resolve the problem overnight.

“I really hope so, it would be nice to go flat out but it's something we're only going to find out tomorrow because we haven't done a race distance obviously in practice, but we know the car is quick so looking forward to it.”