Both Sahara Force India cars finished inside the top ten 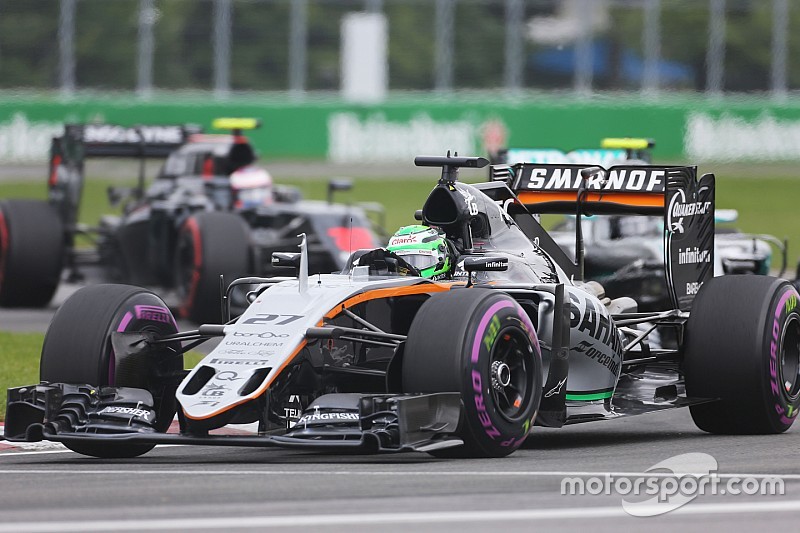 Nico Hulkenberg raced to eighth place ahead of Sergio Perez in tenth.

Nico: “I’m happy to score points, but at the same time I was hoping for a bit more from the race because I really believed we could challenge the top six. For some reason the car didn’t feel as good today as it did during practice and qualifying. Maybe it’s because the conditions were so cold and windy, which meant we lost the sweet spot and the car was not easy to drive.

That’s something we need to look at in more detail and understand. At the start I didn’t get off the line very well, but I had a great first lap and recovered some positions. Then, the story of my race was simply tyre management. I think we made the right calls with the tyre strategy because even though we wanted to try and one stop it just wasn’t possible in the end.”

Sergio: “It was a difficult race and looking back I don’t think we chose the optimum strategy. We tried to go down a different route compared to everyone else, but the cooler track conditions didn’t help: it was very difficult to get heat into the soft tyres during the first stint and that cost me a few positions at the start. I got stuck behind the two McLarens and that hurt my race.

I lost a few seconds at the final stop when I briefly stalled the car and that dropped me behind Kvyat, but I managed to get the position back with an overtake going into turn one. In any case, to bring both cars home inside the points is a good result for the team, especially when the weekend doesn’t really go your way. We gave it our best and we have come home with points in the bag.”

“To come away from Montreal with another double points finish is a very good effort which consolidates our fifth place in the championship. We started the race hoping we could pull off a one-stop strategy with both cars, but with lots of tyre graining and high wear rates we opted to switch to a two-stop race. Most of the cars around us did the same, so it was the sensible course of action to cover our bases.

Nico’s race was pretty non-eventful and he did well in the opening few laps to recover the ground he lost when he bogged down at the start. Sergio’s race was compromised by the slow warm-up of the soft tyres, which dropped him behind both McLarens and cost him quite a bit of time. To recover and score the final point was a good effort. After the chilly conditions of Montreal, we look forward to the weather that awaits us in Baku next week.”

No podium for Red Bull at Montreal