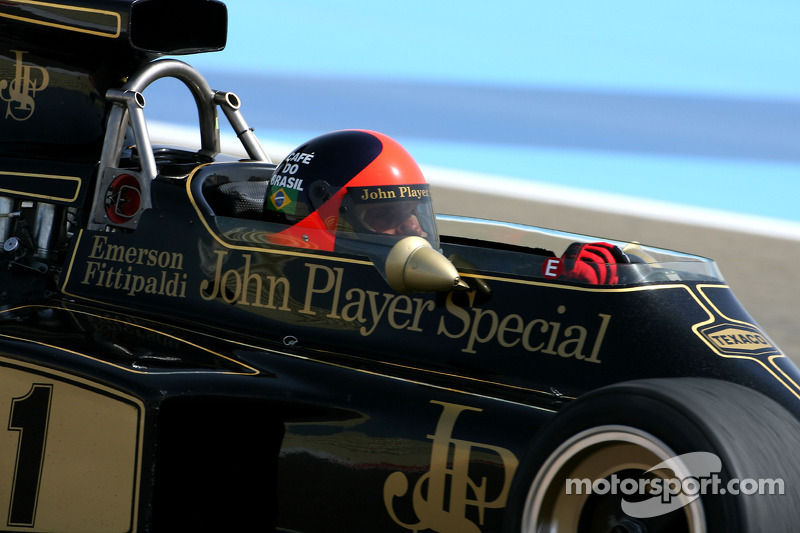 It is not every day that one can claim the chairman of his company was Formula One World Champion 40 years ago. This is our case today and this is why I would like to take a few minutes to celebrate Emerson Fittipaldi, and look back at the 1972 Italian GP, the race that saw him win his first of his two World Championships.

Going to Monza during this first week of September 1972, Emerson already had a massive 25-point lead in the championship standings with only three races left. Remember that back in those days, a race win was worth 9 points, so his closest challenger (Denny Hulme) would have had to basically win the last three Grands Prix of the season to take the title. All Emmo needed to seal the deal was two small points. This is how dominant the Brazilian and his legendary Lotus 72D were in 1972, in his second complete season only in F1.

Other than Emmo's domination, the big news at Monza in 1972 was the modification of the legendary track. Following the 1971 Italian GP that saw a substantial increase in speed and slipstreaming cars, it was decided in the interest of safety to build two new chicanes, one between the pits and Curva Grande and the other one at Curva del Vialone.

Being the great tactician that he was, the Brazilian took advantage of this new track configuration and waited for his moment to take the lead, which happened with nine laps to go when Jacky Ickx had to retire with engine problems.

That was his 5th Grand Prix win of the season, on 10 races. This epic performance at such a young age showed to the world and to Lotus' team boss Colin Chapman that he was not only World Champion material, but one in the same stratospheric league than the legendary drivers he was replacing at Lotus: Jim Clark and Jochen Rindt.

Go back in time and see a vintage video from the 1972 Italian GP: