Williams is clearly struggling to unlock the full potential of the FW38, having made changes this year to try to improve low-speed cornering performance.

One area where the grove-based team seems to be struggling is the temperature sensitivity of Pirelli's tyres, which is exacerbated by the additional compound choice available to all the teams this year during race weekends. 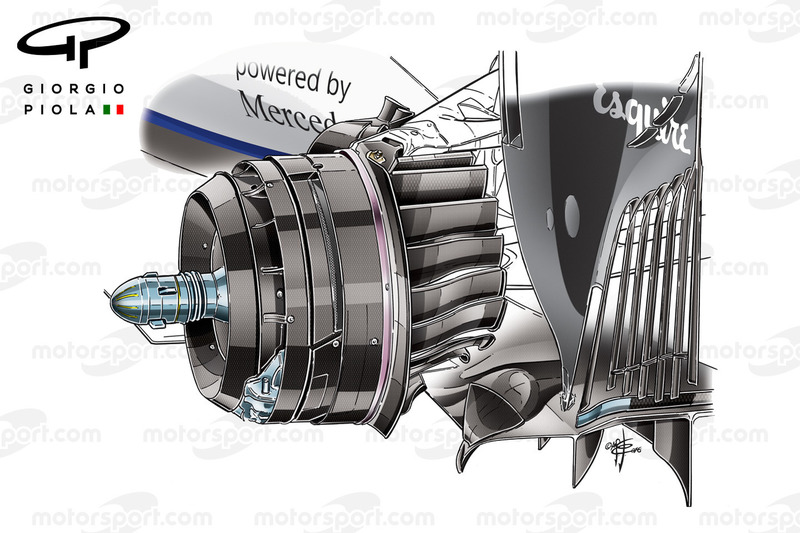 We've already seen how the team has made changes at the rear of the FW38 (above), both to the way heat is exchanged with the wheel and how it's dumped once used.

The team did suffer some complications on Friday as it tried to make rudimentary changes to the rear brake ducts, specifically designed to improve performance, Felipe Massa suffering two independent wheel rim and subsequent tyre failures. 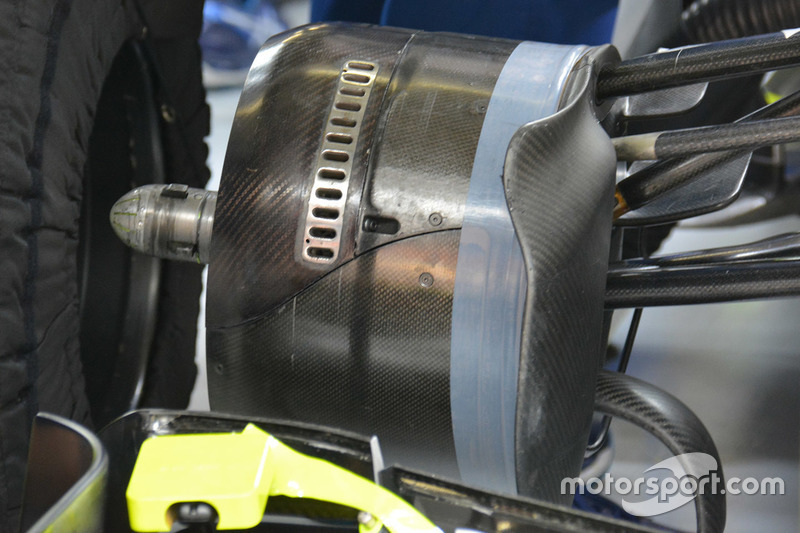 However, in China we've seen it make changes to the front drum too, with a new opening placed in the cake tin above the disc. It's not the first time this aperture has been used, with the FW37 frequently seen utilizing an open section.

However, the metal shielding is new and is most likely used in order to control temperatures even more tightly.

Whilst unlikely it also ensures that the internal workings of the braking system are not compromised by any debris collected on track.

No luck in qualifying result for Haas F1 Team in China

Nasr "100 percent convinced" his chassis is worse than Ericsson's