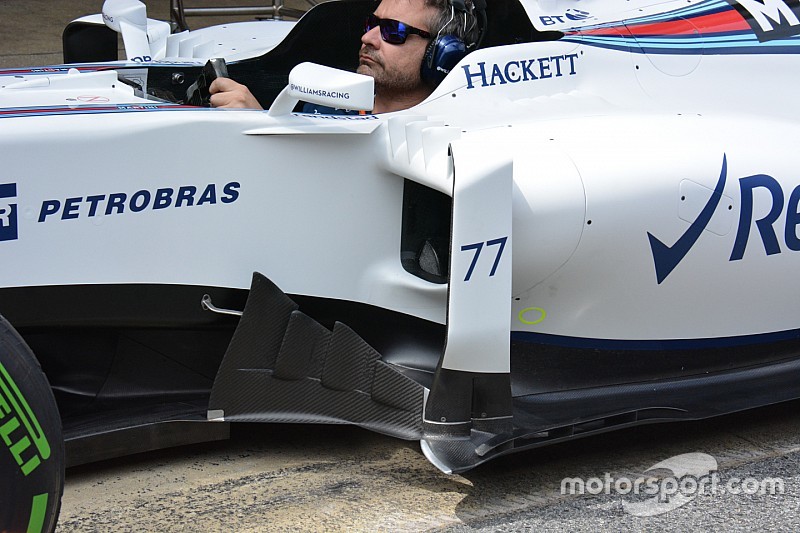 As covered in the post-Russian GP debrief, Williams made changes to its turning vanes in Russia.

Time in the pitlane with the FW38 in Spain affords a better view of the new vanes which are taller than their predecessors.

Whilst they retain the same number of vertical slots along their length, these have also been changed to suit the geometry and height alterations. 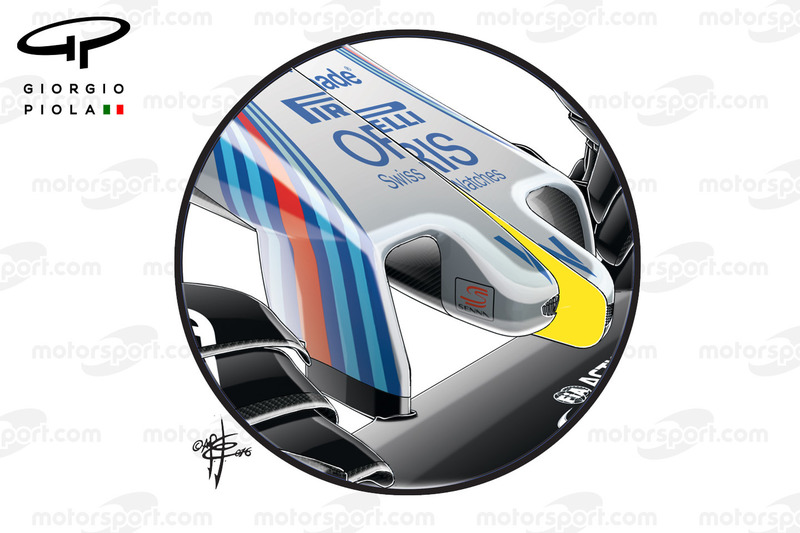 The new turning vanes take advantage of the changes already made by the team to its nose, which as we can see has had a significant impact on the length and height of the 'thumb' style nose tip, with the tip shortened by approximately 50mm.

Rosberg: I'm still getting better as a driver