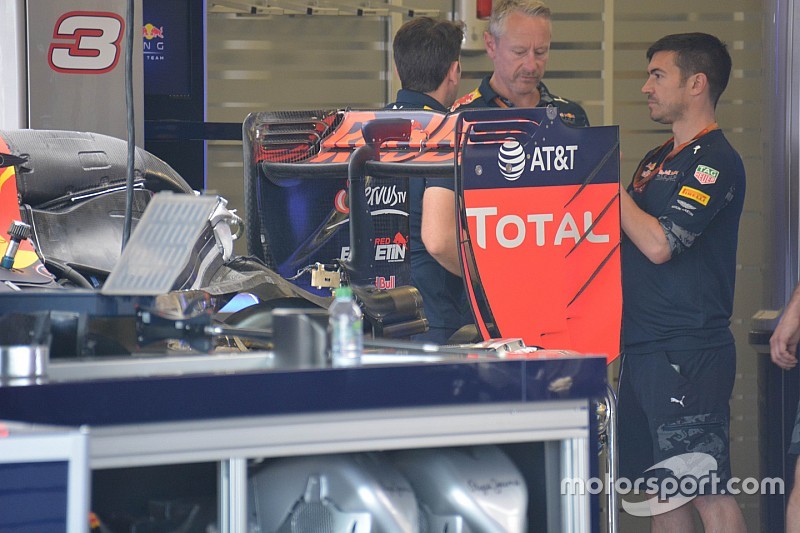 Red Bull has built its RB12's with conflicting rear wing set-ups ahead off free practice so it can assess which better suits the circuits characteristics.

Verstappen (below) will assess a wing with four endplate louvres to match the mainplane and top flaps deeper angle of attack and the shorter, deeper leading edge tyre wake slot.

Meanwhile, Ricciardo (above) will trial the endplate that features the conjoined louvre and tyre wake slot and only two further louvres, to match the slightly shallower angle of attack, whilst the endplate is also fitted with three upwash strakes. 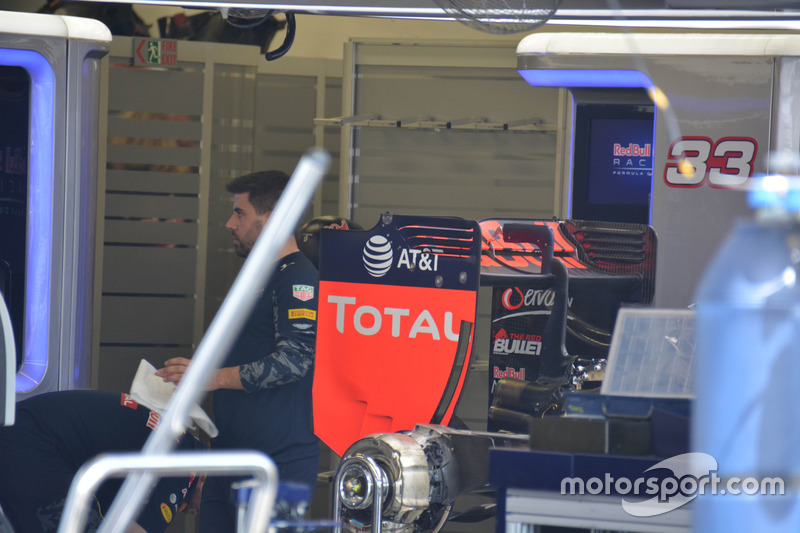 Red Bull knows that its TAG-badged Renault power unit is significantly better since the upgrade in Monaco, but even so it has calculated the losses it will suffer in terms of top speed performance, relative to Mercedes and Ferrari, both from direct turbo/ICE performance and electrical deployment and is looking for a way to marginalise the disadvantage aerodynamically.