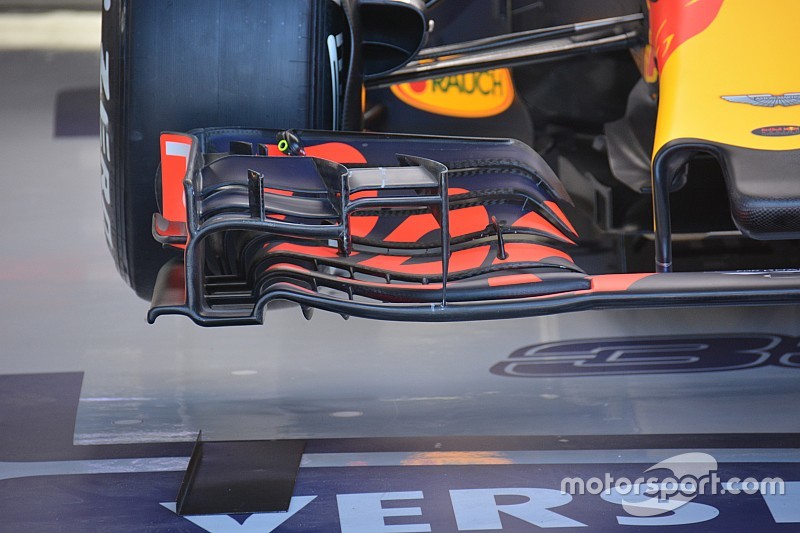 Red Bull has been relatively anonymous when it comes to updates so far this season but arrived in Belgium with several specification of front wings, as it hopes to draw ever nearer to Mercedes. 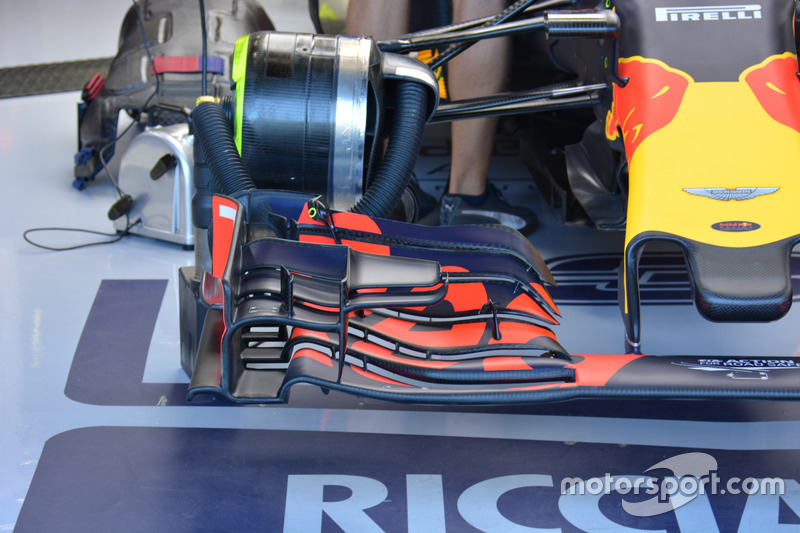 The first is simply a revision of the wing's upper flap, with the flap cut away to lower the load placed on the front axle, similar to its approach in Baku, albeit not quite as aggressive in the central section.

This will come at the compromise of less stability through the more tricky second sector but provide a boost on the long straights.

Crucially this will also have an impact on the performance and degradation of the tyres and so the team will be keen to monitor the cars behaviour and listen to the drivers' feedback. 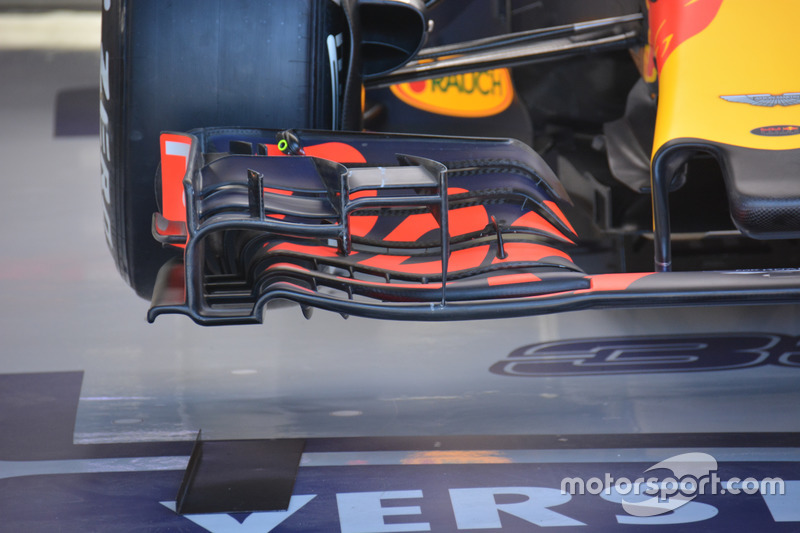 The main cascade is slightly wider than before, whilst the endplate that is turned further outward no longer meets with the mainplane to provide rigidity, this is a role performed by another outwash 'r' shaped endplate mounted further inboard.

Mounted between the main cascade and 'r' vane are two flaps which work with the other elements to help direct flow across the front face of the tyre and out around it to improve the shape of the wake shed by it.

You'll note that unlike the cut down version in the upper image this specification has a full top flap with a gurney trim too.

Ericsson gets engine penalty at Spa