Ferrari continues to look for more performance and has made a few changes to the SF16-H in order to suit the demands of the Marina Bay Circuit. 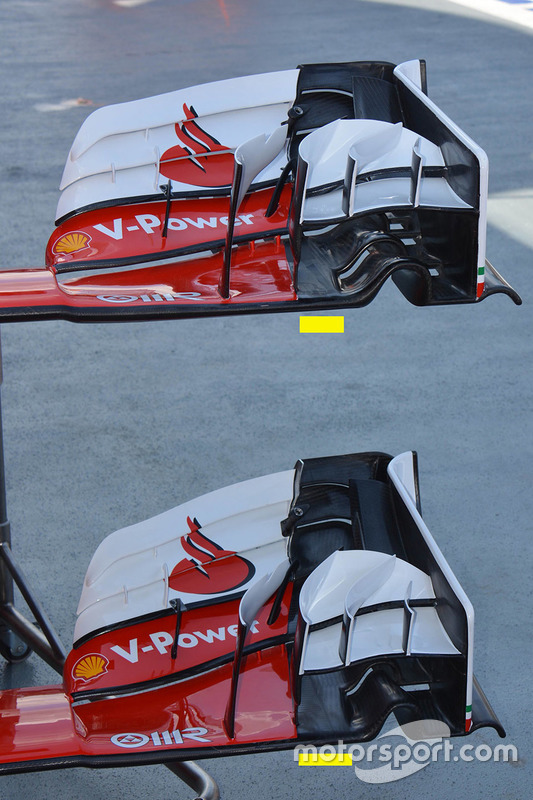 The 'tunnel', which is created by the arching of the flaps, has been revised on the wing expected to be used at this event (lower of the two), with its opening pinched closer and the geometry of each flap slot behind revised too.

This changes the shape of the vortex being created, which in turn changes how it moves across the tyre's surface, pushing airflow out around it and changing the wake it sheds.

The aim of this is to improve the flow structure's downstream, changing how the tyre's wake interacts with the floor, hopefully improving rear downforce. 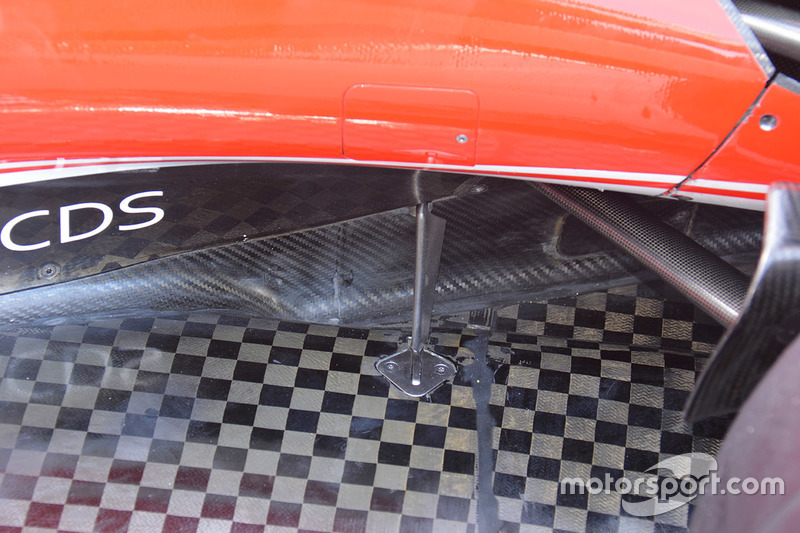 Ferrari has added a support bracket that connects the floor to the main bodywork to increase rigidity but it also sits in a rather aero sensitive region of the car too.

The support, which is supplemented by an 'r' shaped fin, sits on a transition line that sees the floor dip away, granting more space for air to flow into the coke bottle region.

The idea of the support fin is to guide not only the air moving around the sidepod in an attempt to keep it attached to the sidepods surface but also help with this floor transition, as getting a cleaner flow around this section of bodywork and over the floor should improve rear end performance and stability.