Binotto explains why Leclerc was "forgiven" after Italian GP 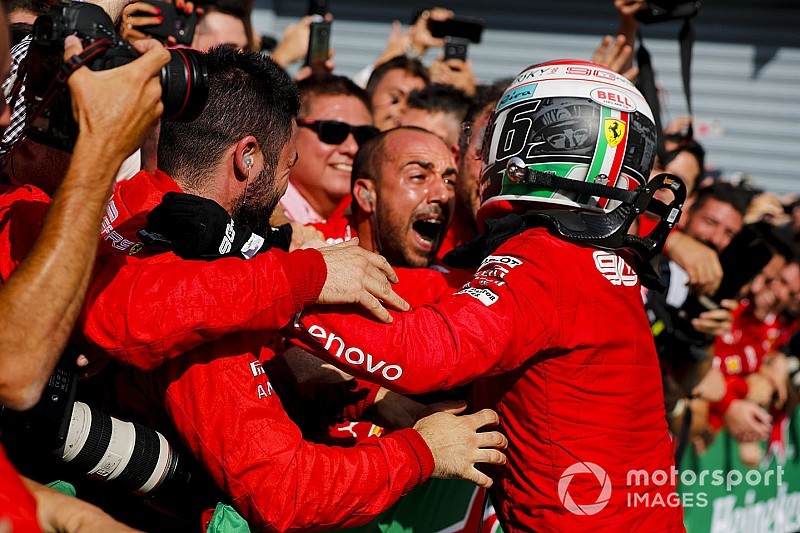 Ferrari Formula 1 team boss Mattia Binotto explained why he told Charles Leclerc that the Monegasque was "forgiven" on the cooldown lap of the Italian Grand Prix.

After most of the field had missed out on their second laps in Q3 after jockeying for a tow, Vettel made it clear that qualifying had not run to the plan that had been agreed within Ferrari - indicating that he had expected Leclerc to go ahead and give him a tow.

Leclerc stayed behind Vettel for most of the out-lap and only passed him just before Parabolica, after being urged to do so by his engineer, only for the chequered flag to come out and deny the four-time champion the opportunity to improve.

“It was my turn to get a tow,” said Vettel afterwards. “I was the one first in Q3 to give a tow, and the one second to receive a tow, but obviously we waited too long, so in the end there was no margin. Not happy.”

As Leclerc drove round to parc ferme after winning the race, Binotto came on the radio and said “you’re forgiven” in Italian, confirming that there had been some tension in the camp.

“Sei perdonato,” he explained afterwards to the media. “It means whatever happened in the last days, that we discussed – and that’s something that will remain between us three – at least he did a good job.

"That was a way of me telling him that at least we are happy with the job he did.”

Asked if the situation would have an impact on the team, Binotto – sitting with his drivers on either side of him – said that Vettel had already moved on, although he conceded that there could be more issues.

“It will not affect [things]. At first it’s something we discussed internally, there may be different points of view, the outcome was certainly a very strange situation for everybody.

“I think more important was what Seb said at first, turn the page, and looking ahead. I think that these guys are great, and I can count on them. So it will not affect, I’m pretty sure.

“Doesn’t mean it will not happen again, because you never know. The spirit is whatever you may do, there is something to learn, and therefore it’s important to make sure it’s a lesson learned.” 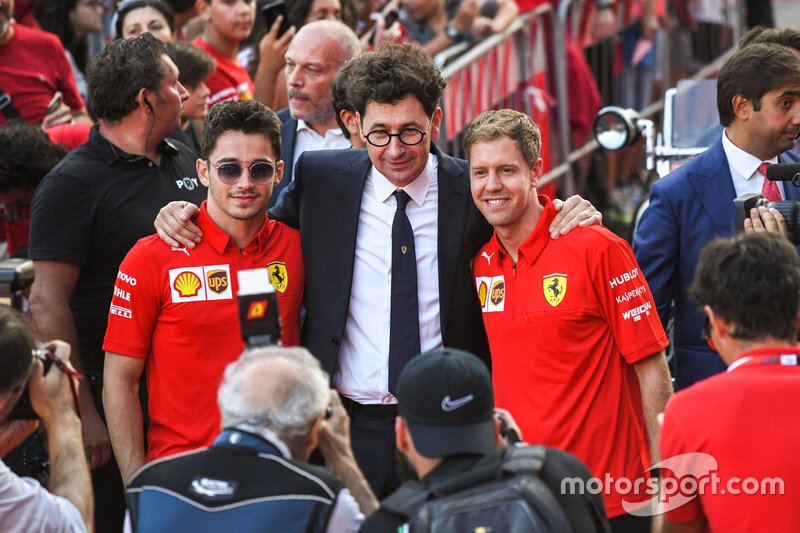