Join us as we again delve into the latest Formula 1 technical developments on display ahead of the Spanish Grand Prix at Barcelona, courtesy of Motorsport Images. 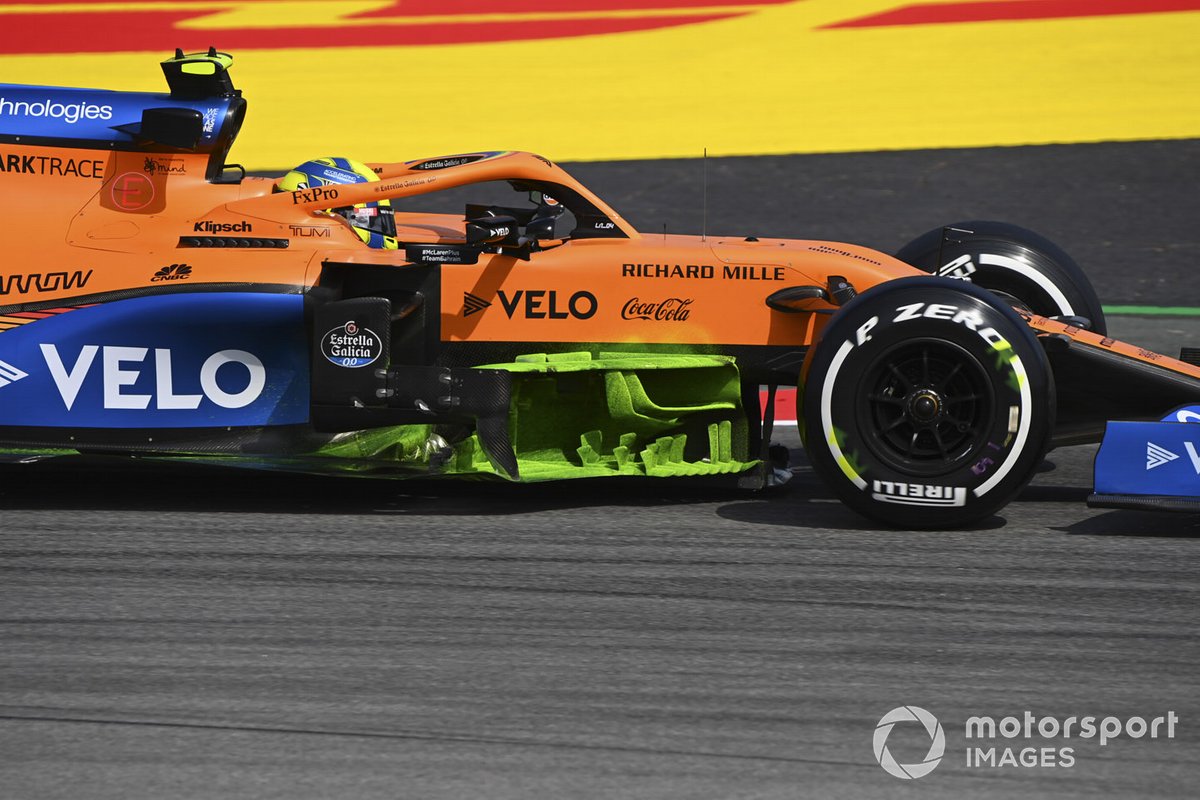 1/20
McLaren sprayed flo-viz on the bargeboard region of Norris’ car during FP1, collecting visual confirmation that the parts are doing as anticipated having only been introduced a few races ago. 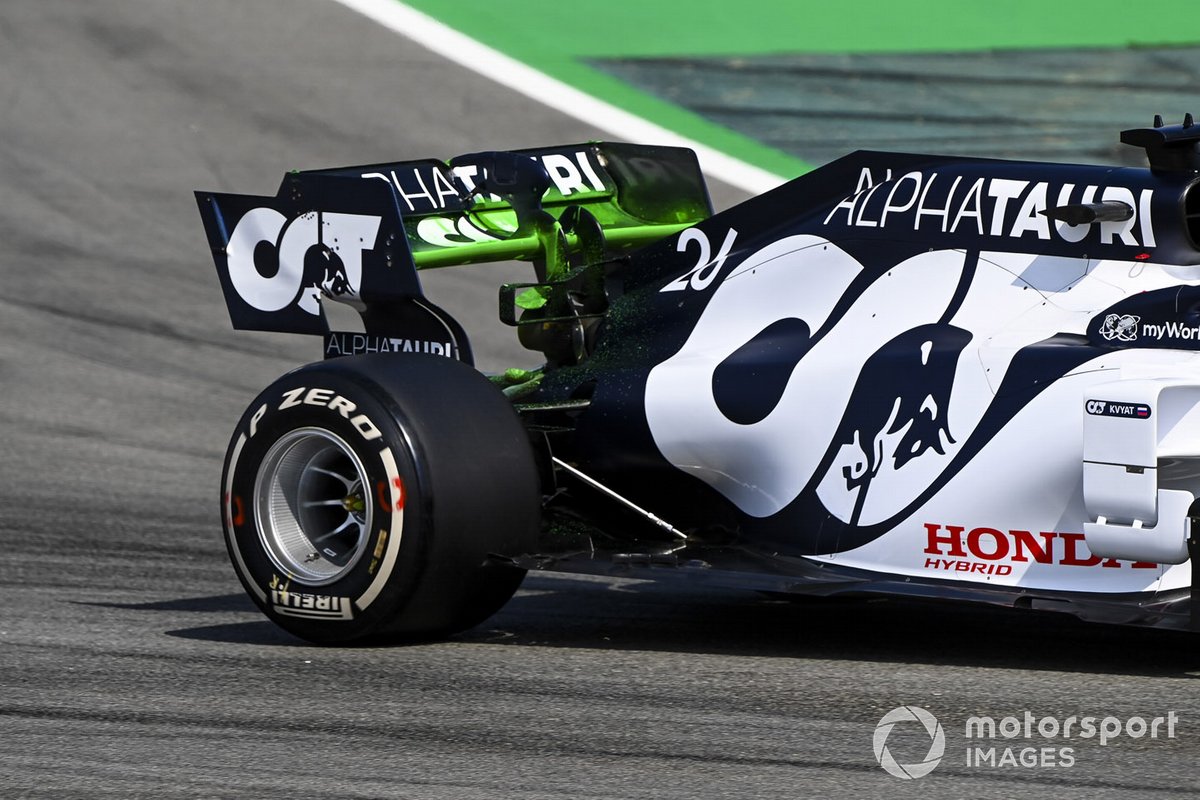 2/20
Flo-viz also sprayed on the rear wing of the Alpha Tauri AT01 as it uses a high downforce rear wing, T-Wing and monkey seat winglet all in combination with one another. 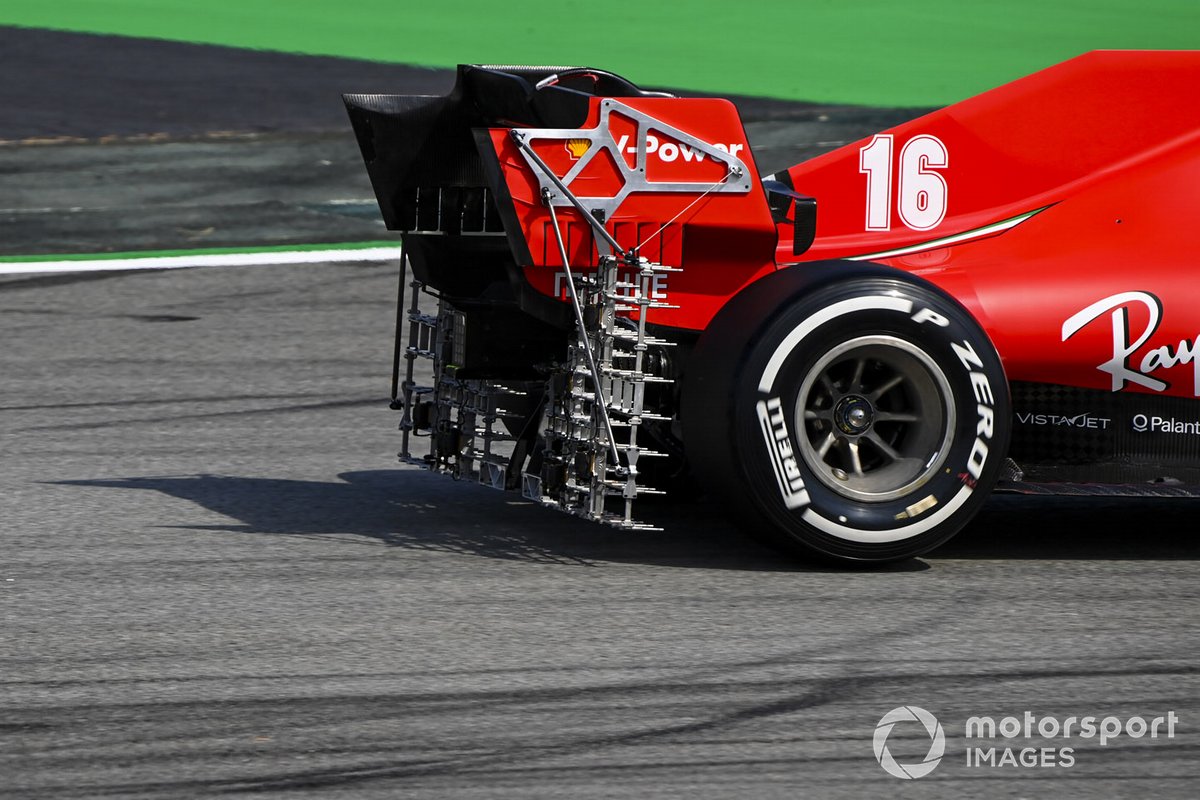 3/20
A large kiel probe array mounted on the rear of the Ferrari SF1000 to gather airflow data from the diffuser and the wake turbulence created by the rear wheels. 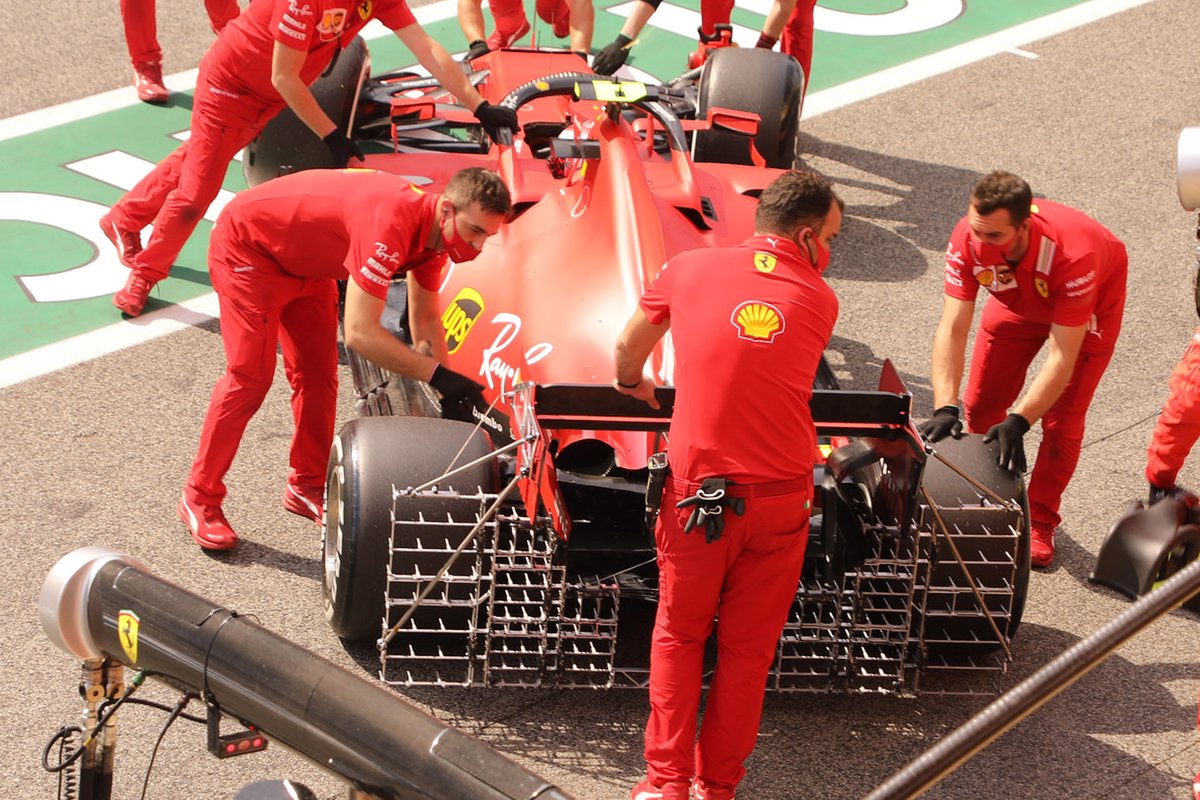 4/20
Another view of the kiel probe array at the rear of the SF1000, perhaps giving a clearer indication of what the team is trying to measure. 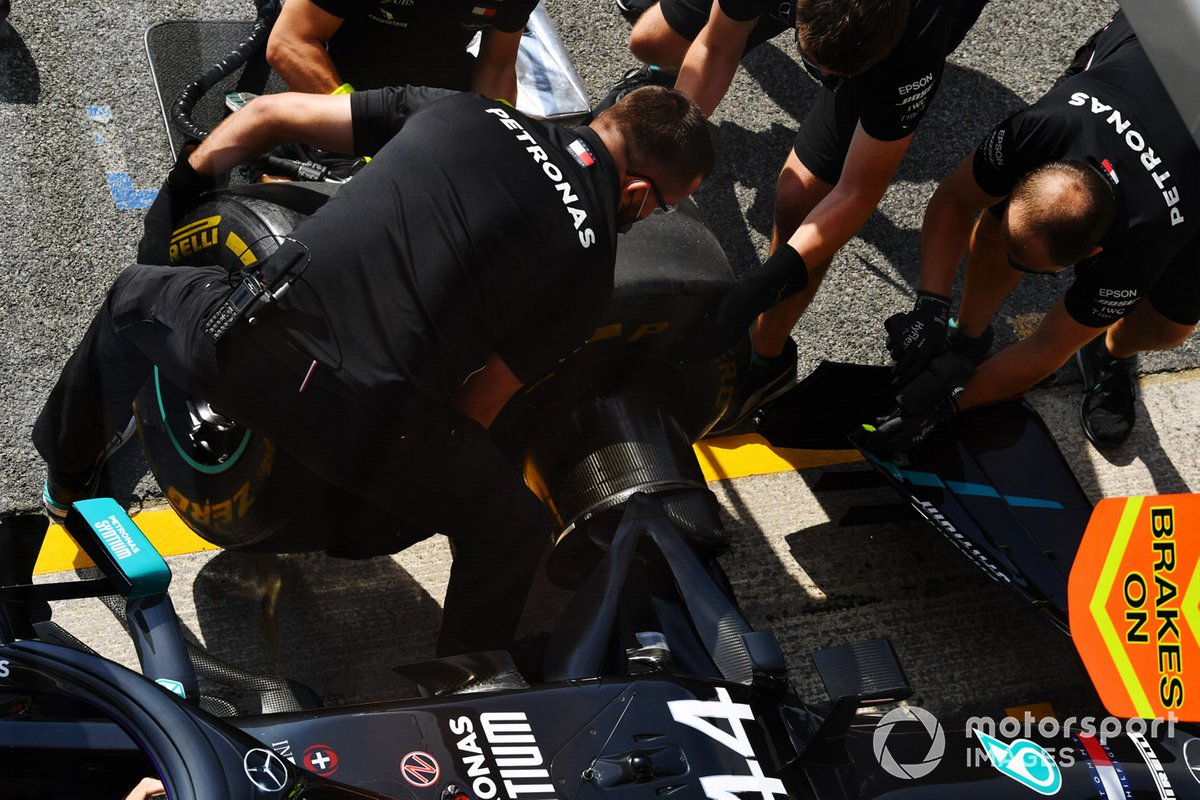 5/20
Pitstop practice for Mercedes shows a more closed off brake drum being used by Mercedes, whilst a mechanic makes an alteration to the angle of the front wing. 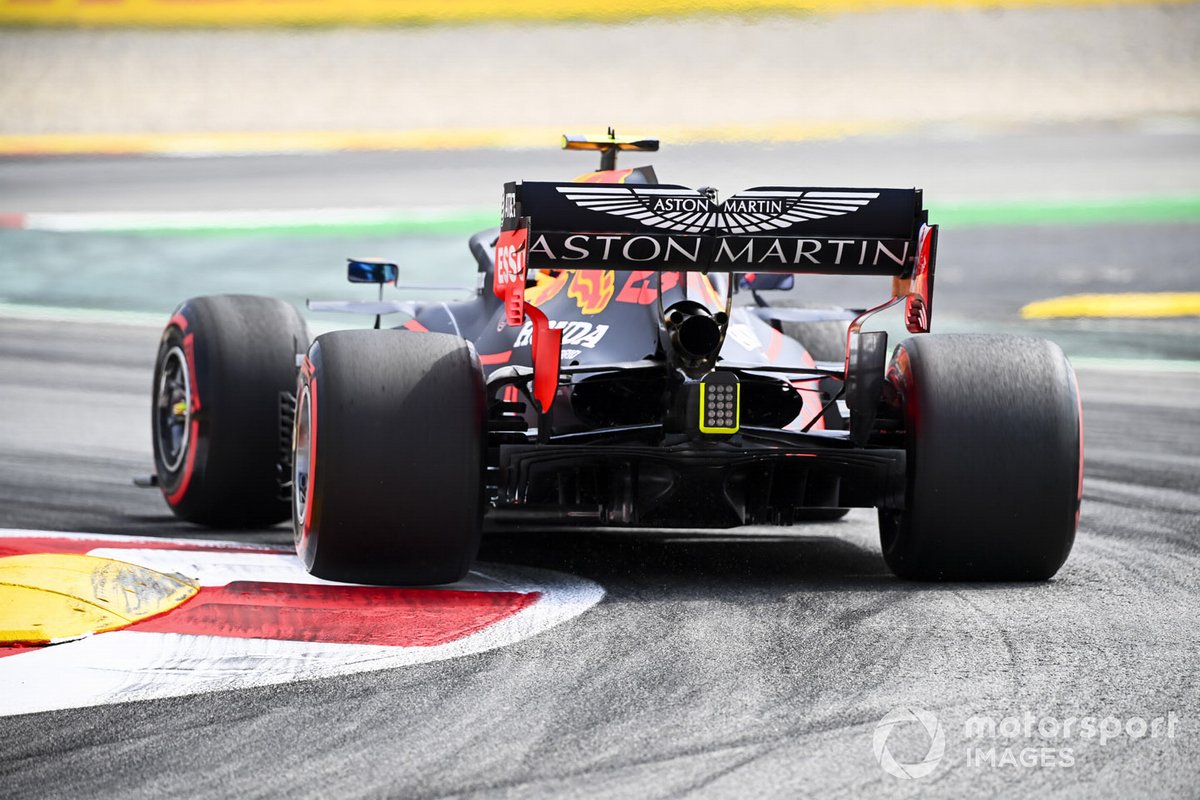 6/20
A great shot of the rear end of the RB16 showing off the complexity of the diffuser, the downward angled exit of the cooling outlet and the lower T-Wing first used in Hungary. 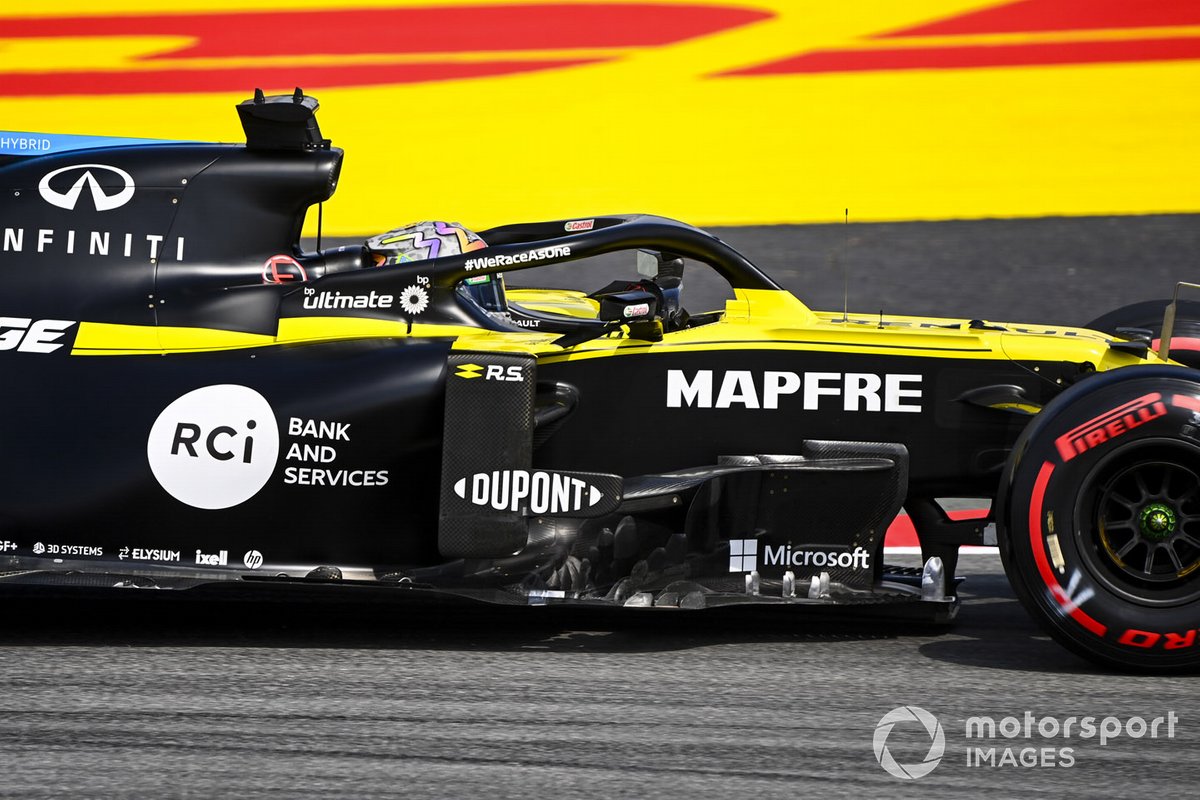 7/20
A look at the bargeboard and sidepod deflector region of the Renault RS20. 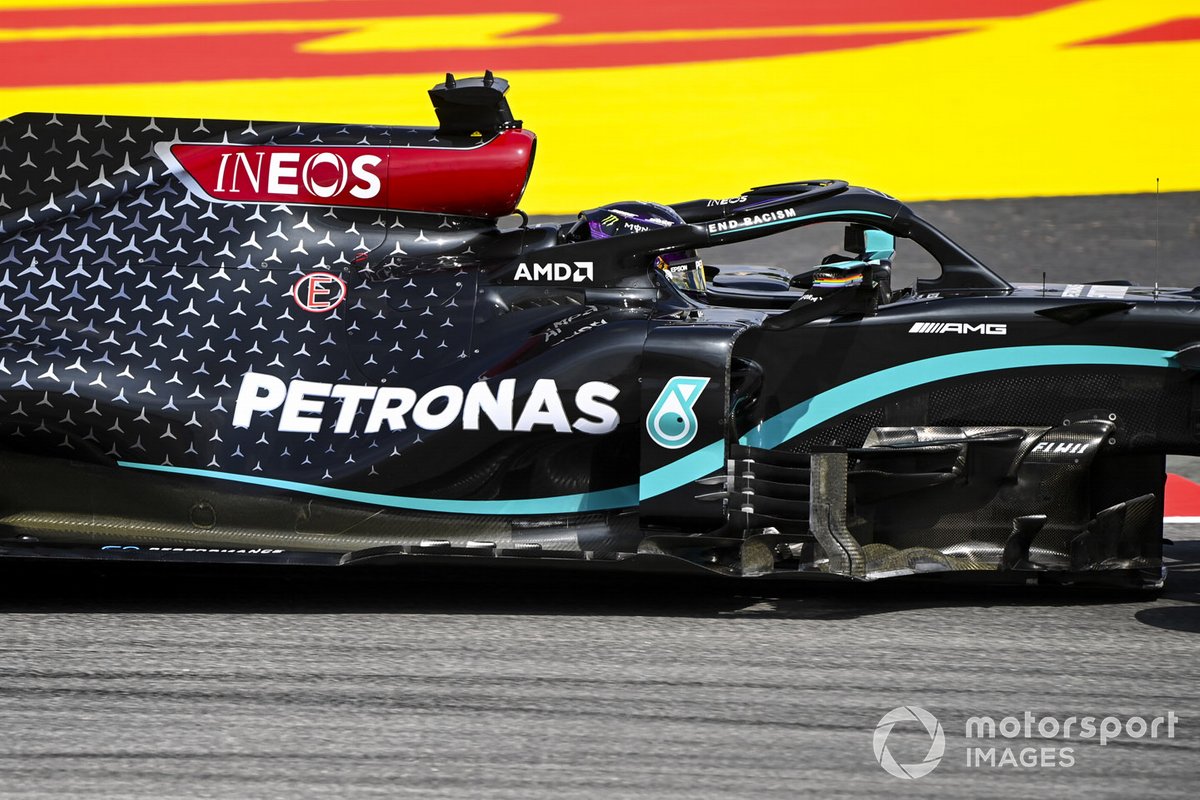 8/20
Comparatively a look at the same region on the Mercedes W11 which highlights the difference in approach to dealing with the various aerodynamic structures and turbulence in that region. 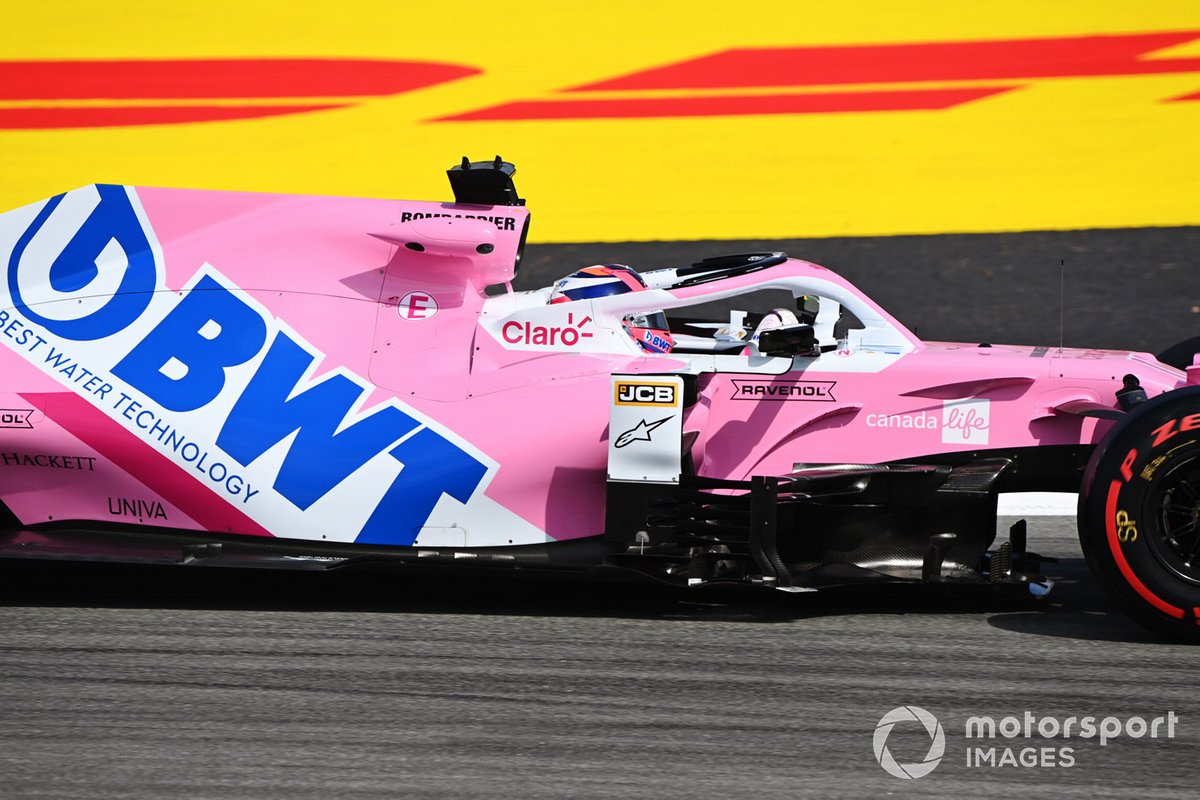 9/20
Similarly from an evolution point of view here’s the Racing Point RP20, which shows how certain aerodynamic surfaces have been altered to account for the change in sidepod philosophy between years/teams. 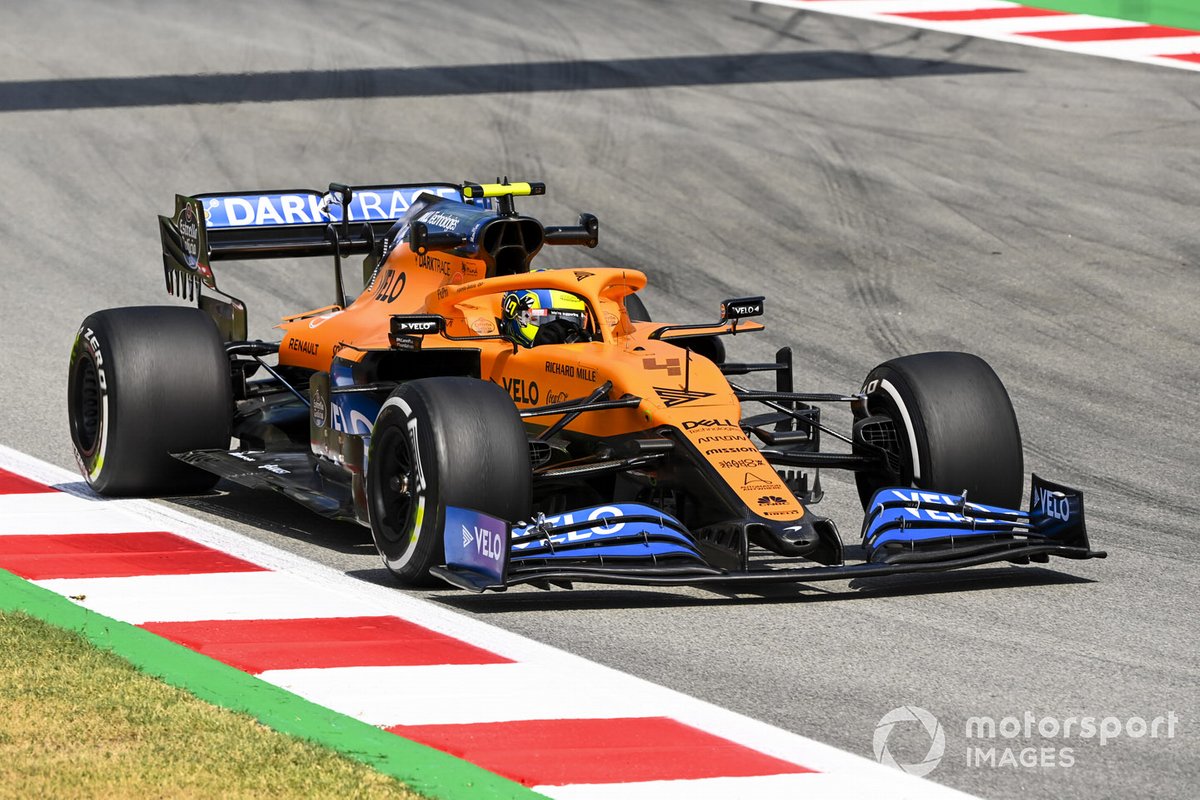 10/20
Lando Norris’ MCL35 outfitted with thermal imaging cameras in enlarged camera pods mounted on the side of the airbox. These IR cameras collect data on the front and rear tyres that can be used to improve tyre life and performance over a qualifying lap and a race stint. 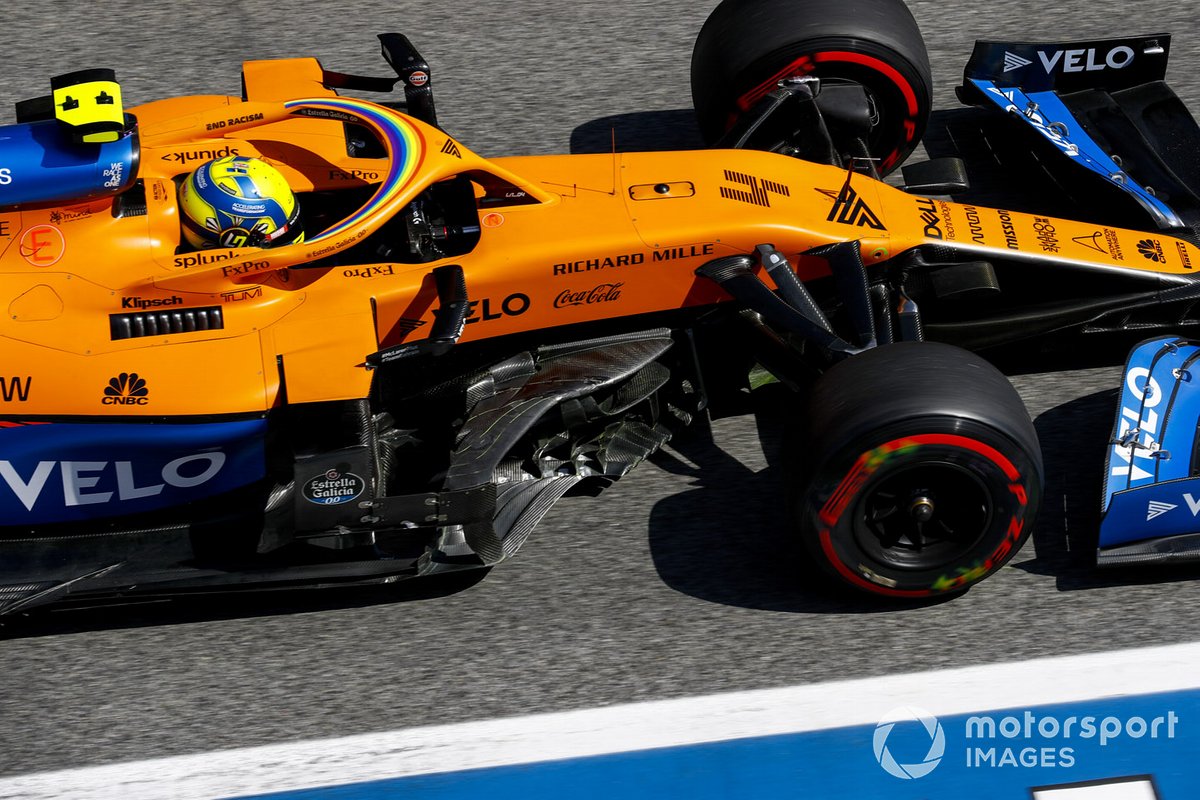 11/20
This angle of the MCL35 as it gives us an amazing view of the complexity level of McLaren’s bargeboards. Note all of the slots in the boomerang that match up with the broken up surfaces on the reference plane below. 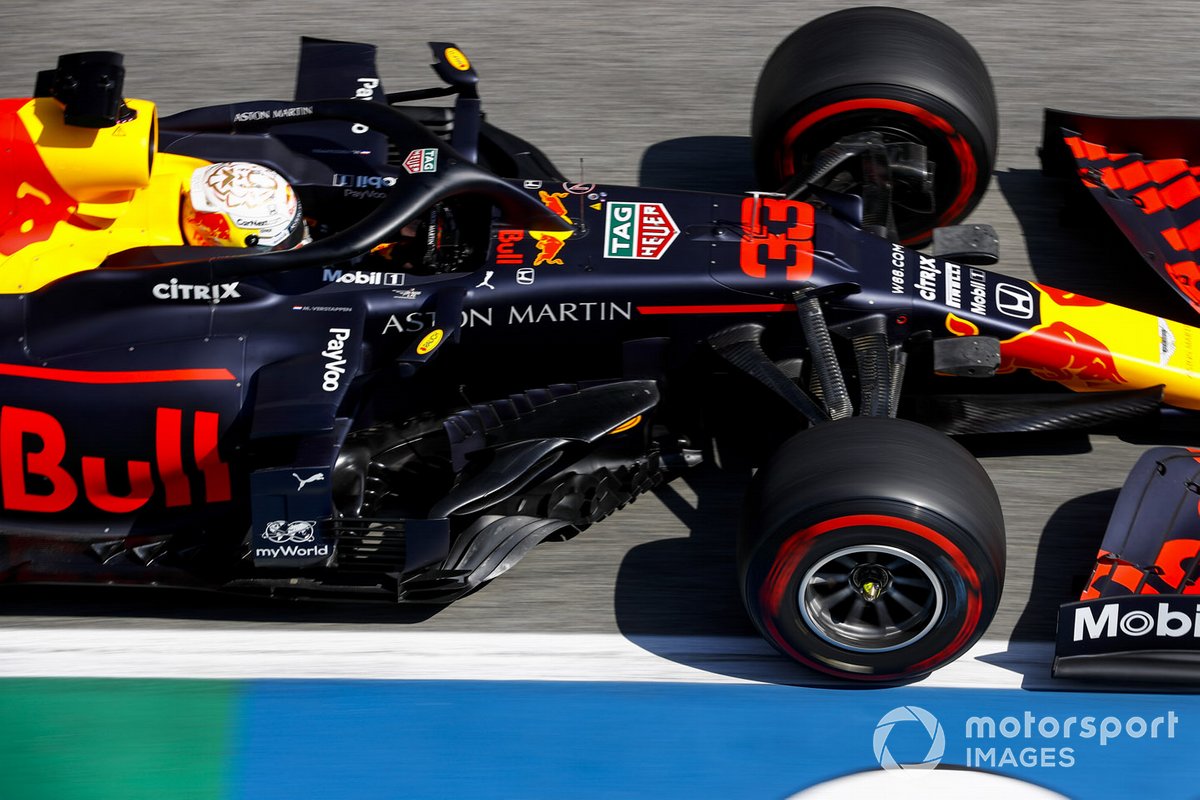 12/20
A similar shot/angle of the Red Bull RB16 allows you to contrast and compare the two approaches. 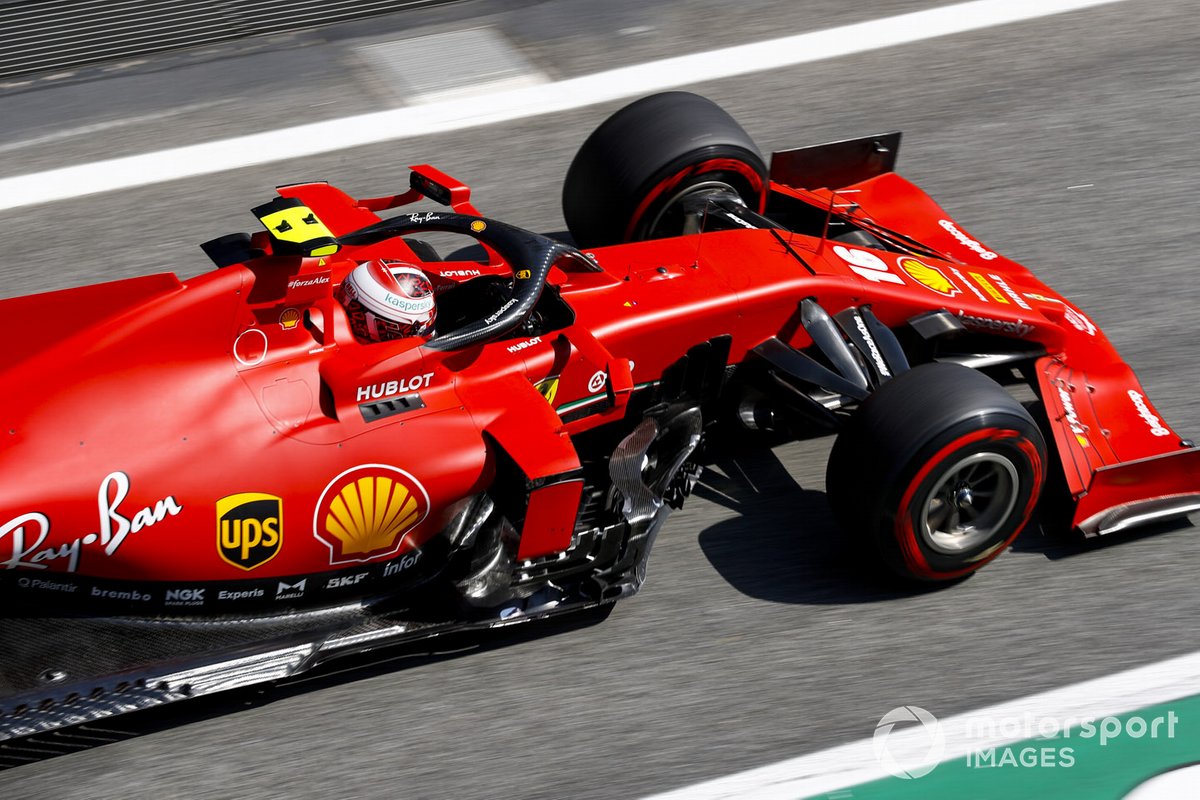 13/20
Another example, this time Ferrari who have that high reaching forward section of the main vertical bargeboard. 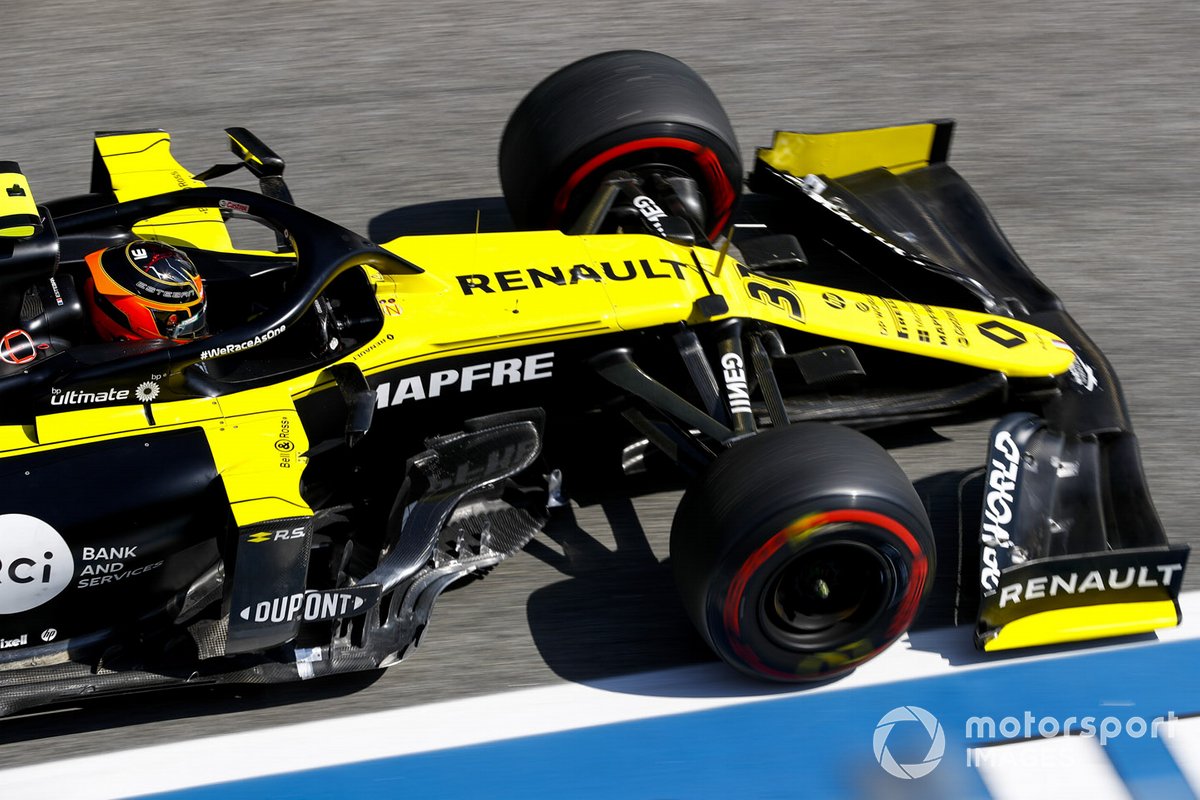 14/20
Renault's bargeboard and deflector region shows how the team deal with the overall design format. 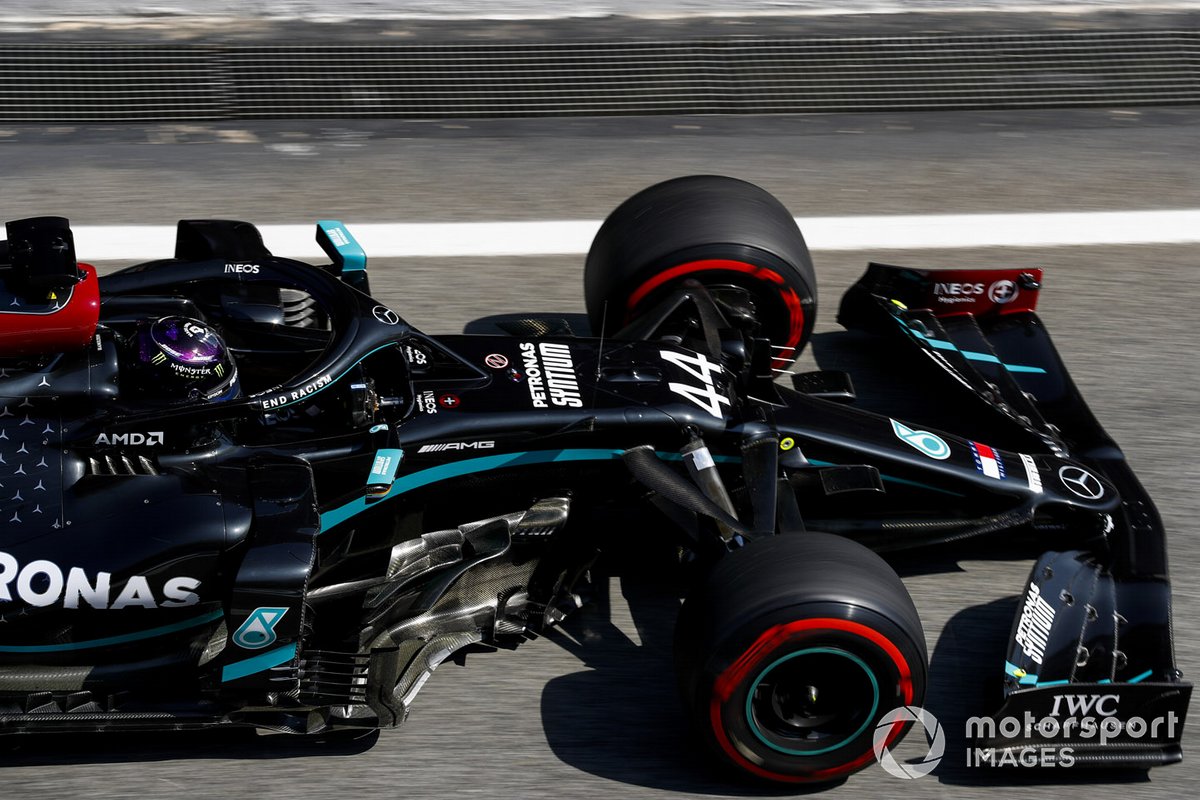 15/20
Let’s have one of the Mercedes W11 too, a team that has gone a slightly different way to the rest with their boomerang winglet, with that section made up of several surfaces, rather than one surface with slots embedded in it. 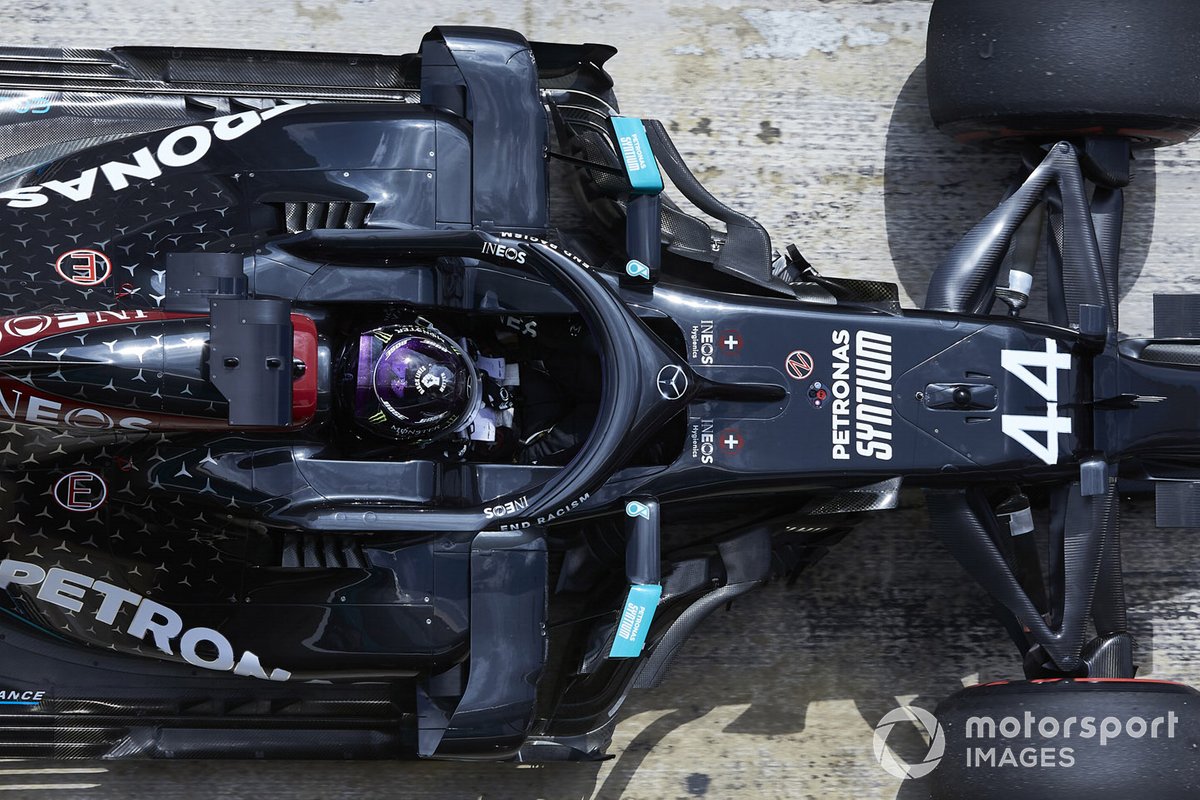 16/20
This top-down shot also gives a good impression of how those boomerangs differ on the W11 to most of the field. 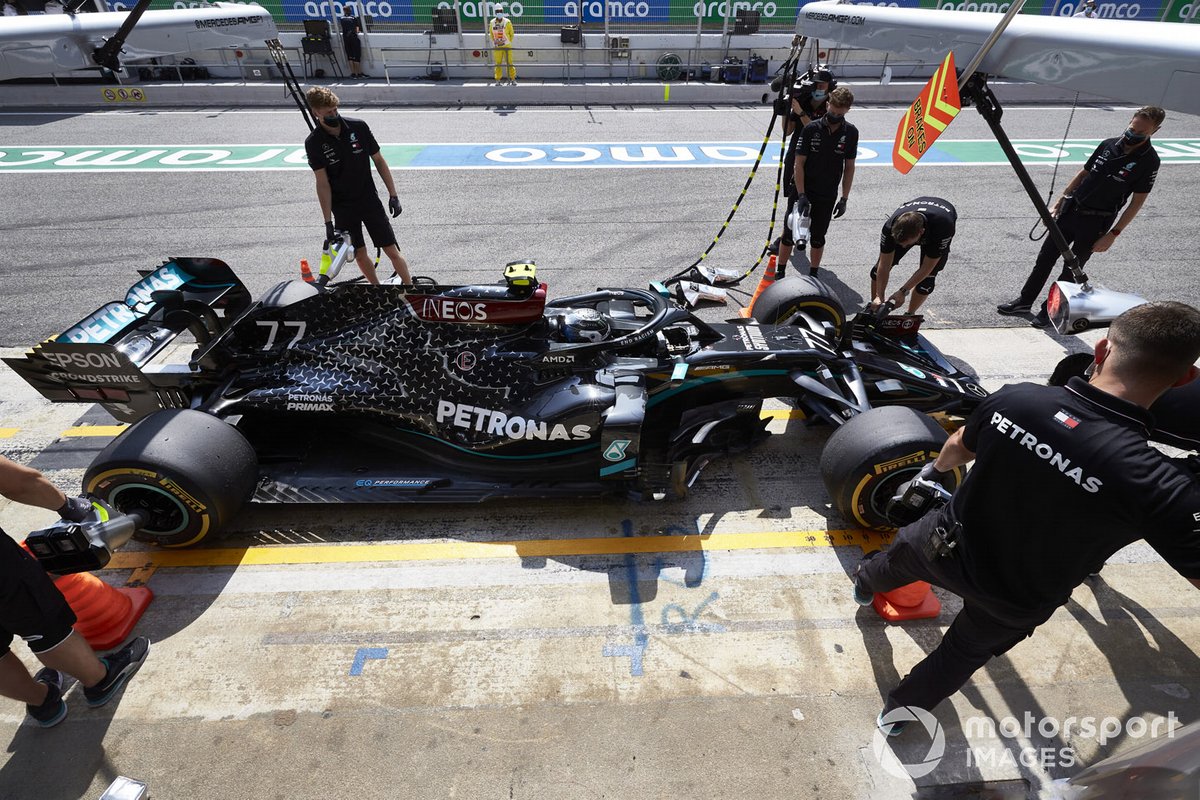 17/20
The insanely tightly packaged W11 seems to be shrink wrapped to the components at the rear end. Notice how the bodywork has been pulled in around the rear suspension as the team look for that ultimate tradeoff between cooling capacity and aerodynamic efficiency. 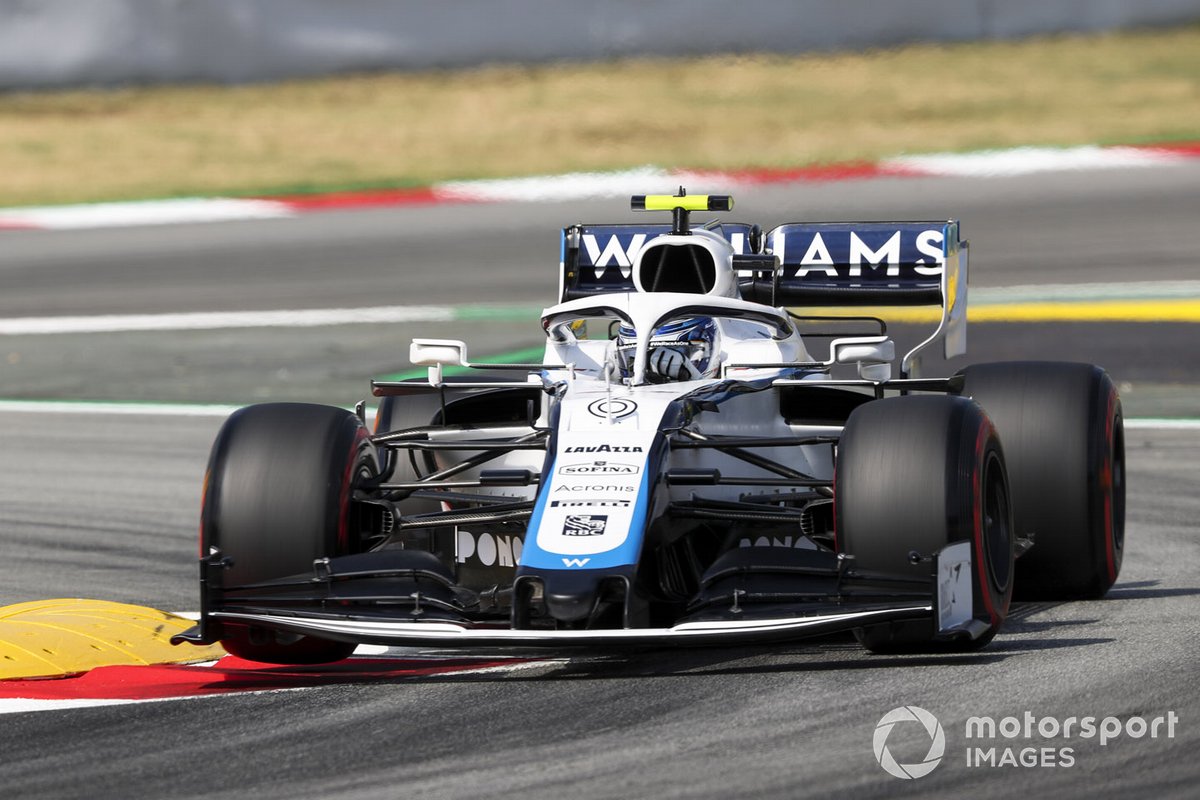 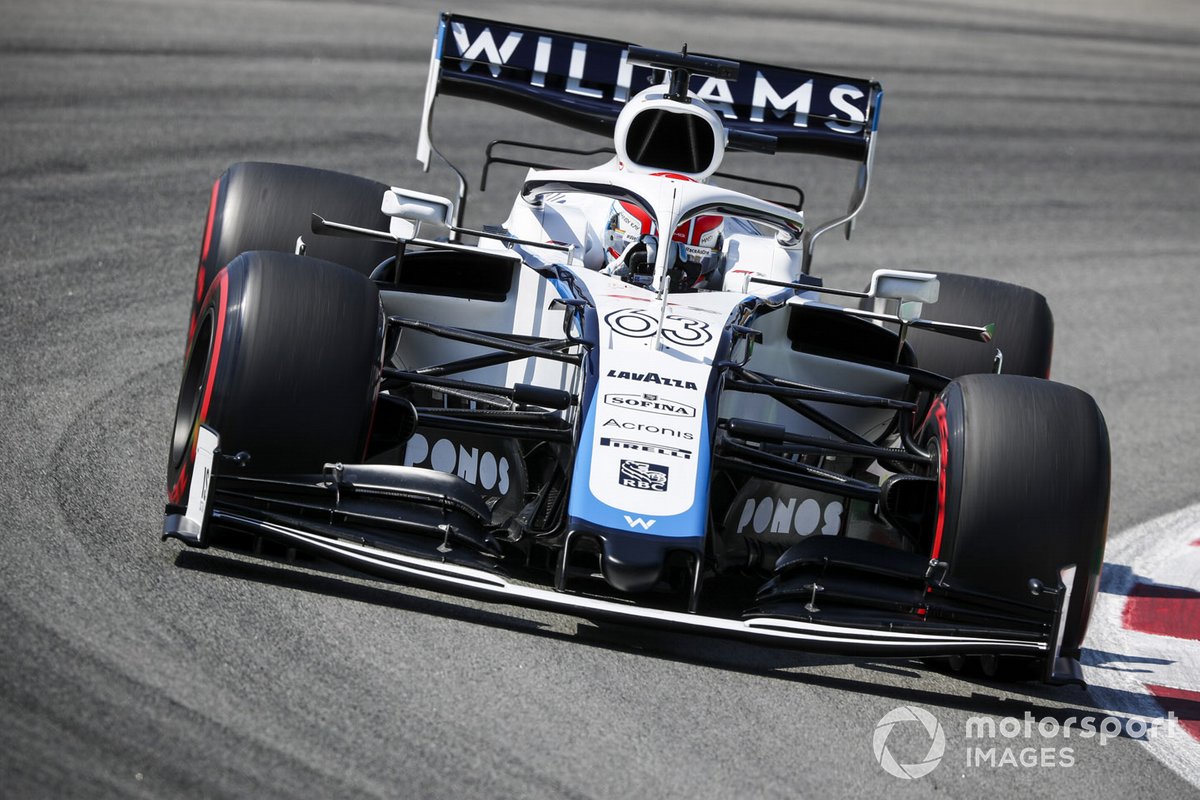 19/20
For the afternoon session both Williams drivers switched to the lower downforce spoon-shaped rear wing. 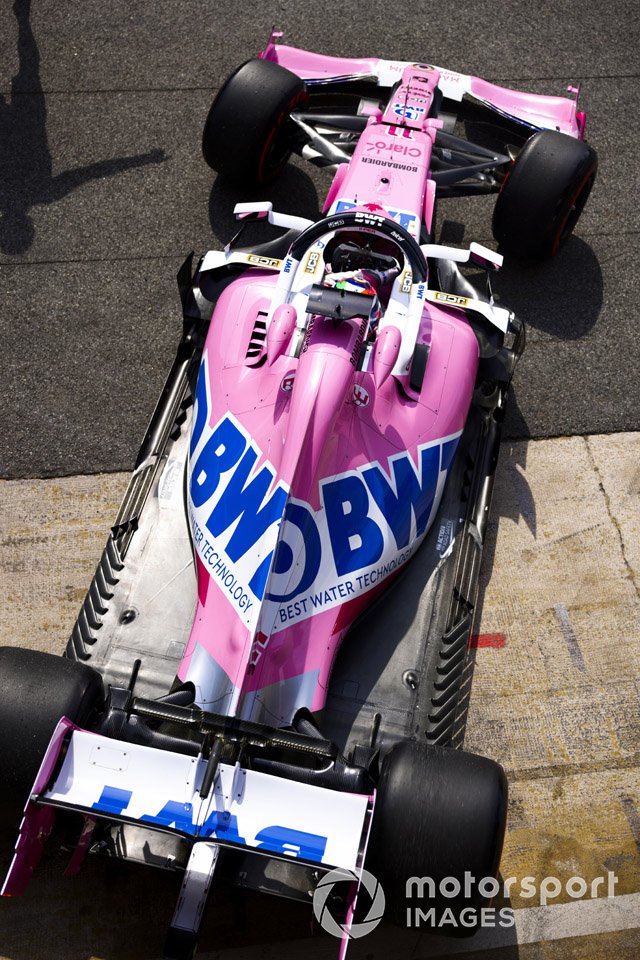 20/20
This top-down shot of the Racing Point RP20 shows how tightly packaged the car is at the rear, whilst significant cooling has been opened up around the cooling including the louvred panels and panel gapping between the halo and engine cover.