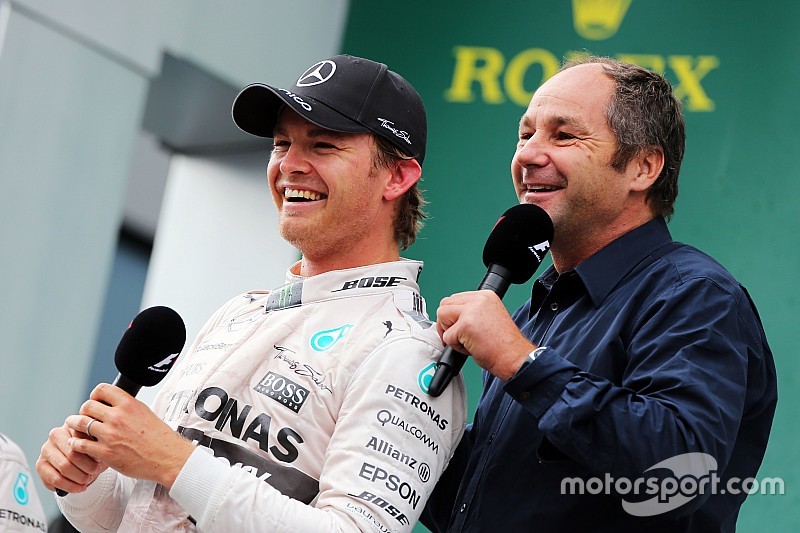 Gerhard Berger has confirmed that he will be representing Nico Rosberg in the world championship leader's efforts to secure a fresh contract at Mercedes.

The Austrian, who enjoyed a successful Formula 1 career at Ferrari, McLaren and Benetton, said he had been drafted in so Rosberg did not get distracted from his championship efforts.

Speaking to the official F1 website, Berger said about the situation: “It was pretty simple: I have known Nico since he was a little boy, as I raced against his dad Keke [Rosberg] for years.

"Last week both contacted me to see if I could do them a favour and negotiate Nico's new contract, as he wants to fully concentrate on the championship. I said, 'Of course!' It's kind of a friendly turn.”

There has been speculation in the Italian media recently that Rosberg could be open to a switch to Ferrari – but Berger has made it clear that the clear focus is on hammering out matters with Mercedes.

“I think everybody understands the others' position: Mercedes wants to keep Nico and Nico wants to stay with Mercedes,” he said. “But, of course, there has to be a firm view in the details - a rigid setting of the scene.

"To be honest it would really surprise me if we also started to negotiate with another team. But you never know. Clearly Mercedes is the first address for us."

Mercedes executive director Niki Lauda said in Monaco that he hoped the Rosberg situation could be sorted out over the next few weeks, but Berger explained it was premature to put a timetable on matters.

“I think the better question is when do the negotiations start. Let's get through Monaco, and then we will sit down,” he said.