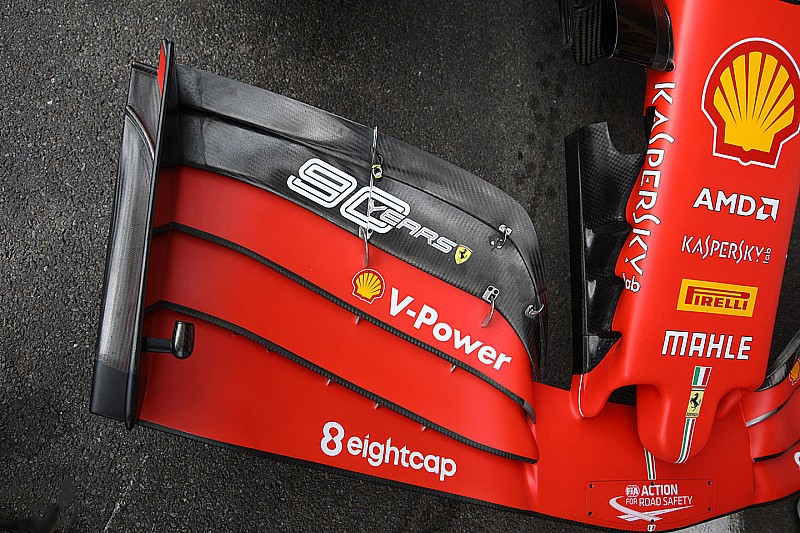 As F1 returns from its summer break, Giorgio Piola and Sutton Images bring you the Formula 1 technical updates on show in the Spa-Francorchamps pitlane at the Belgian Grand Prix, giving insight into the relentless development undertaken by the teams in pursuit of more performance. 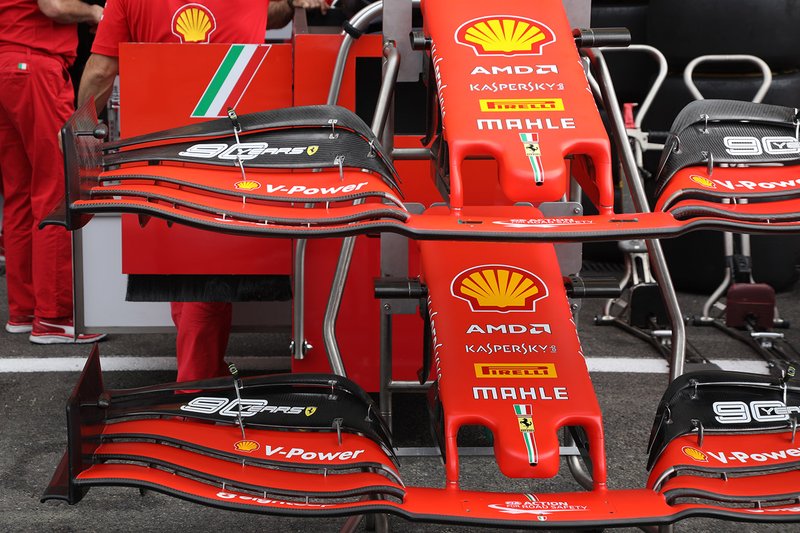 Ferrari has looked at trimming some downforce for the Belgian GP with the uppermost front wing flap sporting a shorter chord (lower wing shown here). 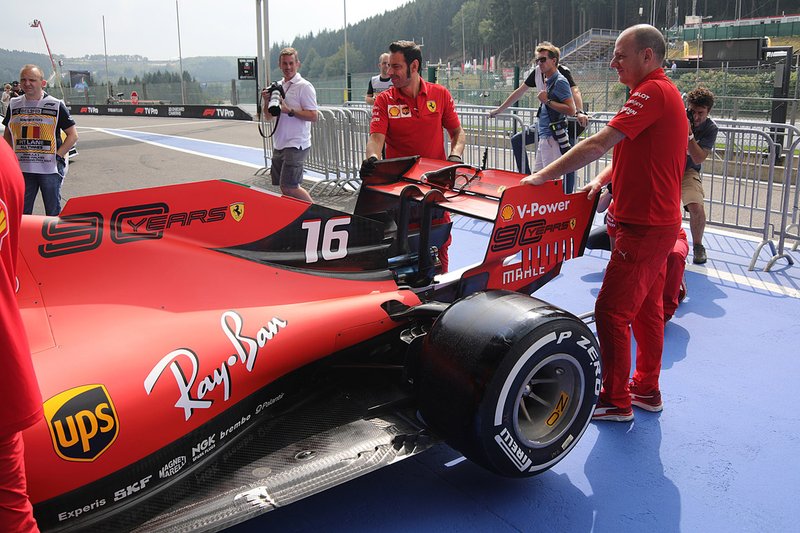 Ferrari also has made changes at the rear of the car as it rolled out the SF90 for scrutineering with a low-downforce rear wing. It may only turn out to be a test item ahead of the Italian GP but it’s certainly worth noting nonetheless. 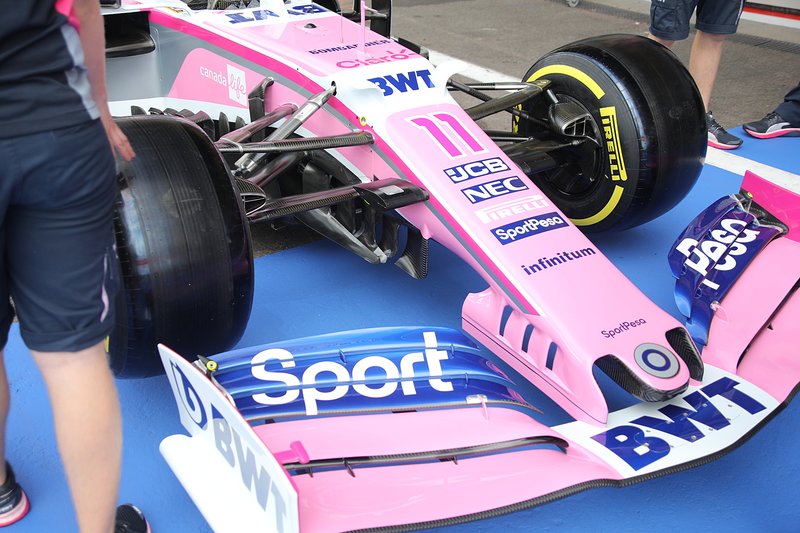 Racing Point unveiled the largest update part on Thursday when it wheeled out a new nose. The design is reminiscent of the one used by Ferrari – and previously by McLaren – with a long set of wing pillars used to control the airflow passing by, which is aided by the three slots in their surface. 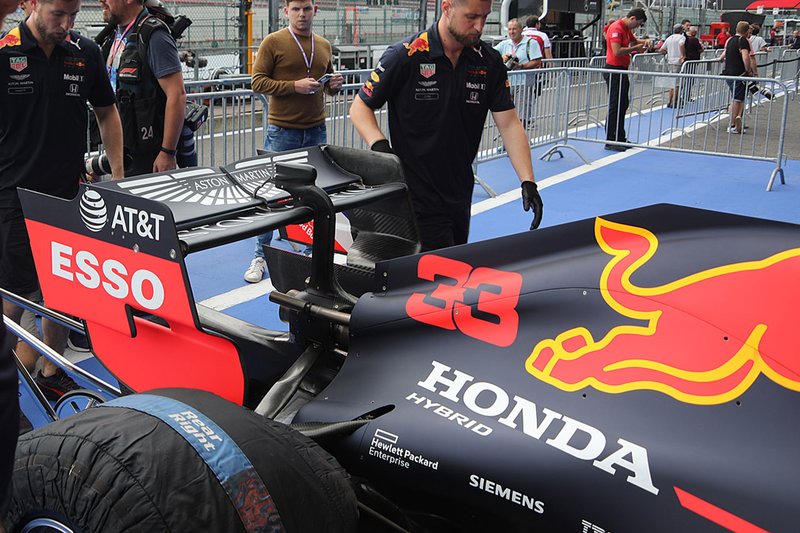 Red Bull also has a lower downforce rear wing available for the Belgian GP with the team looking to mitigate any differences in power unit performance against its closest rivals. 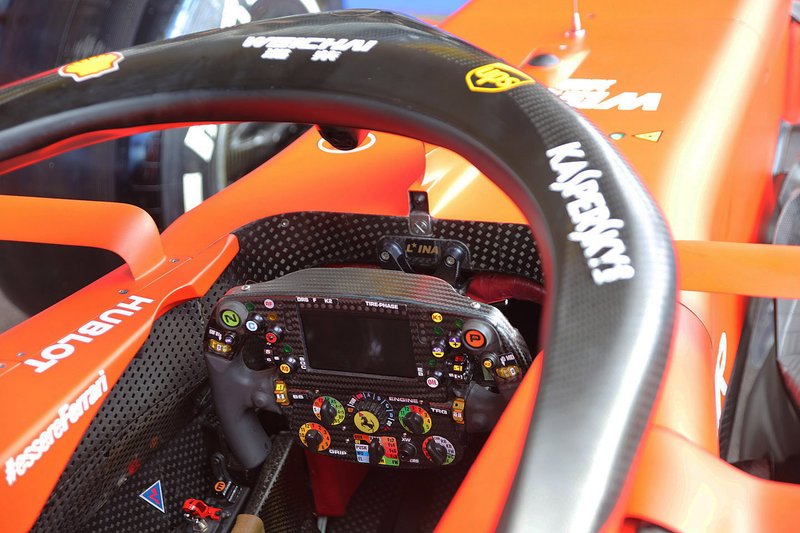 The view into Sebastian Vettel’s cockpit and a look at the various buttons, rotaries and paddles that he must utilize to control the various power unit functions. 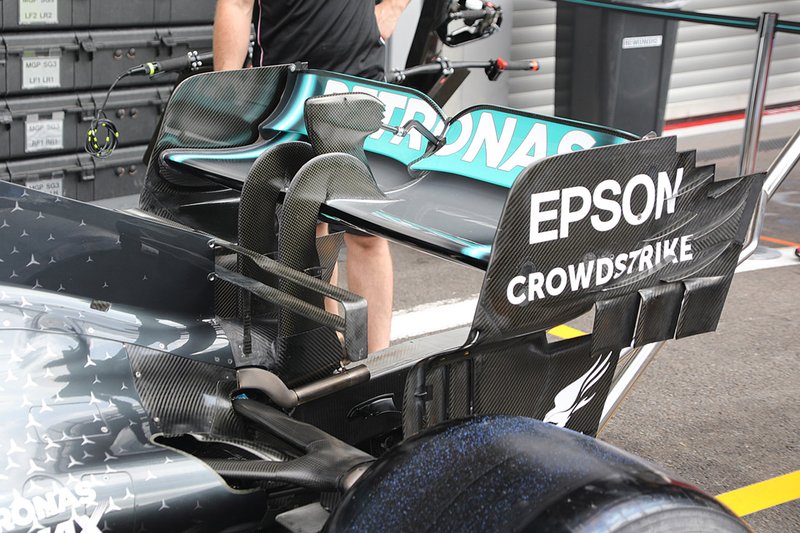 Mercedes’ latest specification rear wing, complete with the sawtooth endplate cutouts, used to alter the tip vortex and with it the downforce and drag that’s created. 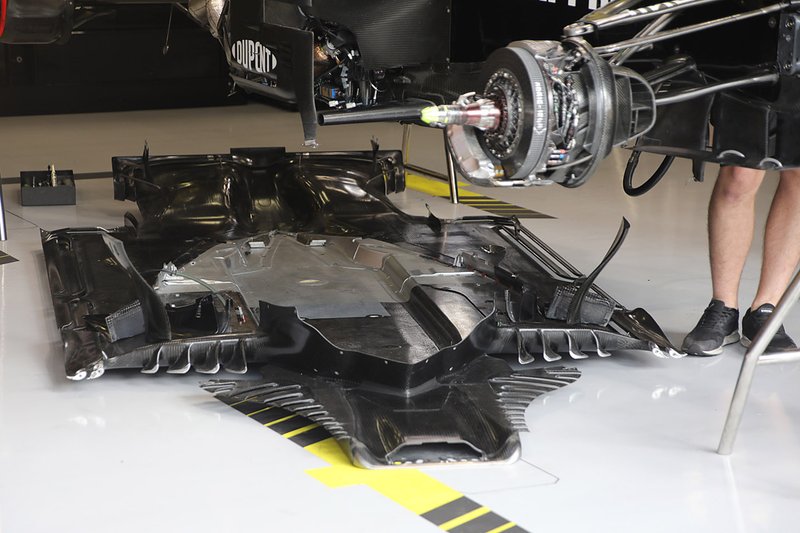 The Renault team left the floor adrift while working on the car, affording us a great view of the details ordinarily obscured by other parts of the car. Check out the various slots in the arrowhead shaped splitter section and the four strakes on the leading edge of the upturned floor. 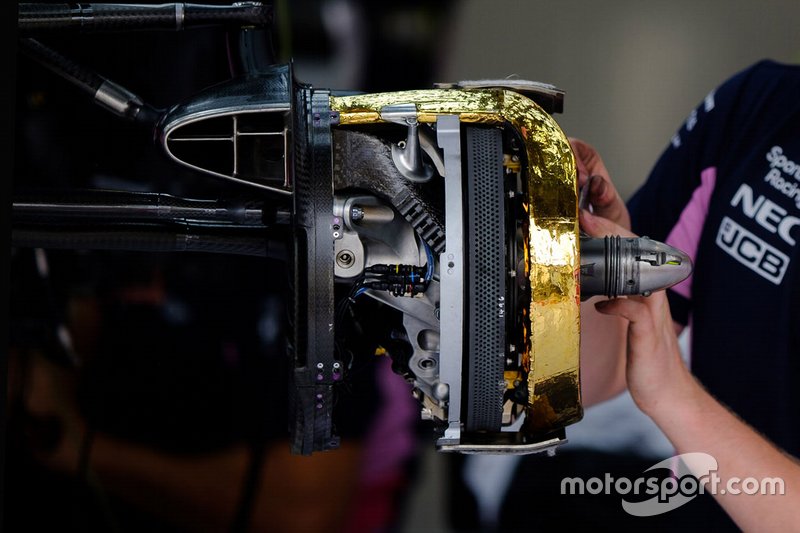 The Racing Point RP19’s front brake assembly has some gold reflective surfaces in order that heat generated by the brakes doesn’t impact the airflow passing through the wheel rim for aerodynamic purposes. 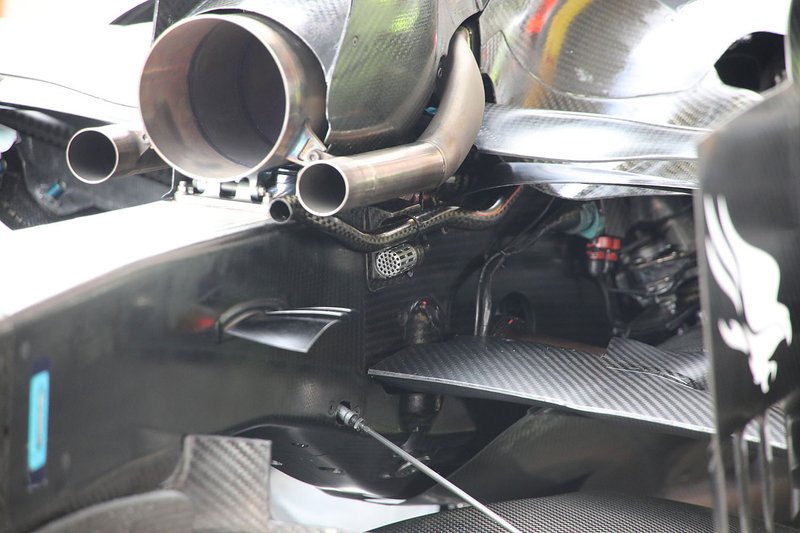 A close-up of the Mercedes W10’s rear end and, more specifically, the exhaust layout reveals numerous details, including the tortuous route the wastegate pipework must take to go over the suspensions upper wishbone. Also note the black pipe that exits just inside of the right-hand wastegate pipe, this dispatches oil vapour created by the power unit. 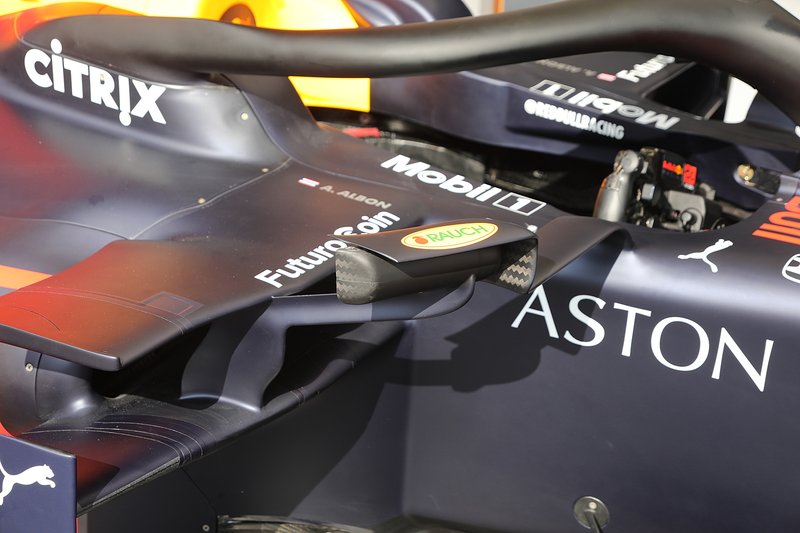 A close up of the Red Bull RB15’s wing mirrors, which have been split up into multiple surfaces in order that they have less of an aerodynamic impact. 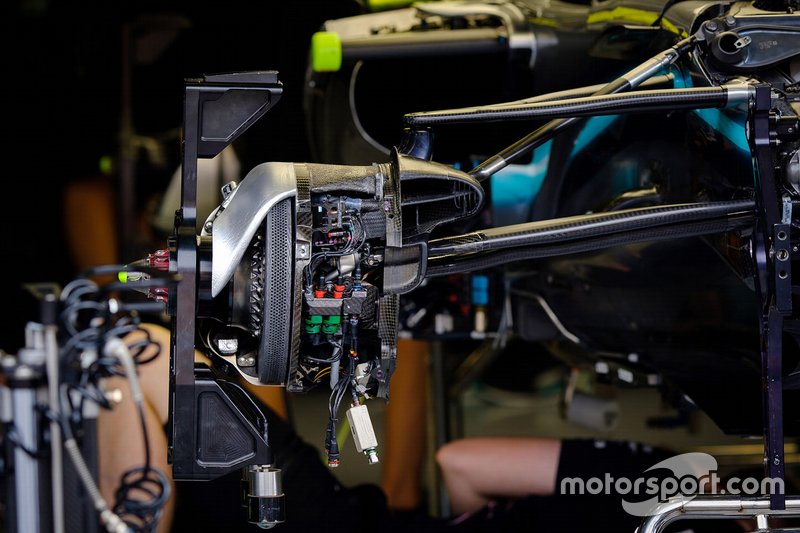 The Mercedes W10’s front brake duct assembly features a crossover pipe (the silver one) that takes airflow collected by the outlet and sends it out the wheel face, altering the turbulence created by the front tyre/wheel. 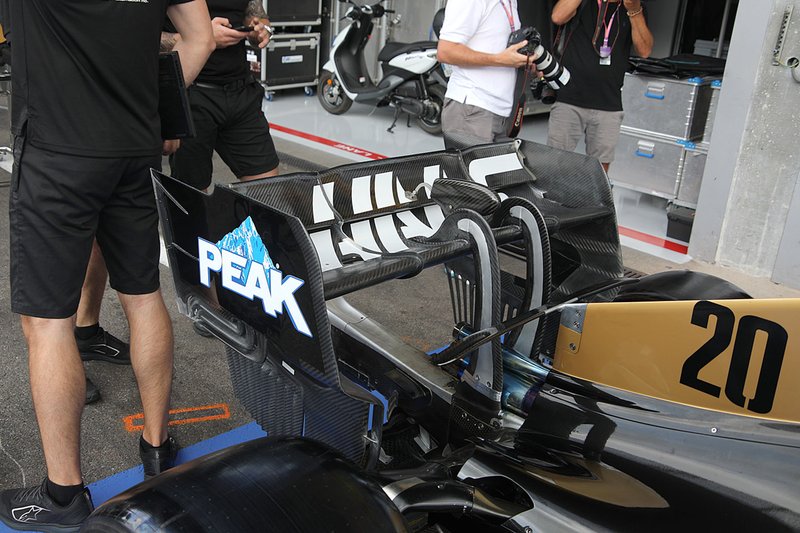 Haas continues to evaluate the latest specification rear wing design, which features three sinuous strakes rather than the usual vertical arrangements used elsewhere. It’s also worth noting that the team are running a fairly substantially sized rear wing compared to the other teams too. 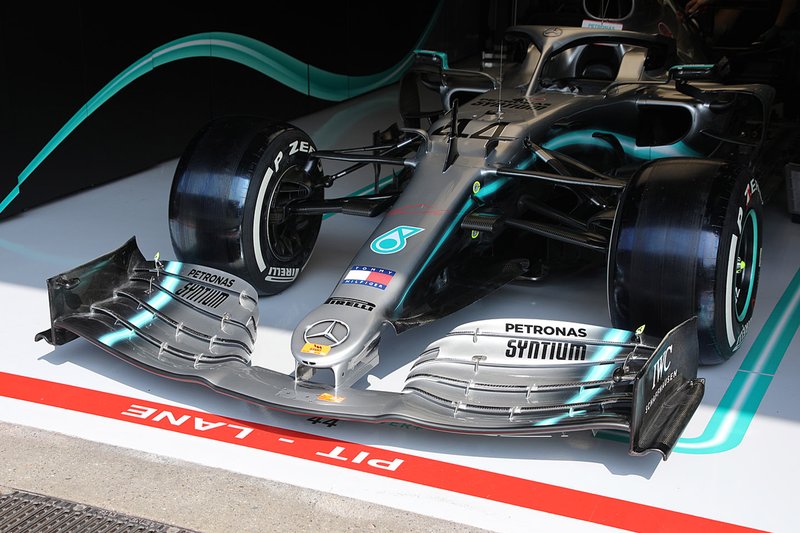 This look at the Mercedes W10 doesn’t reveal any massively new features, but it’s worth noting the use of the lower fins on the brake duct fence, the under-nose cape that it pioneered and has since been adopted by most of the grid, and the horn-style winglets on the vanity panel that have also been widely embraced. 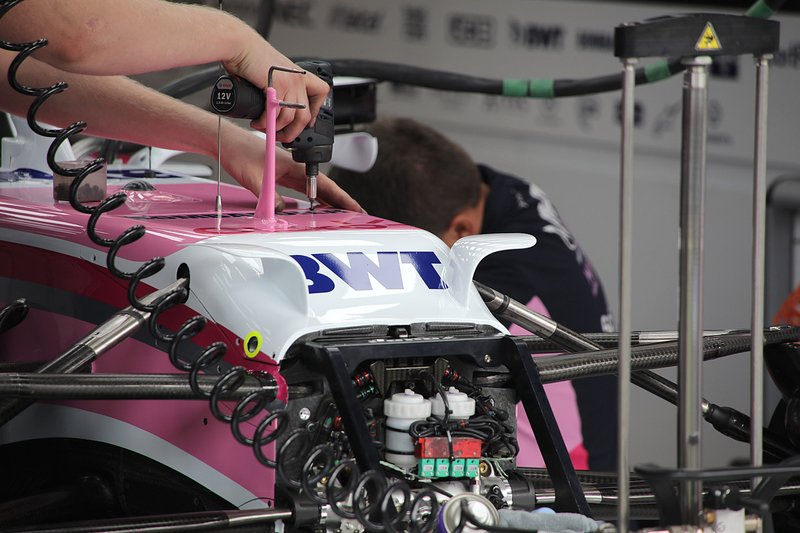 Racing Point’s vanity panel which has been recently furnished with these horn-style appendages, much like we’ve seen Mercedes run since the start of the season. 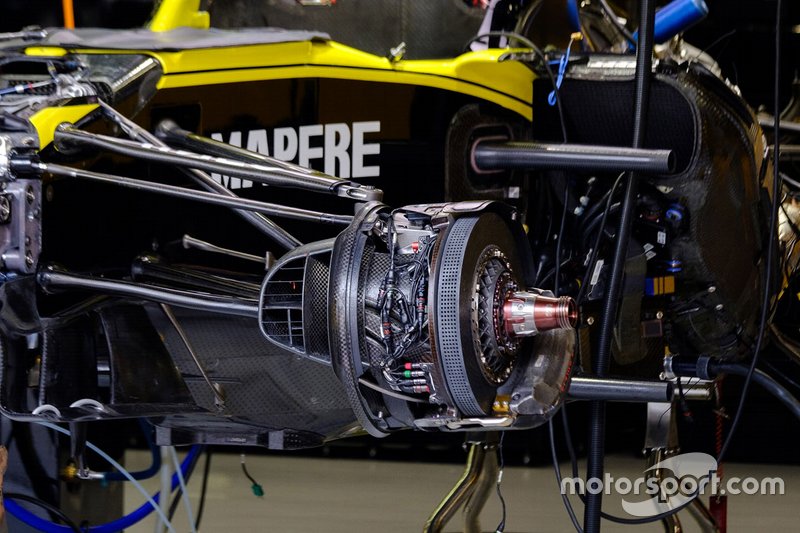 A close-up of Renault’s front brake assembly without the brake drum attached. This allows us to see how the airflow is transported from the inlet to the various parts of the brakes and how it’s also used to direct airflow out through the wheel rim. 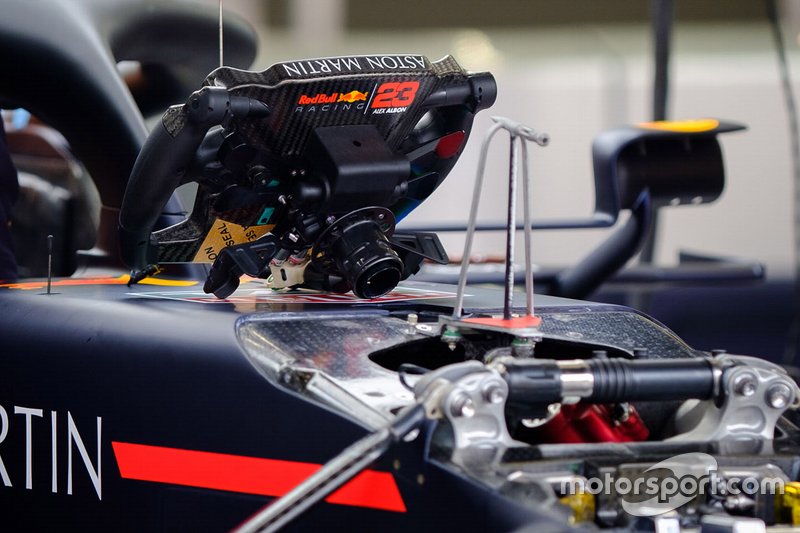 The back of Alex Albon’s steering wheel showing how the freshly promoted Red Bull driver prefers his clutch and gear change paddles to be mounted. 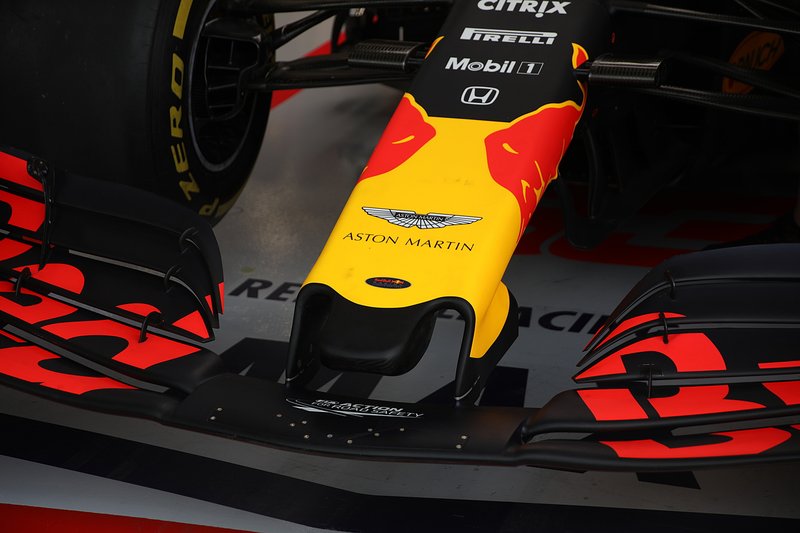 It would appear that Red Bull will utilise the nose without an inlet in the tip for the Belgian GP, as previously seen in Monaco. 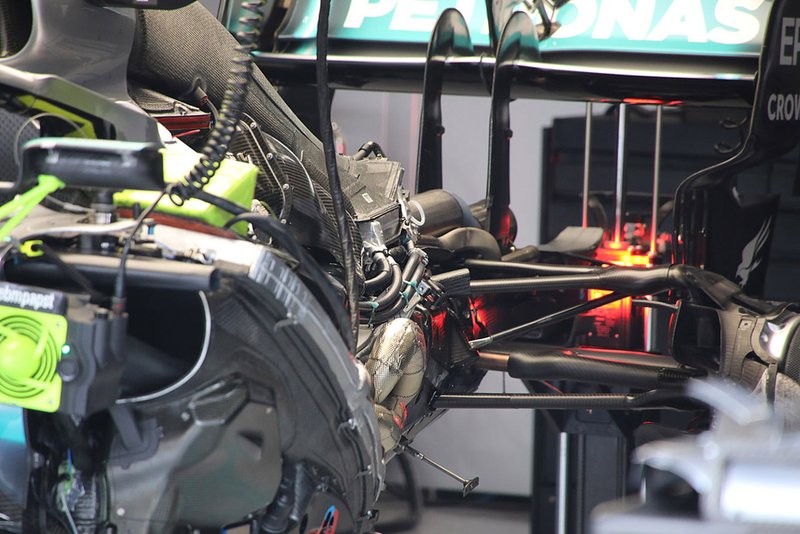 This photo of the Mercedes W10 shows just how tightly packed the power unit and rear end are. 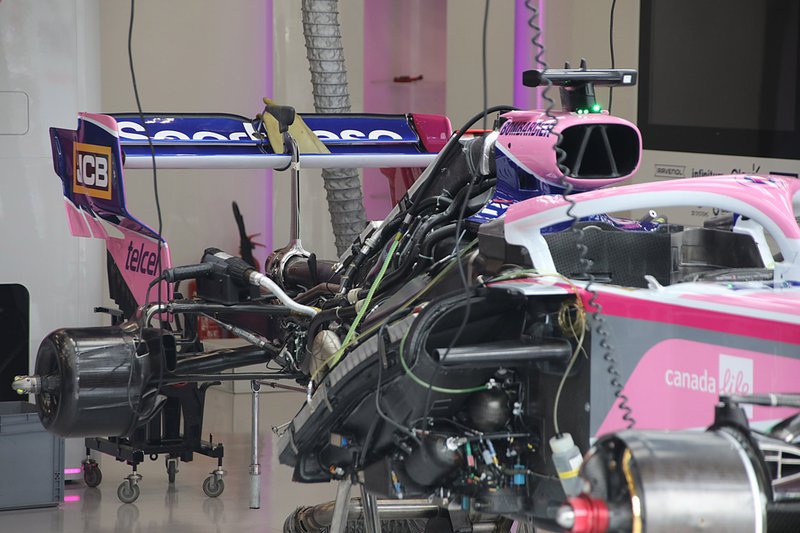 This shot of the Racing Point RP19 is fantastic for those of us that like to see under the covers of these cars, with all the inner workings of the car and power unit on full display. We can also see how Racing Point followed Ferrari’s lead, lowering the side impact spar and giving a clearer line of sight for the airflows path toward the sidepod cooling inlet. 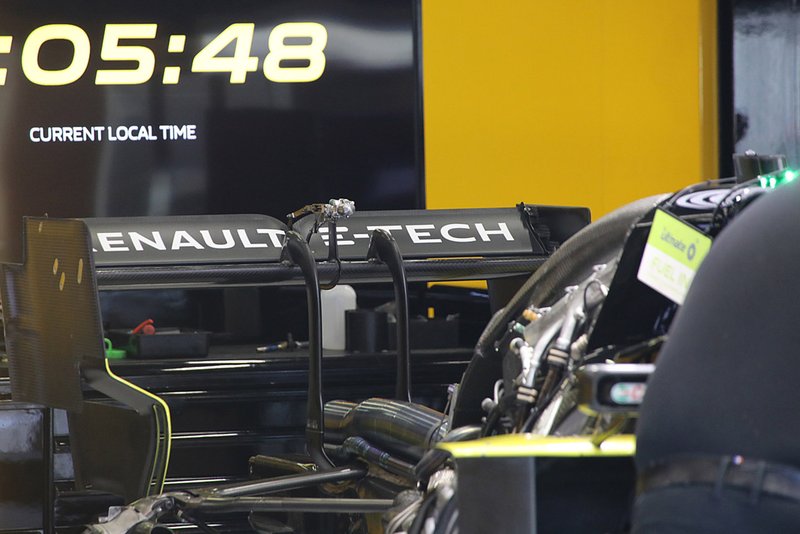 The relatively simple rear wing being used by Renault this weekend features a top flap and mainplane that occupies much less space than is allowed, indicating a desire to reduce drag for the long straights around Spa. 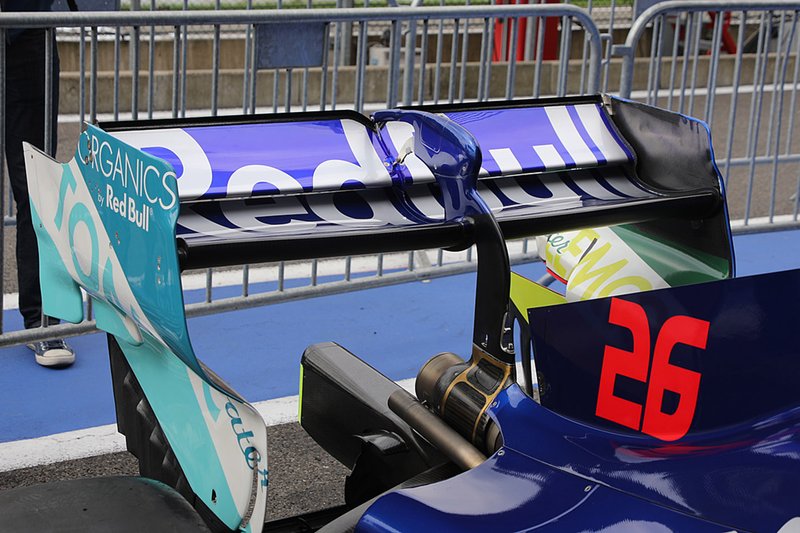 Toro Rosso with another simplistic low-downforce rear wing approach for Spa. However, note the pinched leading edge on the endplates, a design which it has sported for some time but will be a big help this weekend, as it looks to shed drag. 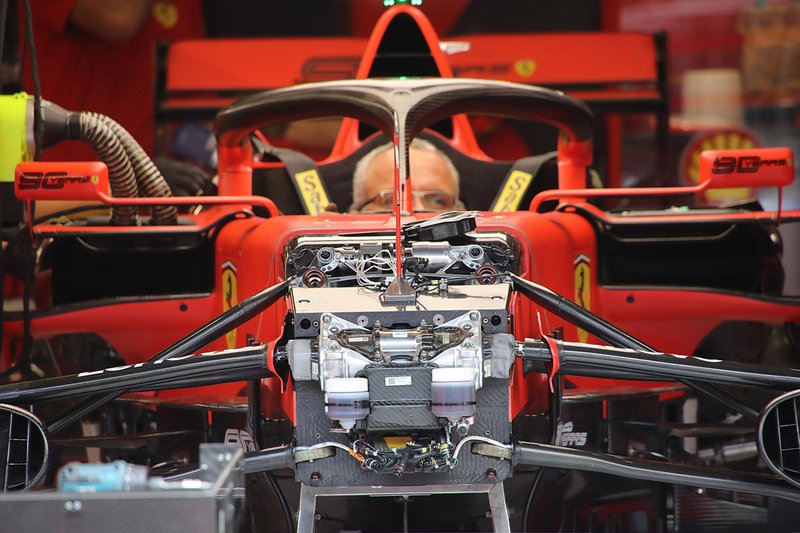 Without the nose and vanity panel in place we’re afforded a good look at the Ferrari SF90’s front suspension arrangement. 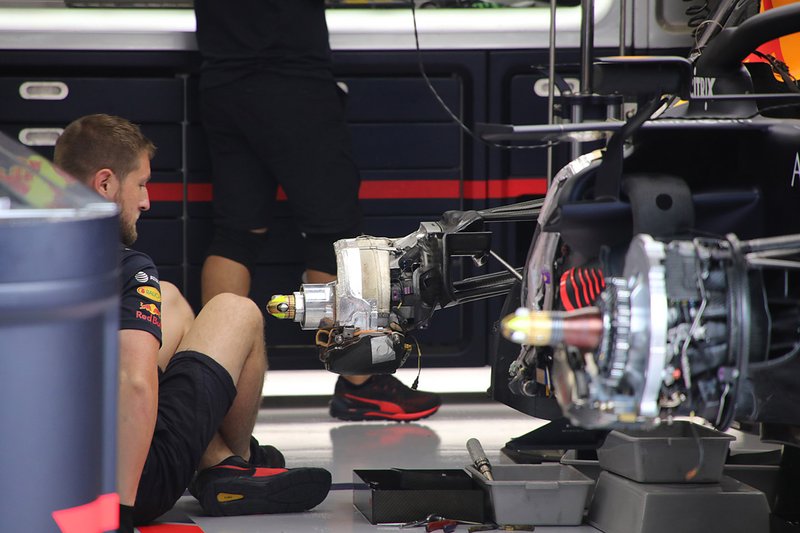 A look at the Red Bull RB15’s rear brake assembly in a state of undress, which shows how the team has heat protective material housed within in order that the cooling airflow passing through isn’t just immediately heated by the work done by the brakes.

Explore the low-downforce packages on display at Spa