Numerous Formula 1 teams have brought lower-downforce wings in preparation for the Belgian Grand Prix in a bid to boost their straightline performance and top speed. 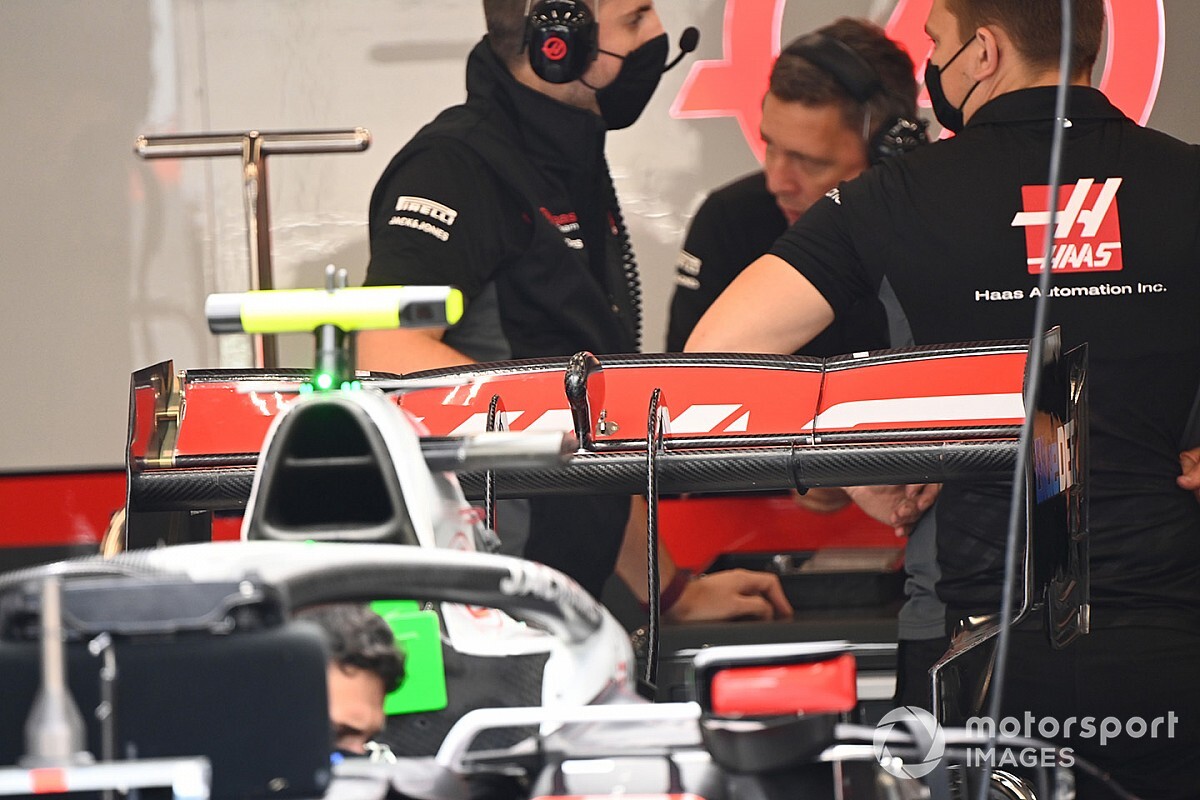 The Spa-Francorchamps is traditionally one of the lower-downforce circuits of the year, only eclipsed by Monza, which often requires a bespoke aerodynamics package to make the most of the car down the litany of straights.

Spa, however, has a few more lower-speed sections, requiring a little more downforce than Monza throughout the lap.

This means that aero packages for the circuit nestled within the Ardennes are generally a trimmed-out version of the configurations seen at Silverstone - another high-speed circuit.

The Haas team has taken this to an extreme, and the American outfit's VF-20 car was spotted in its garage on Thursday with a very low-downforce rear wing.

The upper element features Haas' traditional V-shaped cut-outs at the quarter and three-quarter points along the wing, but overall features a much shorter chord length to create a very slim element.

This is paired with the wing mainplane, which has been moved upwards to reduce the overall area of the wing, taking out a lot of the drag produced.

Haas appears to have retained the Gurney flap on the wing's rear edge, aiming to claw back a little of the downforce lost by making the wing smaller in size.

McLaren has made a few modest changes to the wing seen at Barcelona, raising the mainplane to shave off some of the overall drag produced by the wing geometry. 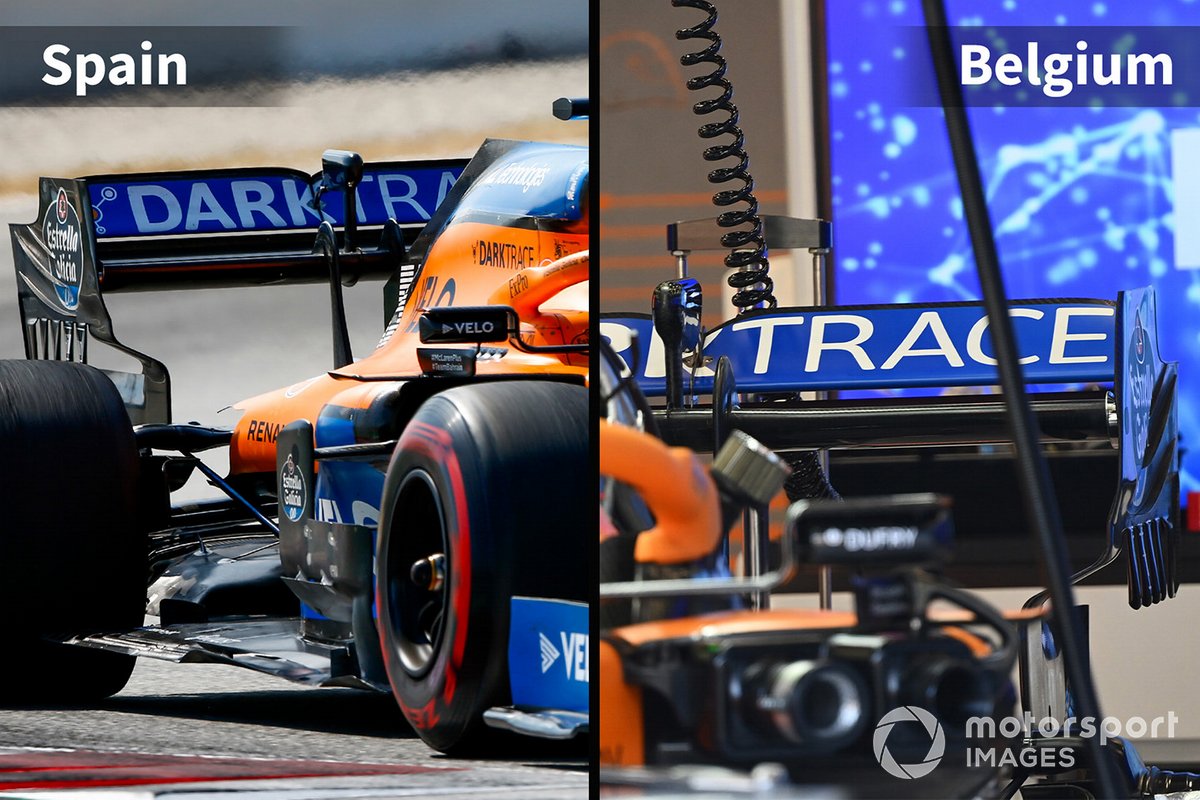 The wing also looks set to run with a much shorter Gurney flap - the black trim on the trailing edge of the wing - to offset some of the drag produced without totally losing the bonus downforce that the flap generates.

At the British Grand Prix at Silverstone, McLaren ran a different wing altogether, with the mainplane raised at the outboard edges to trim drag off the less efficient parts of the wing while retaining the majority of downforce.

This is a direction that Alfa Romeo has taken for one of its Belgian GP wing designs, adding a distinct spoon section to the centre of the wing to make the most of the area which generates the most downforce.

The trailing edge of the wing remains in a relatively normal configuration, featuring the V-shaped section in the centre to bleed off any turbulence produced by the DRS actuator housing.

But the leading edge is noticeably curved, sweeping up at the outboard ends to create a lower-downforce specification either side of the wing's centre third.

This offers the best of both worlds in offsetting downforce and drag, and the two different approaches by Haas and Alfa Romeo seem to be two ways of tackling the lack of power anticipated from the Ferrari power unit on the straights. 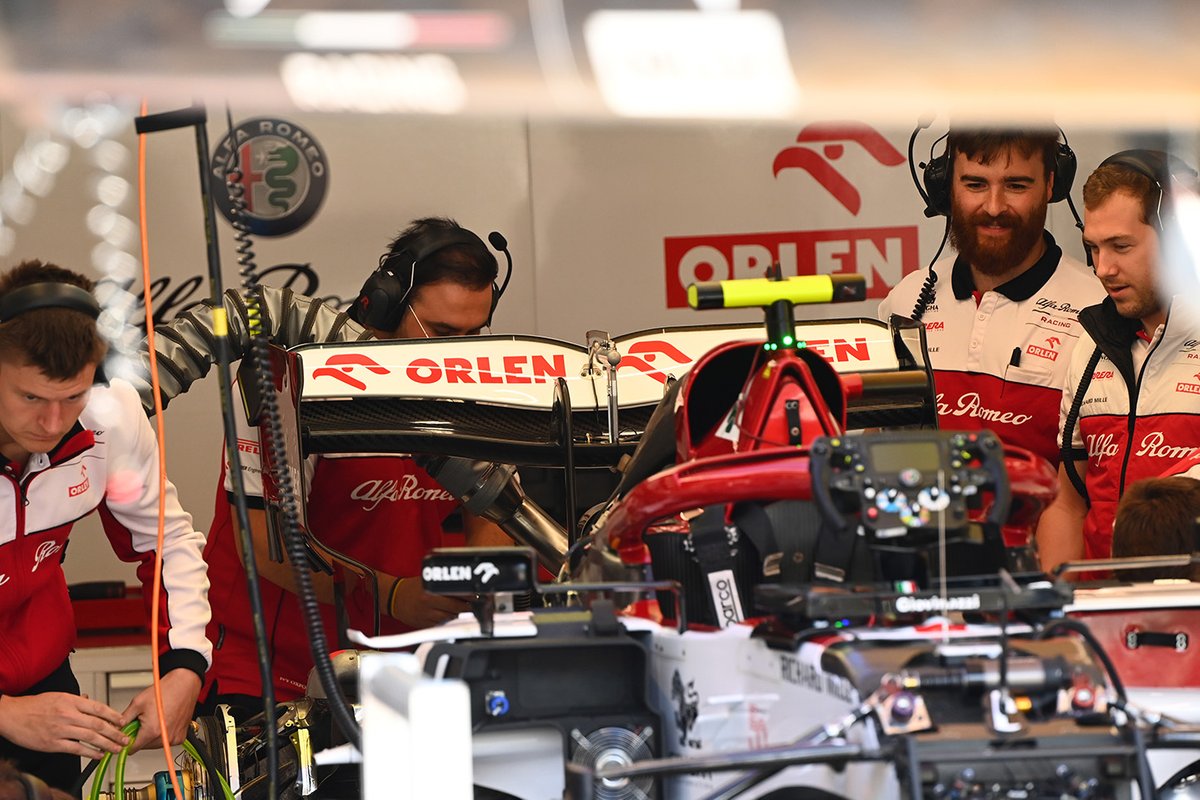 Hamilton not planning Belgian GP boycott amid US protests