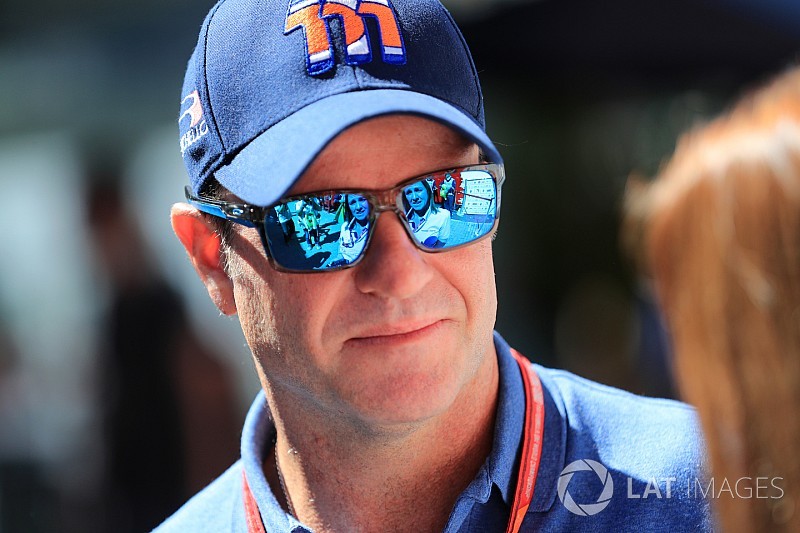 Rubens Barrichello has revealed that he is lucky to be alive after his recent health scare led to the discovery of a tumour on his neck.

The former Formula 1 race winner was rushed to hospital in February after suffering a severe headache at home. He was released a few days later but had since had surgery to remove the benign tumour.

Speaking in a television interview on Brazilian programme "Conversa com Bial", Barrichello showed off a large scar on the left side of his neck where doctors had operated.

"After everything that happened, I had a bunch of check-ups to find out more about my health conditions and they found a small tumour on my neck, which they removed after a race I did in Interlagos.

“I had it removed because, even though it was a benign tumour, it would've grown and I don't want to have that kind of discomfort in the car."

He also explained that doctors had told him he was incredibly lucky not to suffer any long-term ill effects – or worse - from his earlier visit to hospital.

"A friend of ours who's a doctor saw that I was in bad shape and I'm very lucky,” explained Barrichello. “The vein that opened due to a bad formation, regenerated itself with its own blood in two hours.

"Many endure serious after affects or die.”

Talking about the incident that took him to hospital in the first place, Barrichello said: “I was at home having a shower and suddenly I felt a pain in my head.

“From zero to 10 - I'd say it was an eight or nine headache, so strong! I lay on the floor, I didn't want to wake anybody up. But it was hurting so badly.

“I walked back into my bedroom and woke up Silvana (his wife). I started feeling sick and realized this was a hospital situation."