Baku Formula 1's chief insists that the direct clash between qualifying for the Azerbaijan Grand Prix and the start of the Le Mans 24 Hours is no cause for concern.

The later than standard timetable for the Baku weekend means that the 6pm slot for Saturday's F1 qualifying session coincides with the 4pm French start time for the Le Mans 24 Hours race.

But although that means motorsport fans will have a choice to make between watching F1 or the start of sportscars' most famous race, Arif Rahimov, the executive director of the Azerbaijan Grand Prix, thinks that the timing is nothing to be worried about.

"So I think with that, we can have the TV audience watch both: the start of Le Mans and the end of the qualifying."

Rahimov said that there had not been much discussion with F1 and the FIA over the direct clash, as the Baku timetable was dictated by a different array of influences

"The schedule is designed based on a lot of factors," he said. "There are our internal factors here and all the other bits and pieces that we have to do on Saturday, like the F2 race.

"So there is not usually as much choice with how to move things around time wise. But like I mentioned, I'd be disappointed if the start of Le Mans was clashing with the end of the qualifying. Since it's clashing with the start, I think that will still bring all the spectators in." 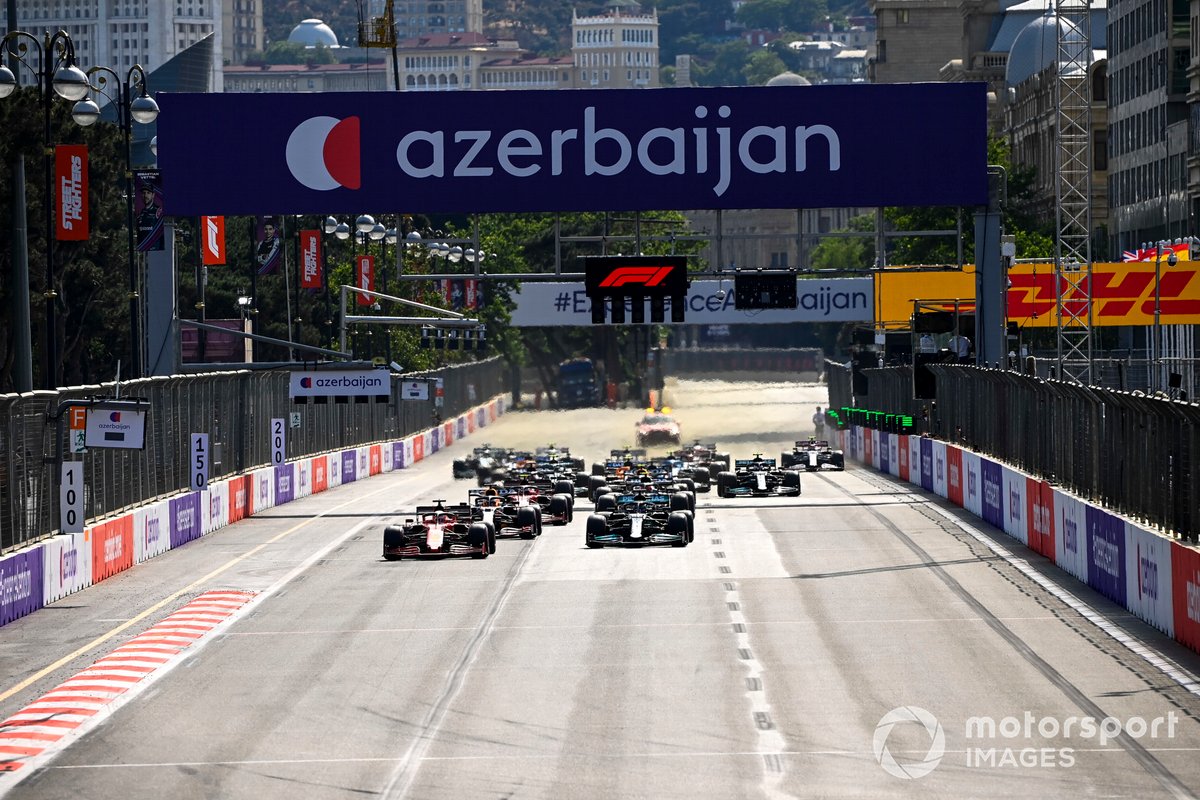 Baku is on course for a sell-out this weekend after opening up to spectators again, with a larger number of international visitors buying tickets than before the pandemic.

Baku's place on the F1 calendar is assured until at least 2024, with a contract having been extended back in 2021.

However, what could change in the future is its race date with F1 looking to group races geographically together to help improve travel logistics and sustainability.

That means a repeat of the Baku/Canada double-header that is taking place this year is unlikely to be repeated.

Rahimov said, however, that Baku was determined to keep its race in June as moving it any earlier in the year would cause problems because of the weather.

"We really struggled in the past when we had the race in April," he said. "We have to start building pretty much three months before the start of the race so, if we're in April, then that brings us back all the way to winter. It's extremely hard to do the set-up.

"Also, for example this year, April here was quite bad in terms of the weather, it was windy, it was cold and rainy. And I don't think we can risk having anything like that during the race because you want to have full grandstands.

"You want to have spectators, that's part of the overall picture. So we're very happy with the date in June and I really want to stay with that."