Baku comeback a lesson in not giving up, says Bottas 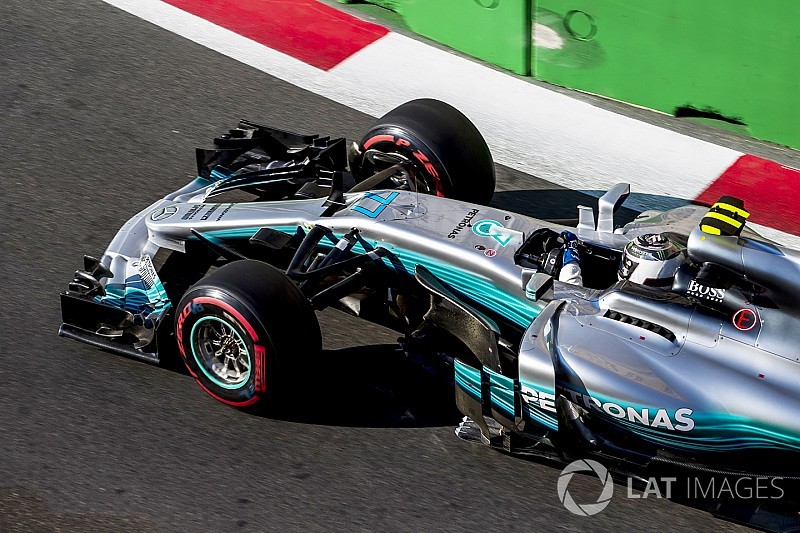 Valtteri Bottas says that the Azerbaijan Grand Prix was a lesson in not giving up, after he came back from being 20th and a lap down to take a sensational second place.

The Mercedes driver dropped down the order after receiving a puncture in his first-lap contact with Kimi Raikkonen, and after getting back on the lead lap during the first safety car period he charged up the order.

Crucially, Mercedes was able to repair some of Bottas' diffuser damage under the red flag, so when the race resumed he had a faster and more consistent car for the second part.

He eventually passed the Williams of Lance Stroll right on the finish line to grab second by a tenth.

“When I saw the tyre was starting to be destroyed and destroying the car - and it felt like one hour, driving from Turn 2 to the pits," Bottas recalled. "And it was a shame, I was one lap down after that.

“But after that, it showed that you should never give up. It was a crazy race after that, and the safety allowed me to then get close to the guys.

"And then the next safety car and the red flag allowed me to be on the same lap and compete, and with a good car. I had damage on the car and they managed to repair most of it during the red flag.

"There was a proper hole in the side of the diffuser and they could actually fix it pretty well. I was also struggling with a little bit of oversteer, but then it was like a different car after the red flag."

Bottas said he enjoyed the buzz of charging through the field and gaining ground, especially when gaining on Stroll in the closing laps.

“It is really nice, because when you're one lap down in the beginning of the race, in a normal race, if there's not much happening, that's it," he said. "But I think it's a good example not to give up.

“The team told me: just keep your head down, there will be opportunities. I really enjoyed the last part of the race, trying to maximise every corner, every lap, doing good laps and getting closer and closer.

“When I got through [Esteban] Ocon [for third] and when I saw the first lap when I was in free air, the lap time I could do, I knew there was a possibility [of catching Stroll].

“I was pushing the maximum there was. I was doing qualifying laps. I didn't do any tyre saving, and the tyres could take it here and especially when the temperatures were getting lower, it was helping."

On pipping Stroll to the finish, he added: “It was so close. I got to the slipstream, got the DRS. I was not quite sure where the finish line was actually, I couldn't really see it.

"But when they opened up the radio, I could hear the clapping in the background. Then I knew 'okay, that was P2 then'."

Red Bull can win races on merit in 2017, says Marko