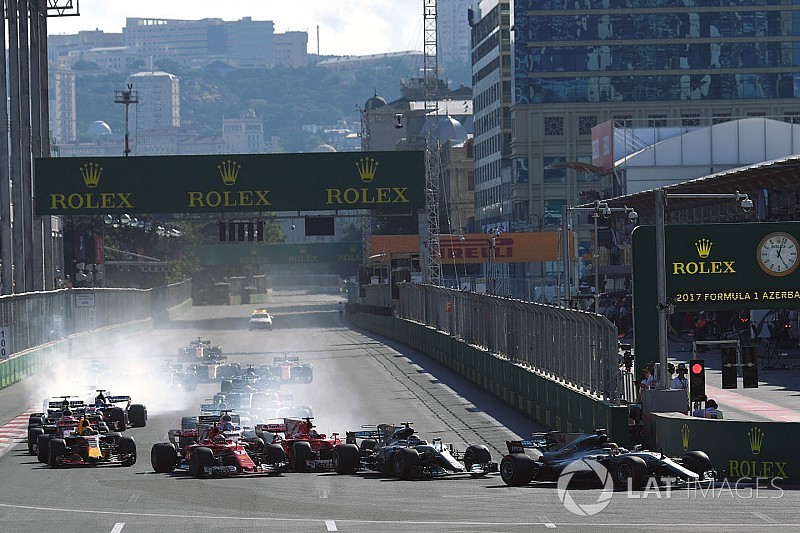 Azerbaijan GP organisers are happy with their Formula 1 race being moved to April for 2018, but would prefer to retake their original June slot going forward.

Baku promoter Arif Rahimov says he asked F1 for a different date next season due to a clash with a major event that is scheduled to take place in June in the square that forms the paddock area.

The race was thus switched to the Russian GP slot on April 29, while Sochi has been moved to later in the year – and will now take place after it has finished its involvement in the summer’s football World Cup.

“We asked to move to an earlier slot,” Rahimov told Motorsport.com. “Because we want to use the square for a parade on the June date next year for the 100th anniversary of the republic. And then in July onwards the European season is too dense, we cannot fit in there.

“We would like to go back to June in 2019, we’re happy with it. In general, the June date works well. It’s probably more or less the best weather we can have, it’s hot under the sun, but once you go in the shadow, it’s OK.

Rahimov is hopeful that the move to April will not harm spectator attendance, which was reportedly 30% up this year on the inaugural European GP event in 2016, with more overseas visitors.

“As long as we provide all the entertainment and everything works out, I don’t think this shift will really affect spectator attendance. It’s gone up this year quite a bit.”

Although there’s a desire to move back to June in 2019, Rahimov acknowledged that it won’t be easy to find space for a race that has to be slotted as part of a package of flyaways.

“You never know, perhaps they’ll stretch the calendar to the beginning of March or something. With the current arrangement it’s hard.”