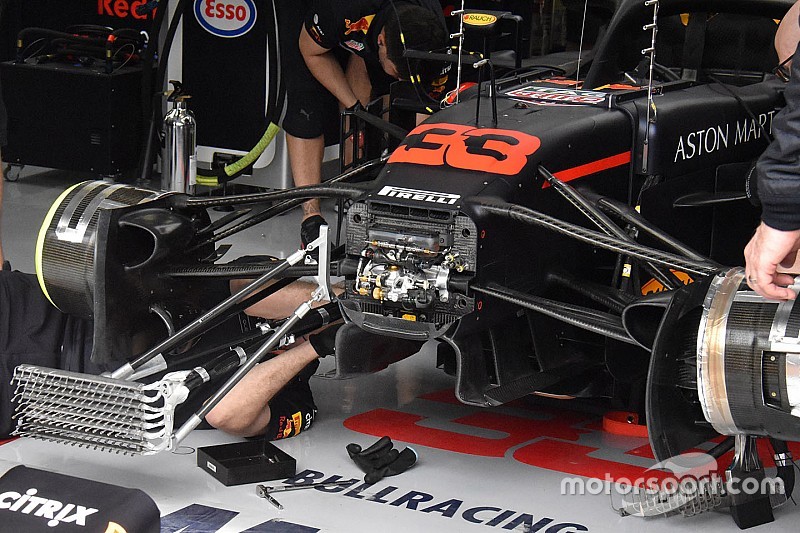 Giorgio Piola and Sutton Images snap the latest technical happenings up and down the Sakhir pitlane. 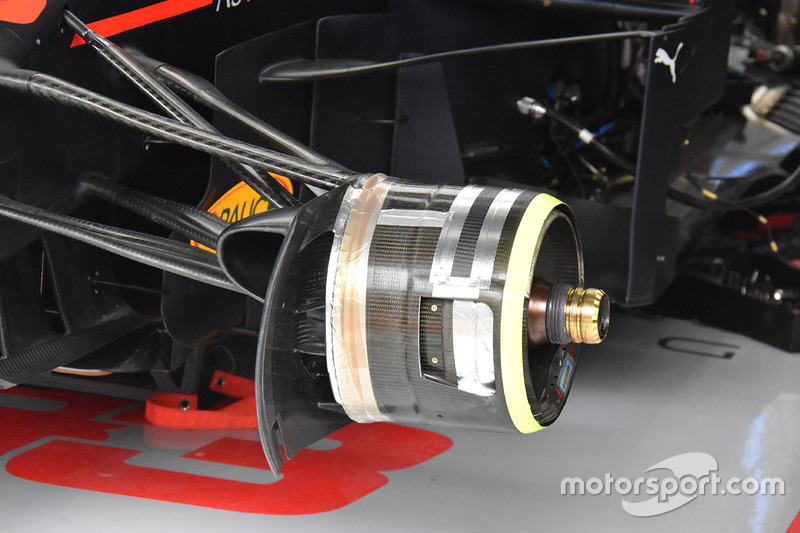 The front brake drum features a slotted panel in Bahrain, allowing airflow collected by the brake duct a route with which to escape. Airflow passes between the small gap of the drum and the wheel rim, altering the transfer of thermal energy into the tyre too. 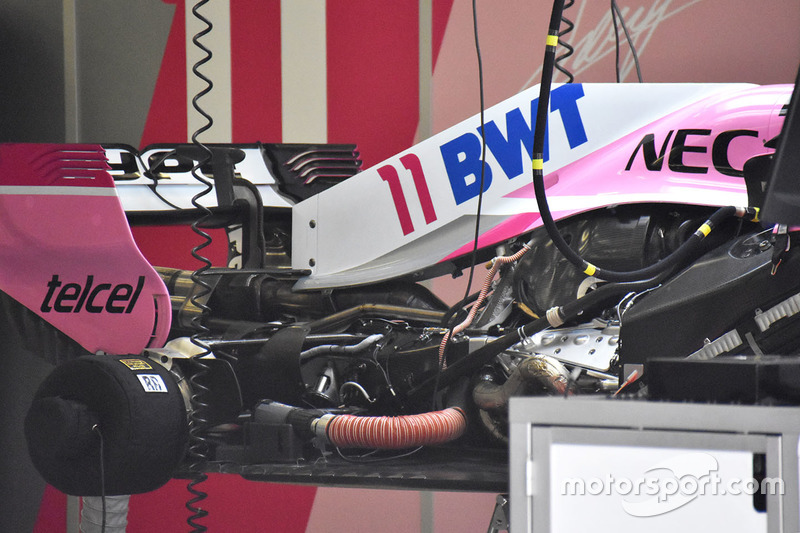 The VJM11 without its sidepod bodywork attached reveals some of the details of how the Mercedes power unit and ancillaries are packaged. 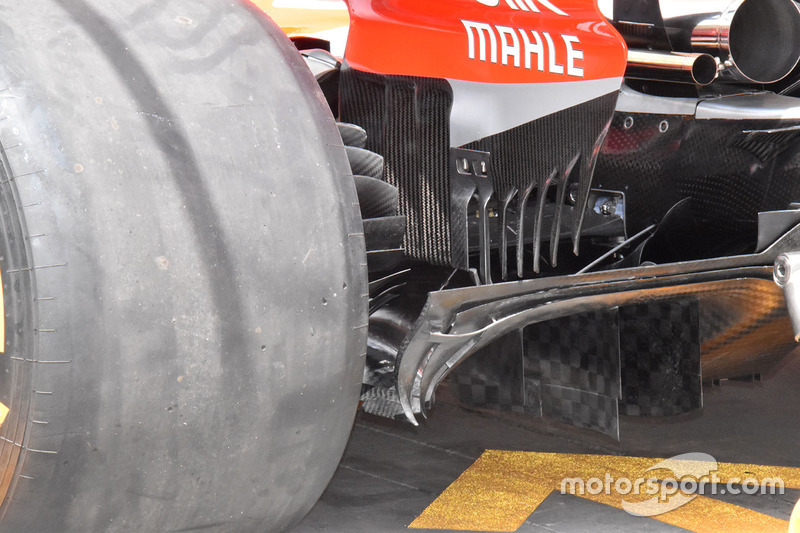 A close-up look at Ferrari’s curved and slotted outer diffuser surface, along with the slotted and curved Gurney extension that runs around its periphery. 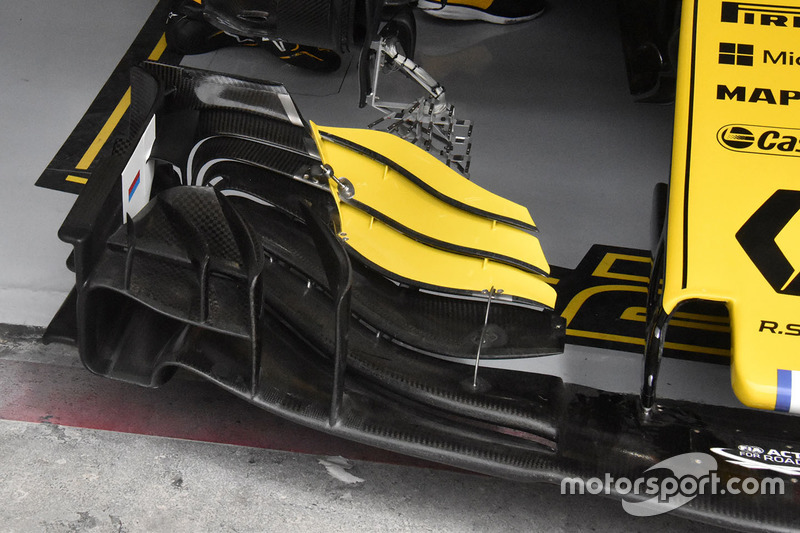 Front wing had a minor revision in Australia, and now features a cut out in the outermost section of the top flap. Note the team had a Kiel probe array mounted behind the wing to make sure it performed as expected too. 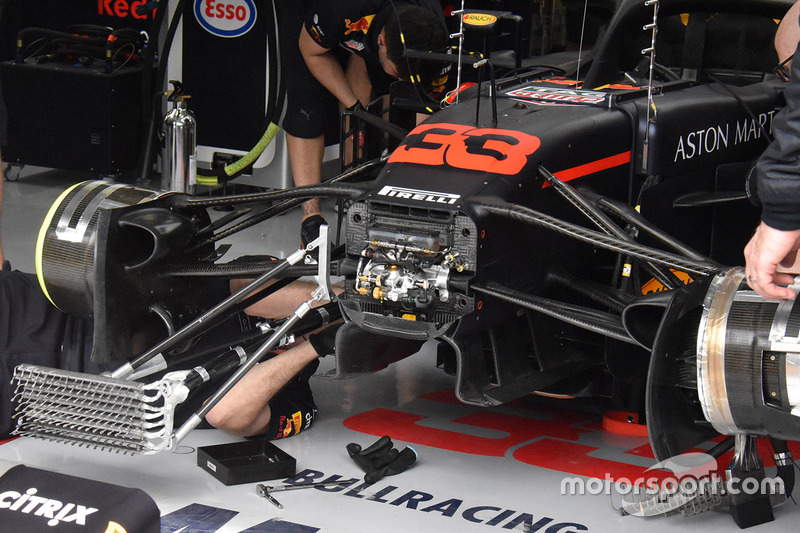 A look at the RB14’s chassis, note the Kiel probe array that would be mounted behind the front wing once fitted. 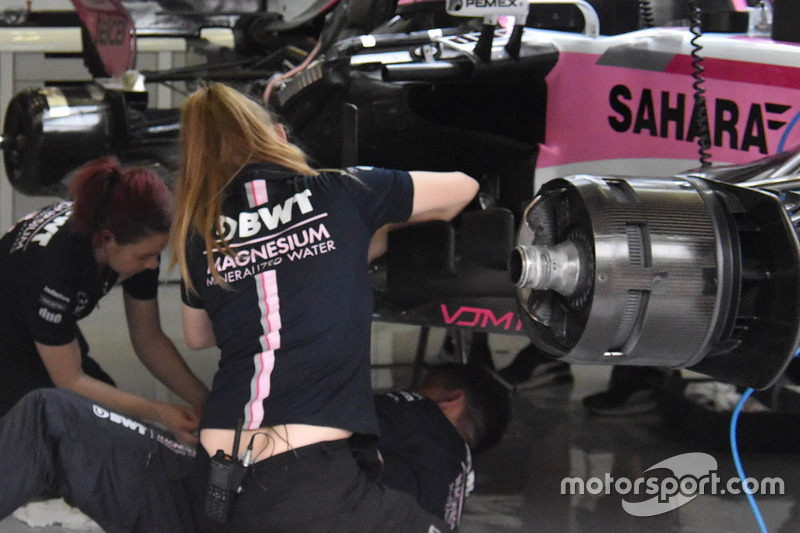 Mechanics work on the Force India during FP1. 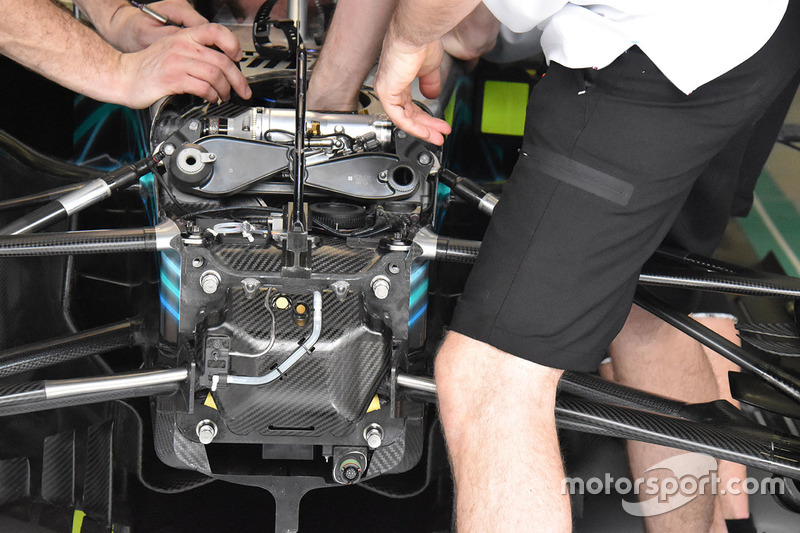 Mechanics working on the Mercedes W09’s front suspension as the drivers look for stability and performance during Friday’s practice. 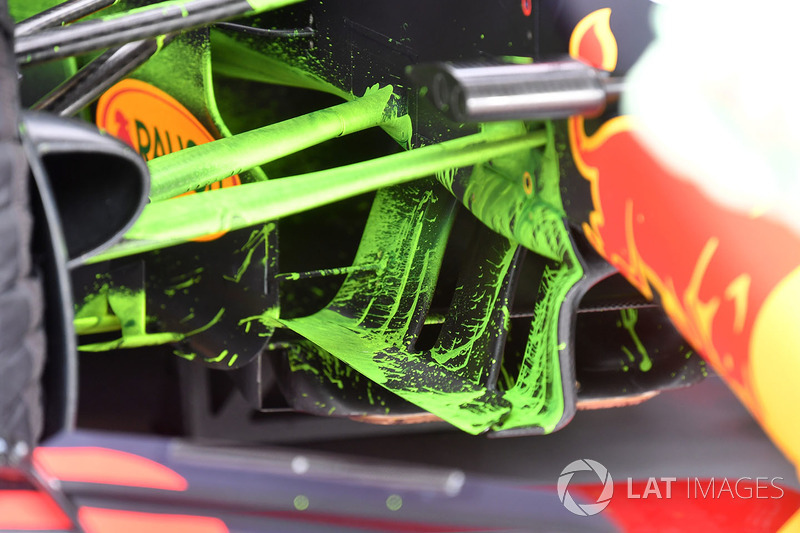 RB14’s turning vanes and front suspension elements painted with flo-viz as they establish whether those and other associated parts are behaving as expected. 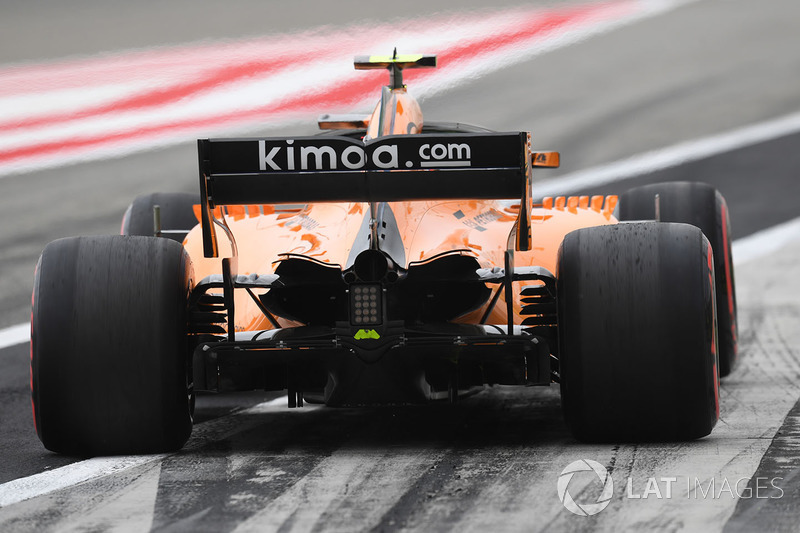 A rearward shot of MCL33 shows the amount of cooling that's been opened up by the team for Bahrain. Also note the stylistic Gurney-style tabs mounted above which aid with extraction. 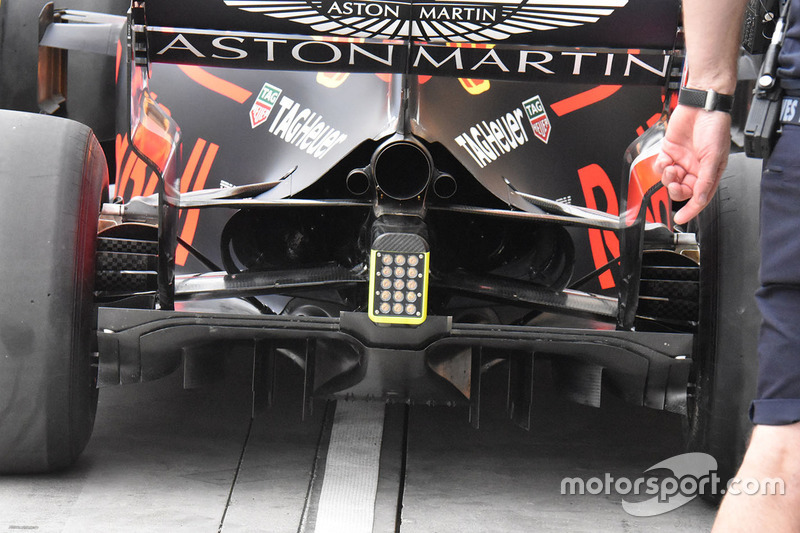 The bodywork at the rear of the RB14’s engine cover has been expanded for Bahrain as the team looks to improve the cars cooling parameters. 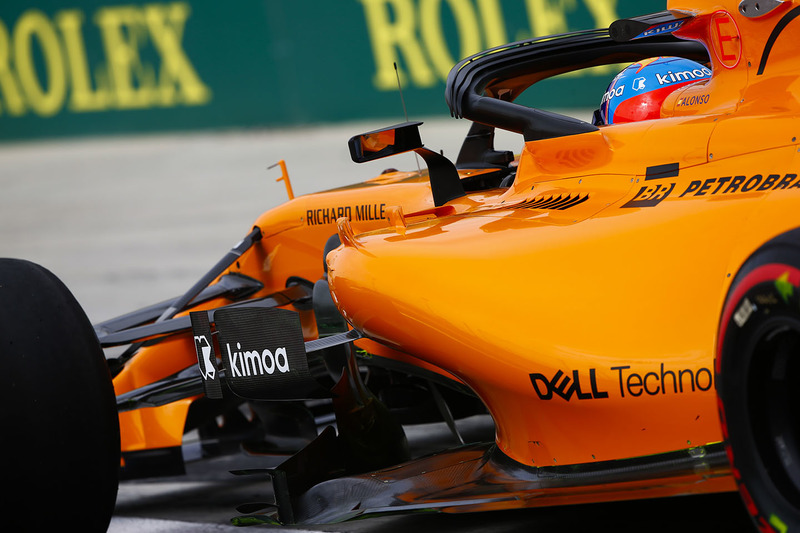 A ¾ shot of the McLaren MCL33 that shows its new deflector x-wings. 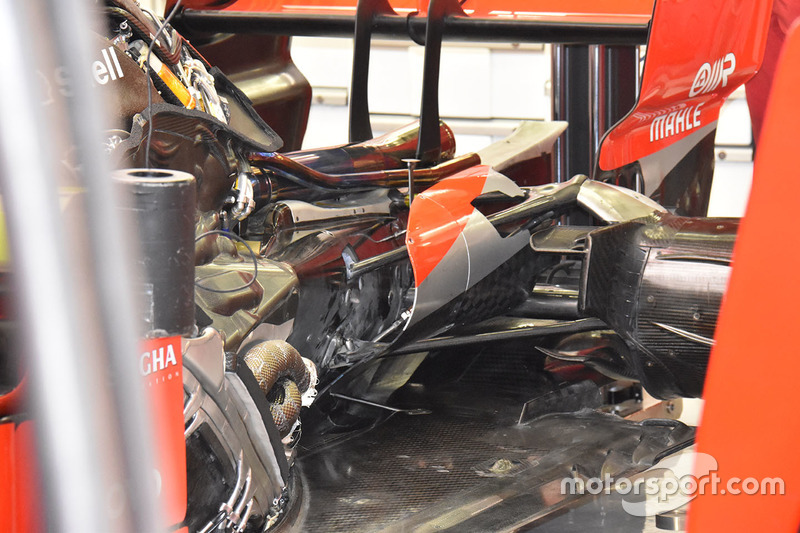 A look under the skin of the Ferrari SF71H as the sidepod bodywork is removed. 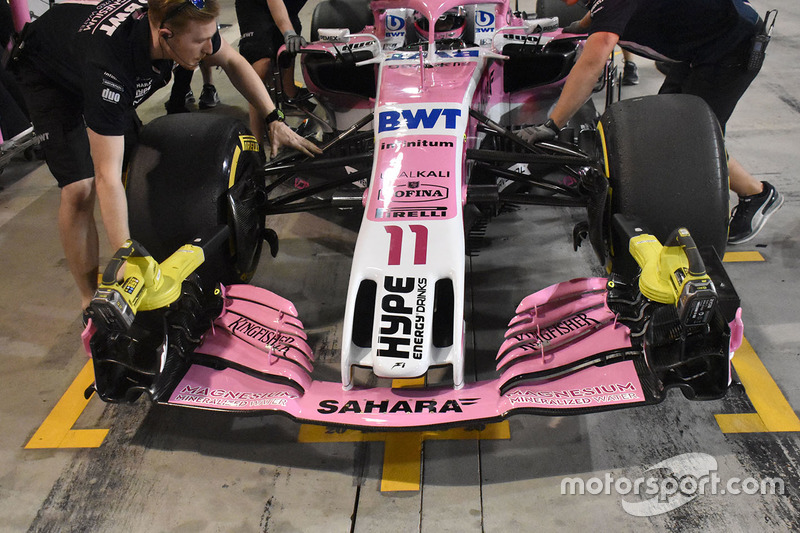 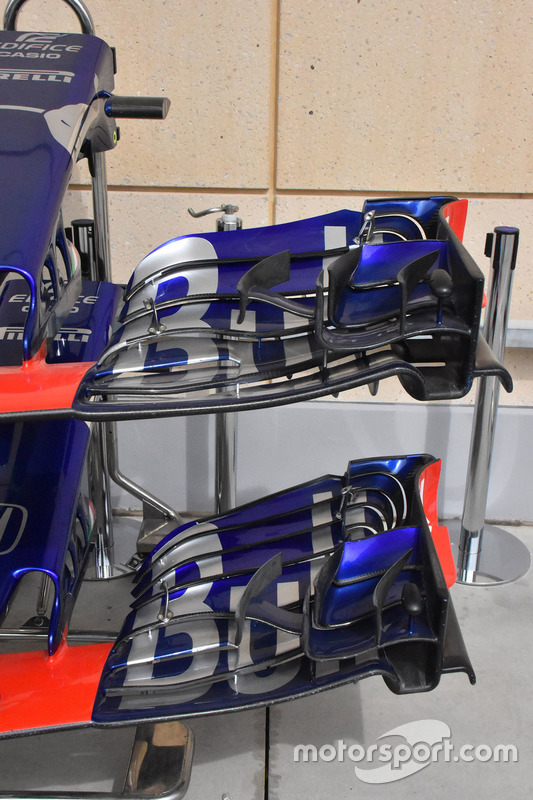 Two front wing specifications are available in Bahrain. Note the lower of the two has three upper flaps rather than two. 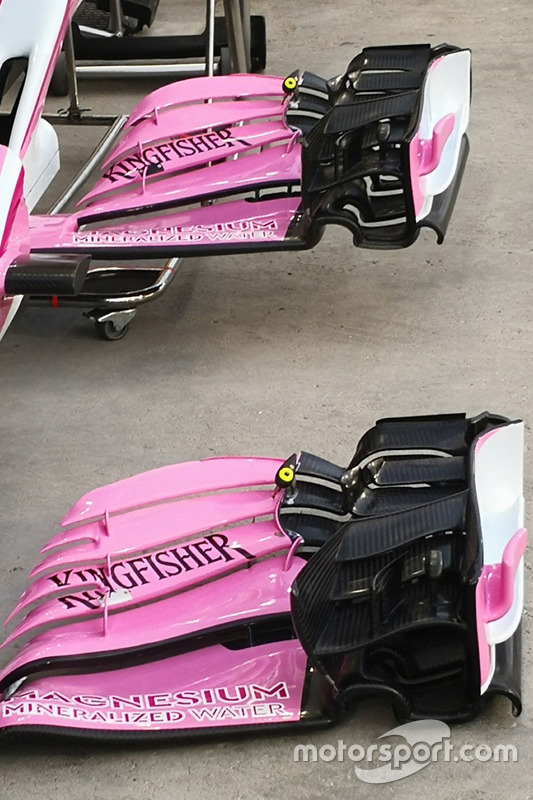 A comparison of Force India's new (bottom) and older specification wings. The designers have revised the shape of the mainplane where it meets with the neutral section, using an arc rather than a flat section, they've also added slots into the lower two of the three upper flaps and revised the width and duty of the main cascade.

Intriguing F1 Bahrain GP in prospect: Lewis Hamilton on back foot after practice 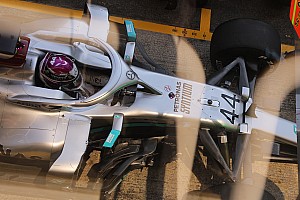