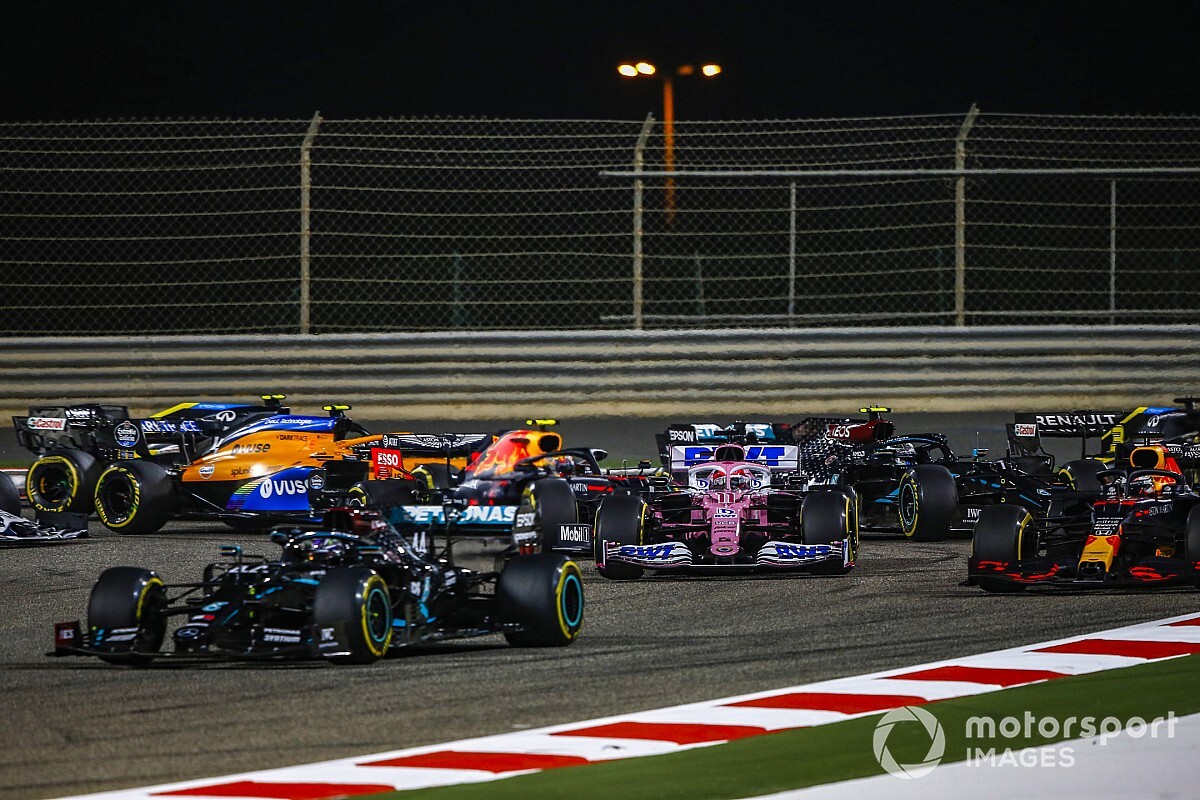 Hamilton led from pole, as fellow front row starter Valtteri Bottas plummeted to sixth, but the race was quickly red flagged when Grosjean’s Haas clipped Daniil Kvyat’s AlphaTauri on the exit of Turn 3 and speared off to the right of the track and hit the Armco, bursting into flames as his car split in two. Thankfully, Grosjean was able to get out of his burning car and was immediately assisted by the fast-reacting medical team. He was flown to hospital with minor burns and a suspected broken rib.

After a long delay, the race was restarted from the grid in the order Hamilton, Max Verstappen (Red Bull) and Racing Point’s Sergio Perez – with Bottas promoted to fourth because of where the decision point was to freeze the field.

Starting from the dirty side of the grid, Verstappen just held second from Perez at Turn 1. But the race was soon neutralized again, as Kvyat lunged Lance Stroll and flicked his Racing Point into a slow rollover. Under the safety car, Bottas suffered a puncture, dropping to 16th and switched to the hard tyres.

Hamilton rattled off his 11th win of the season, with Verstappen finished second after pitting again for more mediums to get fastest lap. Perez on course to score a distant third but his car began smoking profusely with four laps remaining, which promoted Albon to third.

Perez pulled off the track with the rear of his car on fire. That led to a safety car, under which the race finished.

Norris was best of the rest in fourth on a good day for McLaren in its battle with Racing Point and Renault in the constructors’ championship. His teammate Carlos Sainz ran a long stint on softs, which aided him in his climb from 15th on the grid to finish fifth, passing AlphaTauri’s Pierre Gasly with five laps to go.

Daniel Ricciardo finished seventh for Renault, ahead of the luckless Bottas and Esteban Ocon, as last year’s star of the race here, Charles Leclerc scored one point in 10th.