Bahrain to only allow healthcare workers for F1 double header

The Bahrain International Circuit has confirmed that its two upcoming Formula 1 races will be run “predominantly” without spectators. 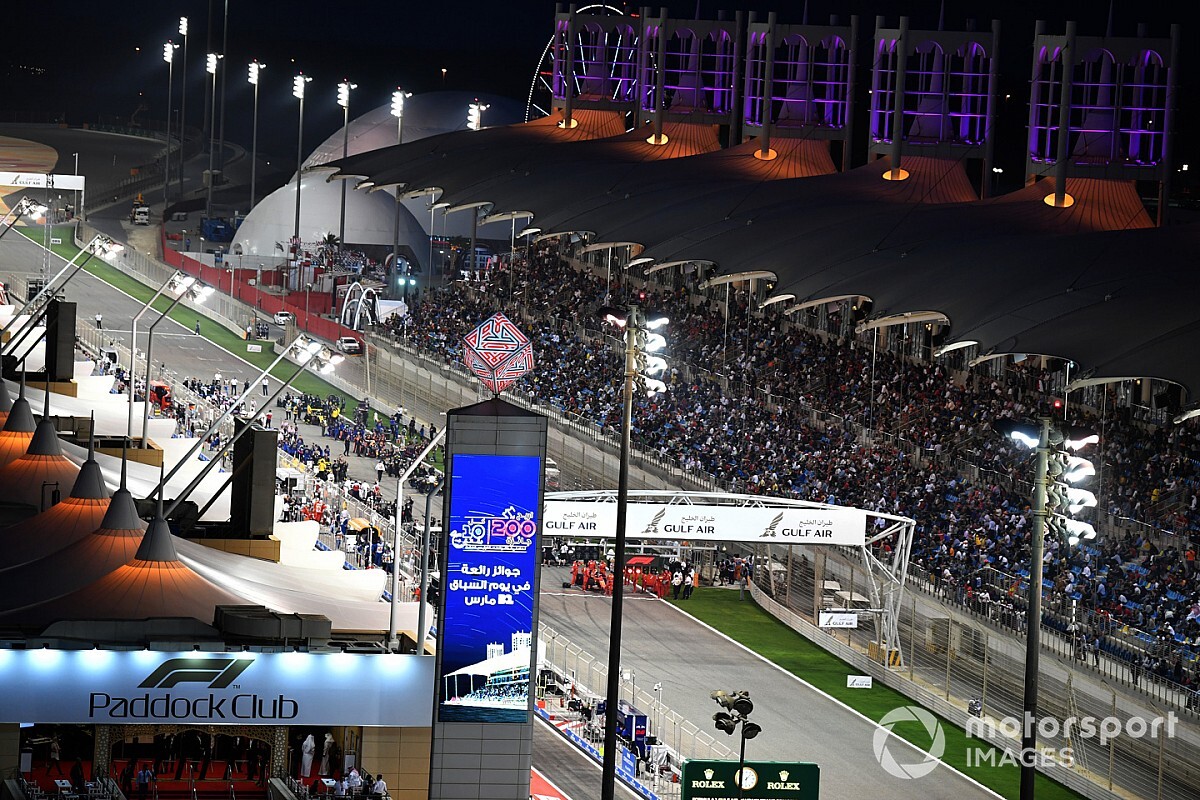 The venue says that the Bahrain GP on November 29 and the Sakhir GP on the shorter version of the track on December 6 will be open only to “families of frontline health workers and first responders in Bahrain.”

On Thursday Liberty Media noted in its third quarter financial report that “F1 does not expect to have fans at any of the remaining 2020 races.”

The Abu Dhabi GP has already confirmed on its official website that its season-closing event on December 13 will take place behind closed doors.

BIC says that the decision not to open the event to the public came following a directive from His Royal Highness Prince Salman bin Hamad Al Khalifa, the country’s Crown Prince, Deputy Supreme Commander and First Deputy Prime Minister.

Regarding the lack of availability of tickets, a statement from the circuit noted that “this decision has been made as a result of the current status of the global COVID-19 pandemic, following extensive discussions between the circuit and the government of Bahrain.

“The kingdom remains focused on protecting the health of citizens and residents, maintaining one of the highest rates of testing per capita of anywhere in the world.”

BIC added: “There will, however, be a limited number of grandstand seats allocated for the races for families of frontline health workers and first responders in Bahrain, to recognise their incredible contribution and commitment in responding to the pandemic in the kingdom.”

Bahrain is operating the strictest protocols seen so far in 2020 for all travelling team, F1, FIA and media personnel, with mandatory tests on arrival at the airport followed by a 12-hour quarantine in hotels until a negative test result comes through.

BIC chief executive Shaikh Salman bin Isa Al Khalifa insisted that even without fans the venue will still be able to put on two big events.

“I sincerely thank His Royal Highness the Crown Prince for his leadership, guidance and support as we prepare for F1, in what will be a very different event for all involved,” he said.

“Whilst we will not be able to welcome many fans to our events this year, we are delighted to have the opportunity to recognise the courage and efforts of our frontline healthcare workers and first responders by allocating all in-person attendance of the F1 experience to them.

“We are determined to put on a show for the hundreds of millions of people who will be watching from the safety of their own homes around the world.”