Join us as we delve into the latest technical developments on display at the Bahrain Grand Prix at Sakhir, courtesy of Giorgio Piola. 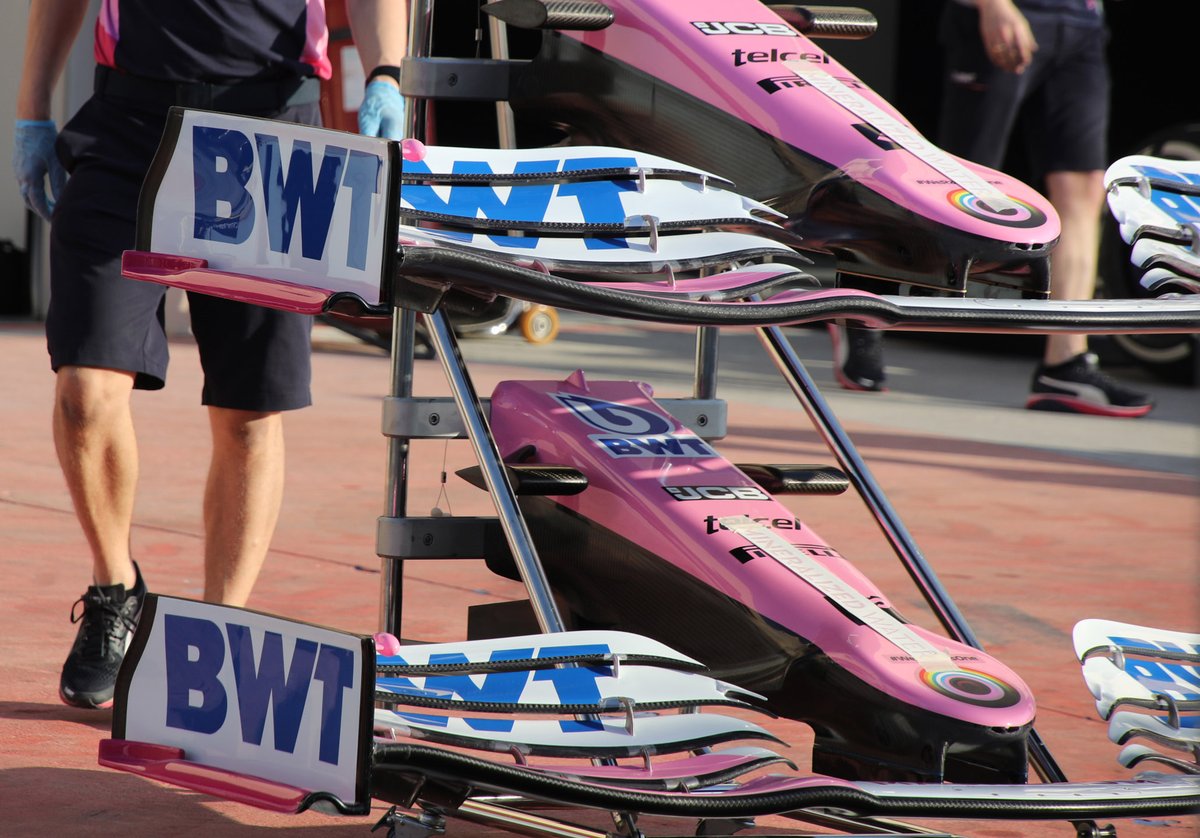 1/11
Two front wings are wheeled down the pitlane towards scrutineering for Racing Point. They have a very subtle difference, as the upper of the two has an upper flap that’s been trimmed back slightly and also has an additional metal support. The support will prevent the gap between it and the next flap opening and closing as load builds and dissipates and should offer a more consistent aerodynamic effect, which is especially important considering the flap tips help to shape the Y250 vortex formed beneath. 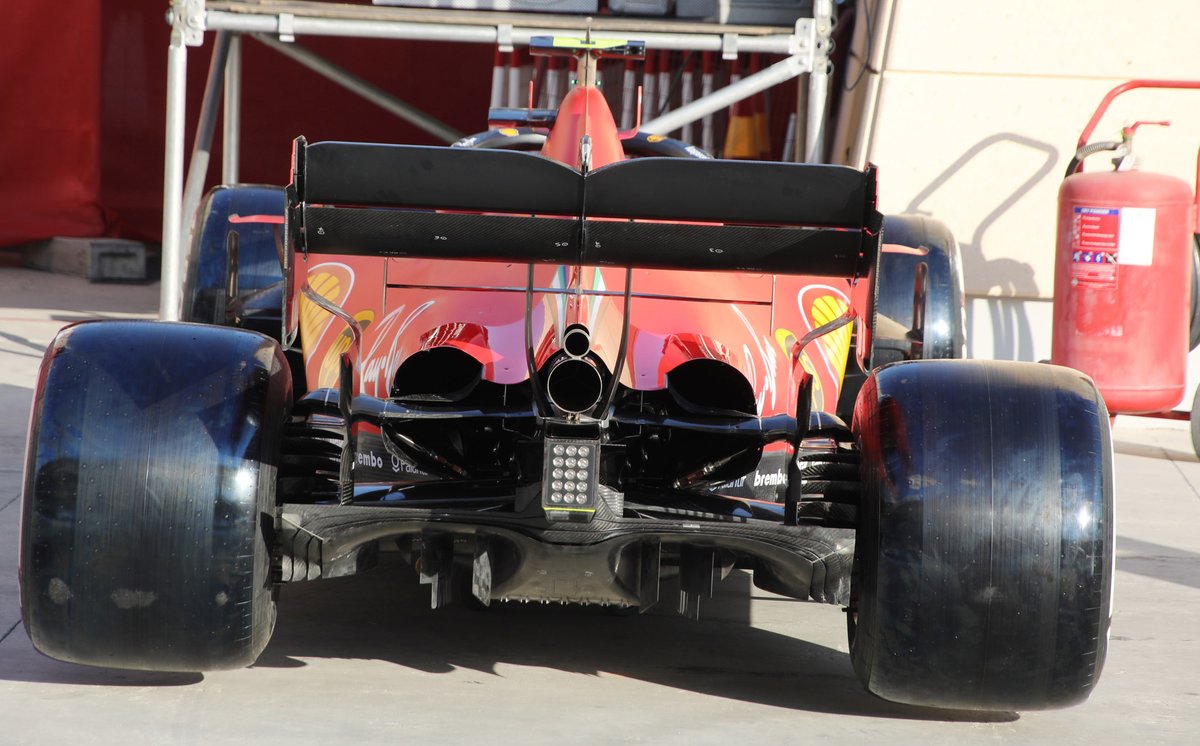 2/11
Rear-end shot of the Ferrari SF1000, which has been transformed in the last few races in order to take on design influences from past designs. This includes the panel beside the crash structure, which forms a roof for the floor trough beneath the gearbox. Note the main cooling outlet is divided into two sections, with the upper section’s bodywork shorter than the bottom. 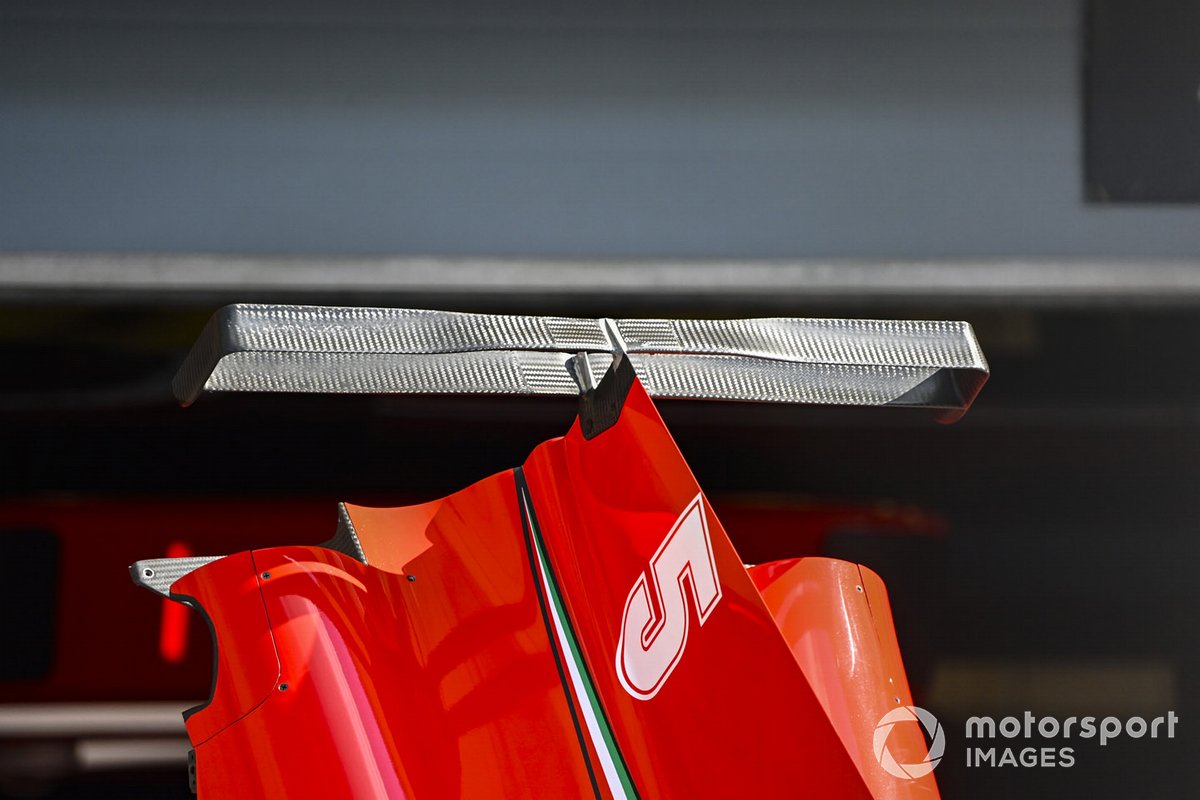 3/11
This view of the engine cover before it’s put onto the car gives another view of the shorter cooling outlet created at the top of the larger inlet, with the bare carbonfibre section creating that divide. 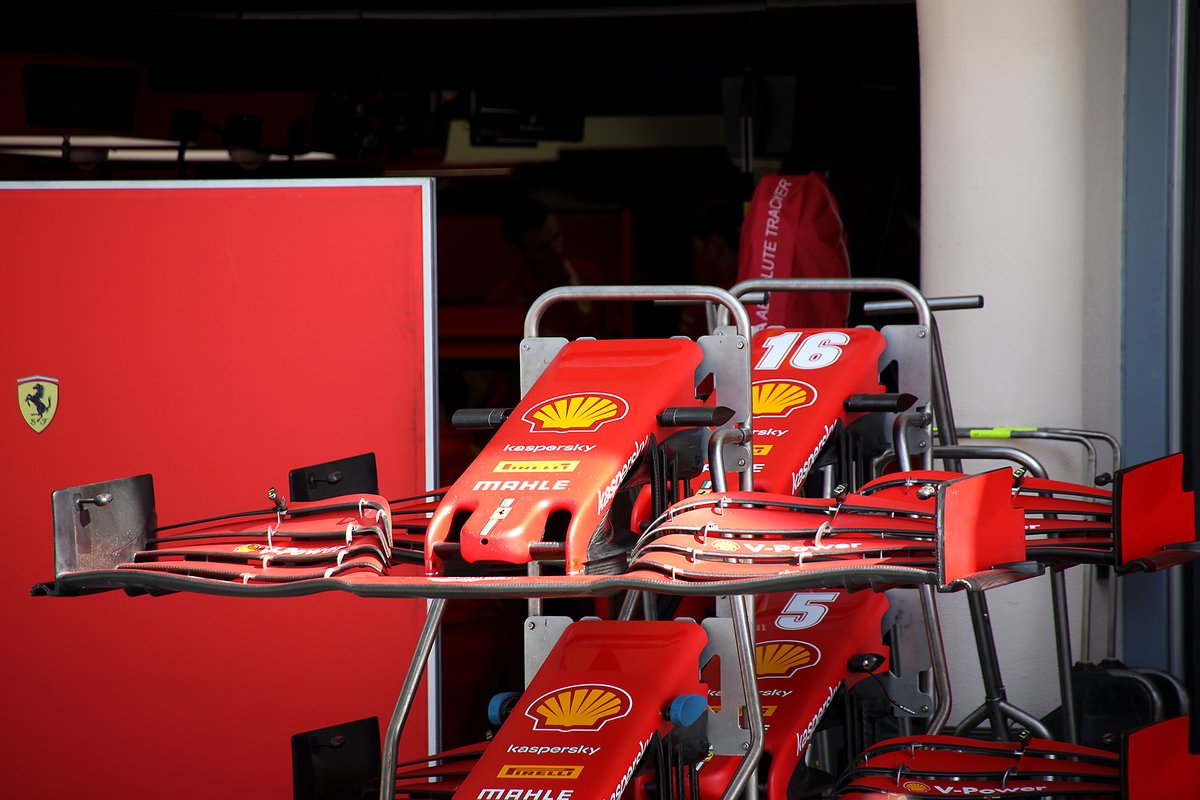 4/11
Ferrari revised the nose design a few races ago, altering the position of the plow between the wing pillars and nose tip. Meanwhile, the upper flap of the front wing has been cut back in recent races, in the section just around the adjuster. 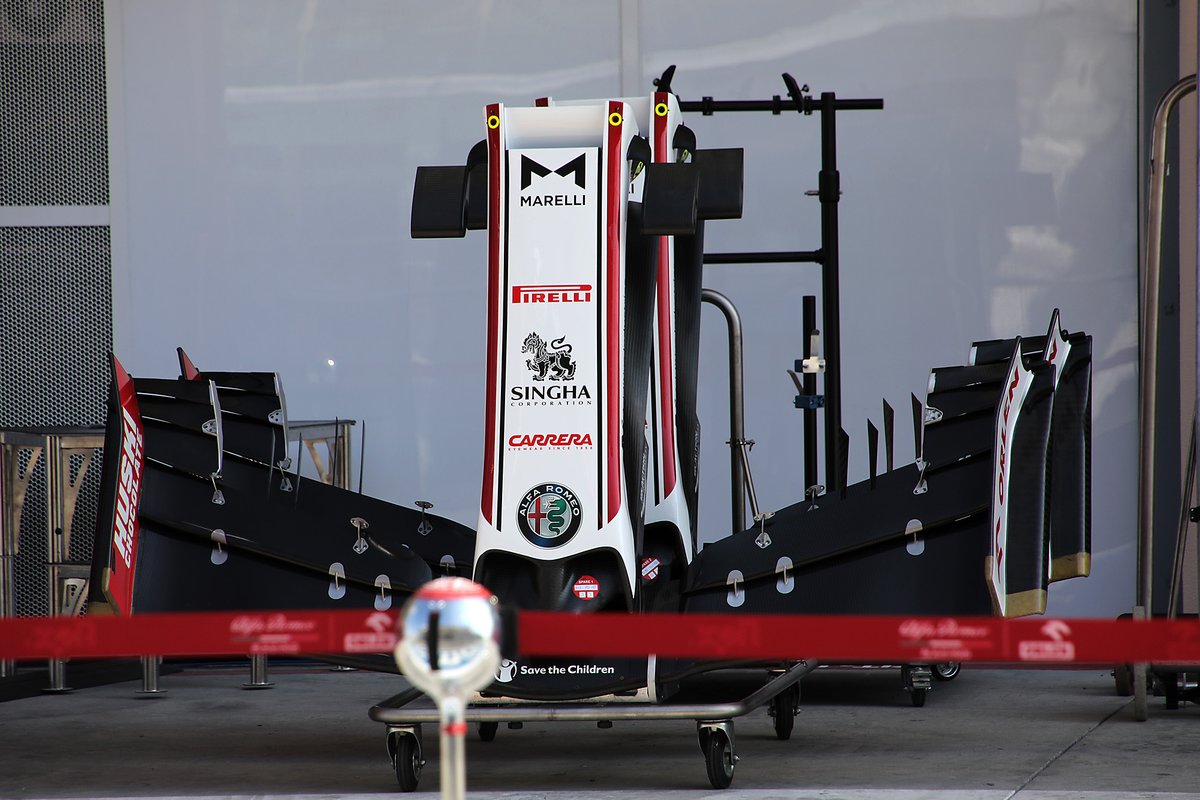 5/11
Alfa Romeo front wings stacked up outside the garage as it prepares equipment for the race weekend – note the inboard upper flap elements are removed, so we can see the two strakes mounted to the underside of the wing. 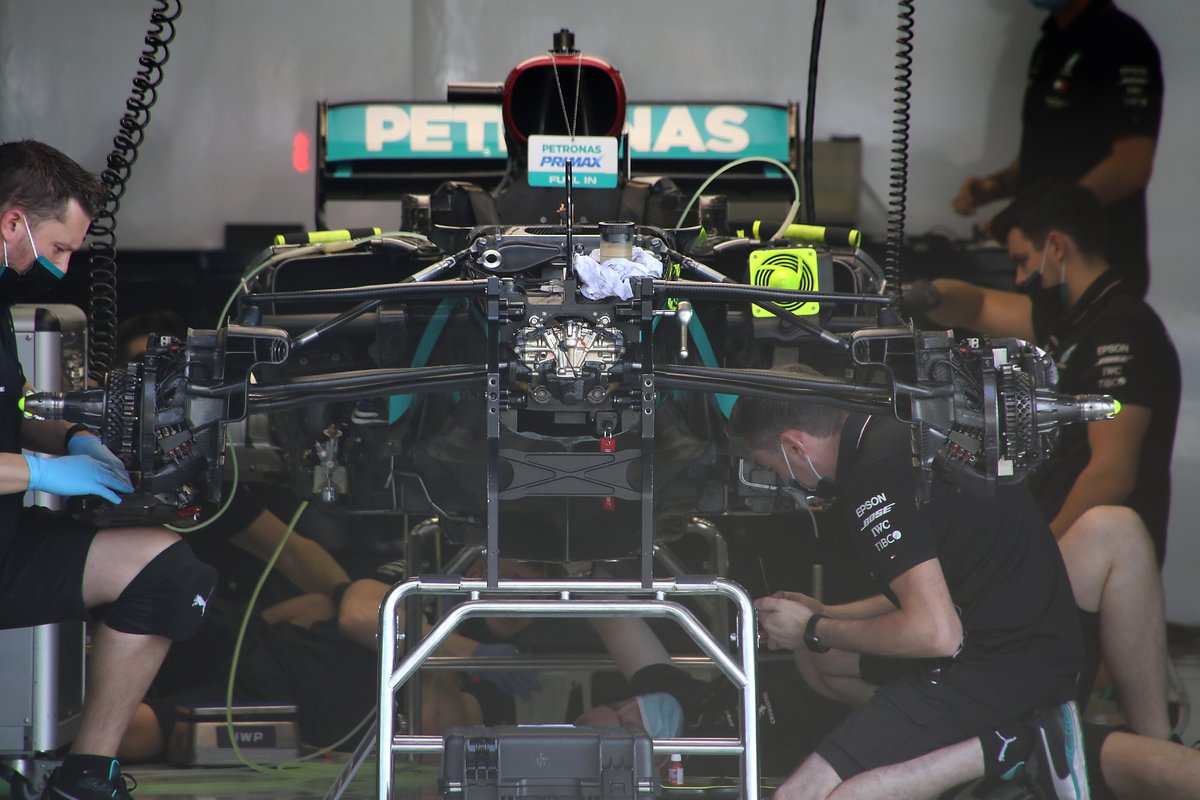 6/11
The Mercedes mechanics prepare the cars for action this weekend, note the DAS assembly is still in use on the W11 even in these closing stages of the season with both championships wrapped up, even though Mercedes won’t be able to use it next year. 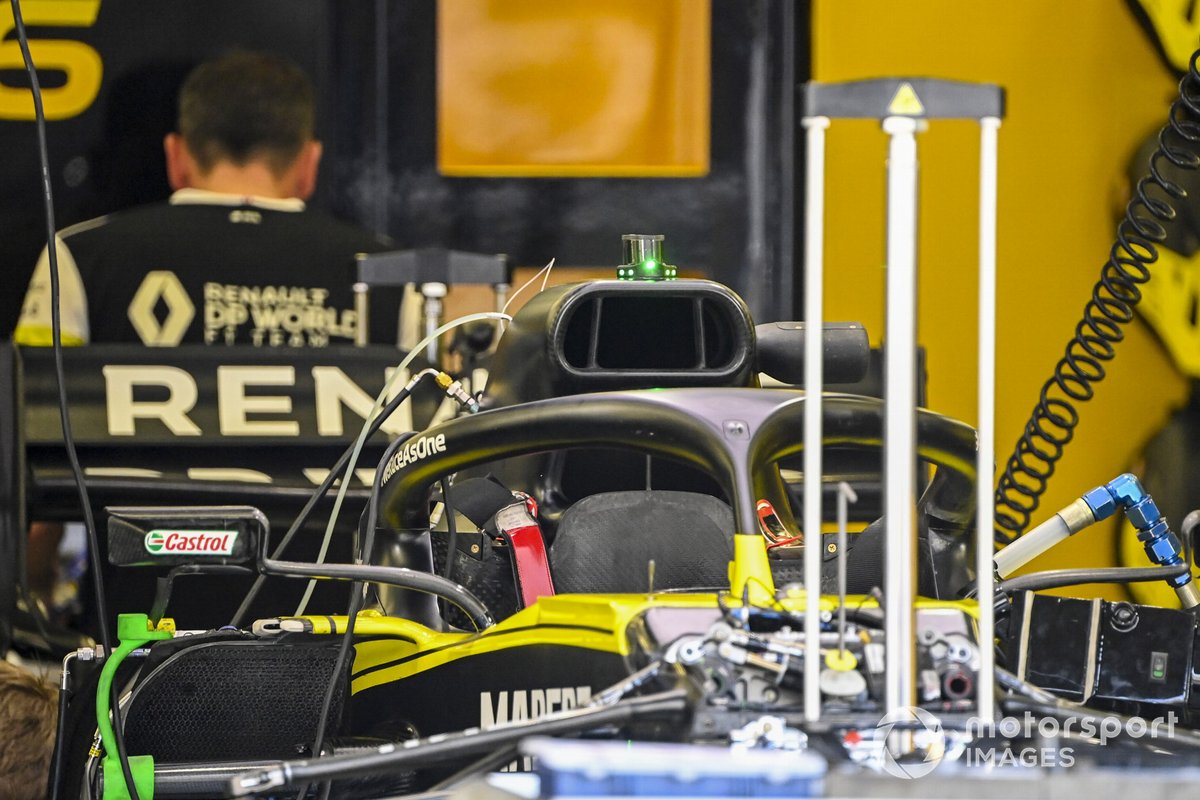 7/11
Renault’s periscope-style airbox not only features the letterbox-style main inlet that can be seen above the halo, but also has a large opening beneath this, that feeds a cooler mounted on top of the power unit assembly. 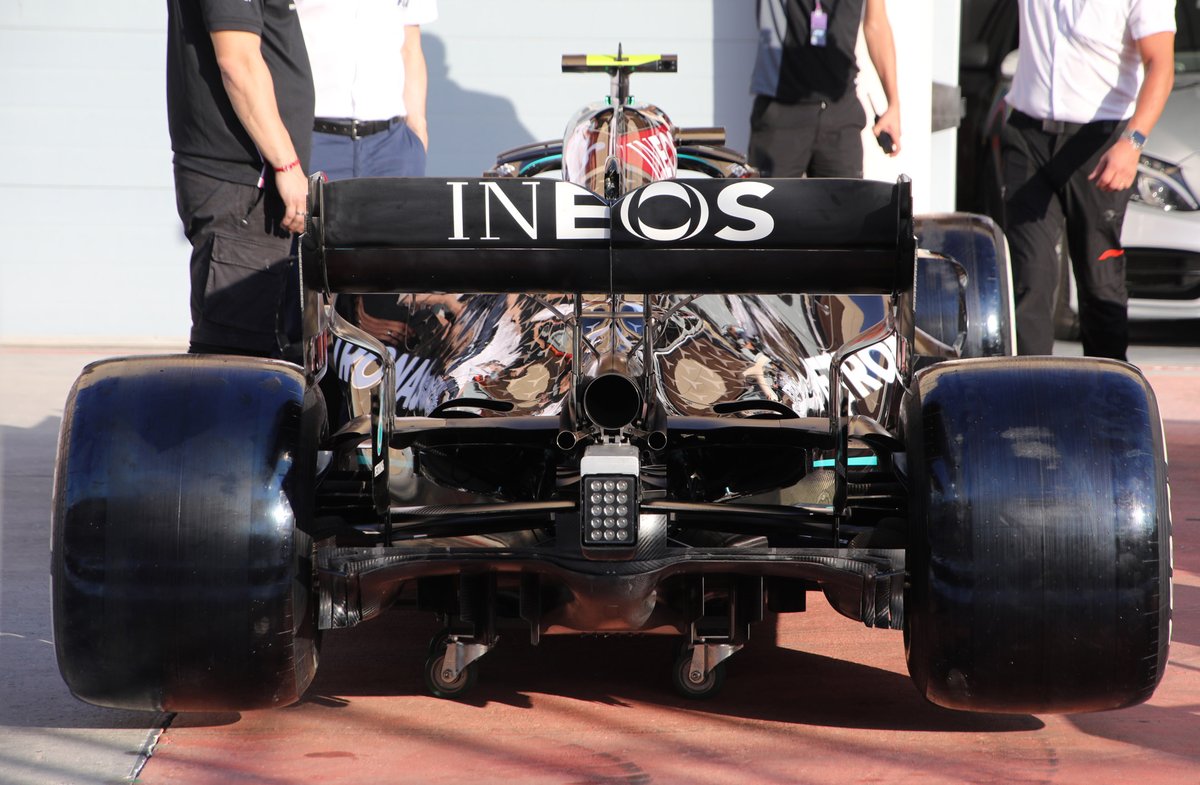 8/11
Rear end of the championship winning Mercedes W11 – note the collection of fins mounted under the wastegate pipes – demonstrating wonderful attention to detail. 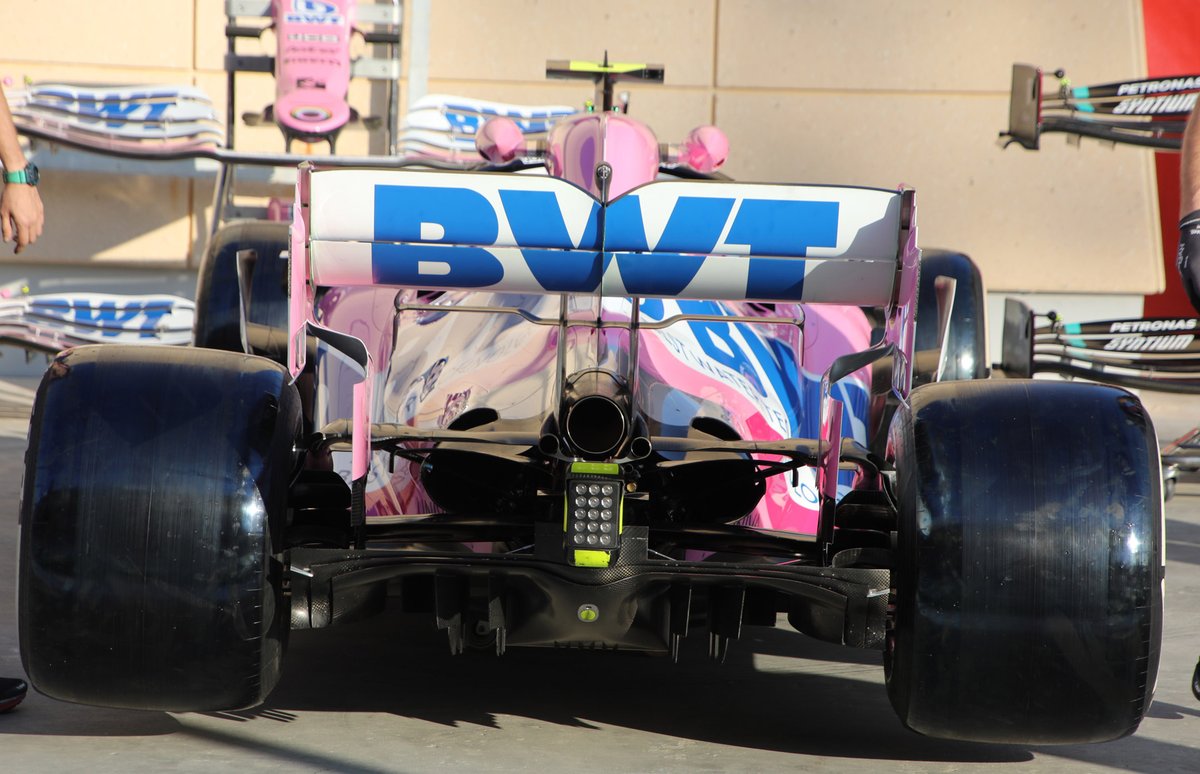 9/11
In this shot of the Racing Point RP20’s rear end, notice the contours of the rear wing endplates and how they meet at the tips of the serrated cutouts. 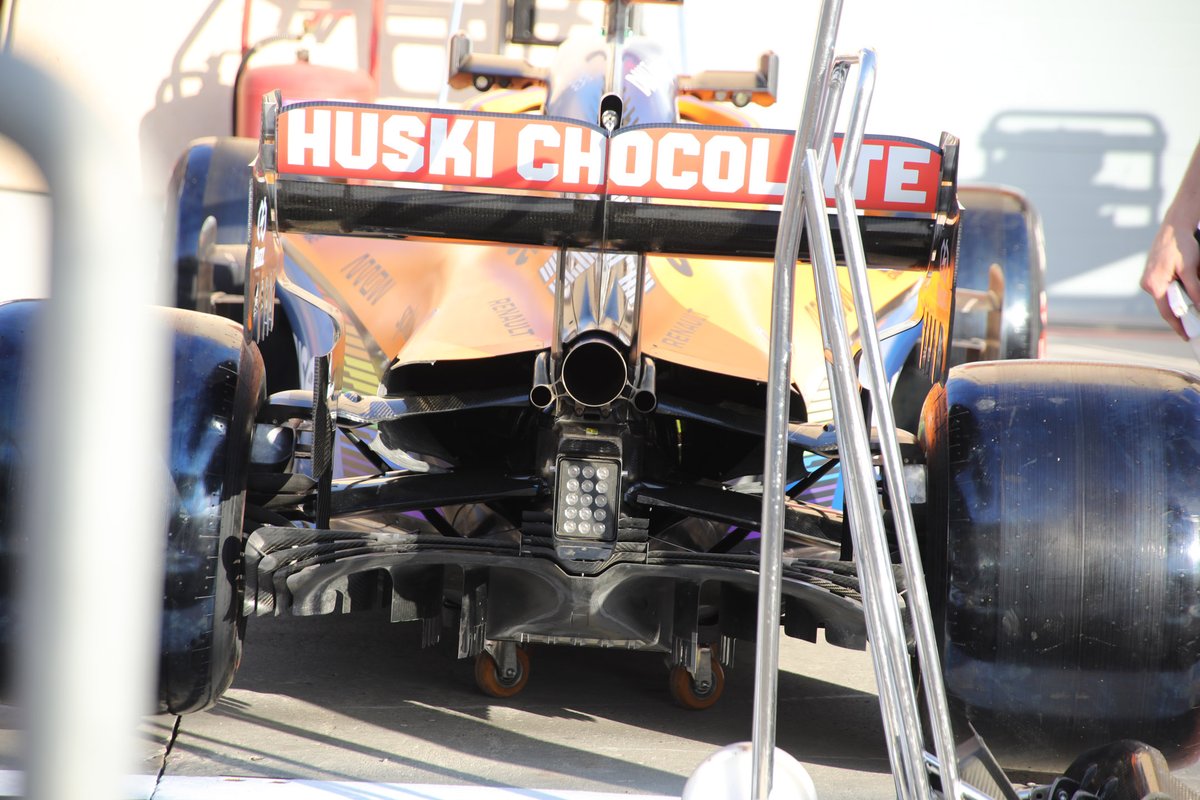 10/11
See how much tighter the central section of the diffuser is on the McLaren MCL35 when compared with the other teams. 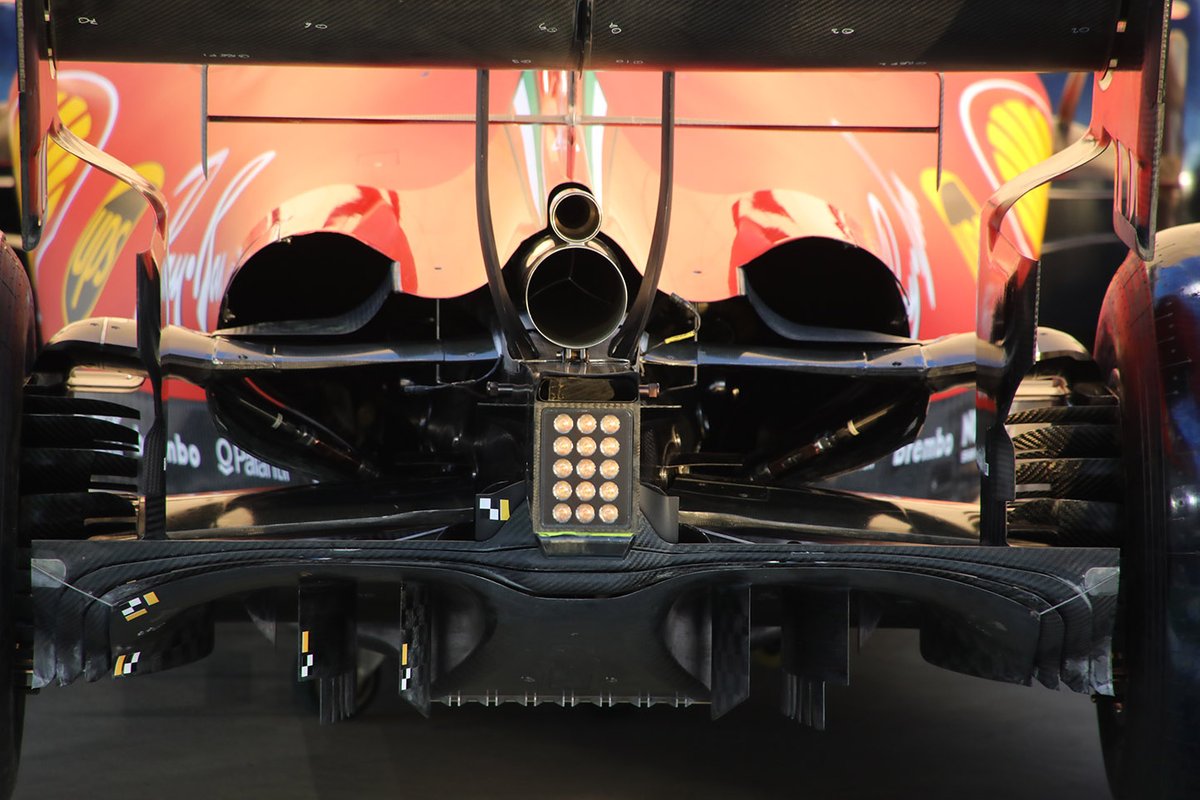 11/11
In this shot of the Ferrari SF1000’s rear end you’ll note the chequered stickers mounted on the various surfaces of the diffuser. These act as reference points that can be monitored by a hi-speed camera and will indicate how much movement there is. The team will then use this information to make improvements on the construction of those surfaces.