No “bad blood” at McLaren over Sainz departure, says Brown 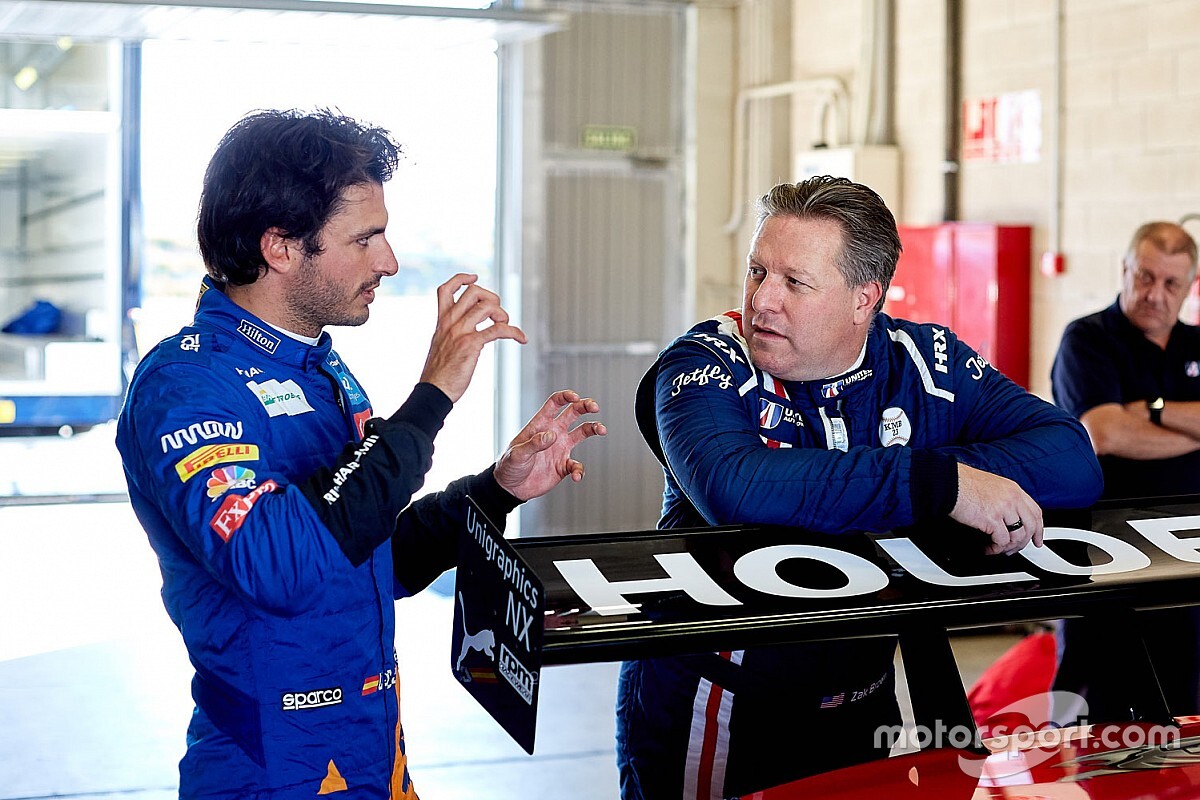 McLaren Formula 1 team boss Zak Brown believes that his team will be a happier place than the two rival outfits that will also go through the 2020 season with a driver who is known to be leaving.

Brown says Carlos Sainz’s move to Ferrari for 2021 was handled openly and amicably, while in contrast he sees “bad blood” at both the Maranello outfit and Renault, where the impending exits of Sebastian Vettel and Daniel Ricciardo have been accompanied by some tension between the parties.

Brown says that McLaren knew that Sainz had an opportunity to go to Ferrari, and formally gave him permission to commence talks.

That in turn gave McLaren a heads-up and an early opportunity to sound out Ricciardo as a potential replacement.

“Carlos and I spoke about it, so it wasn’t hearing stuff through the grapevine,” Brown told Sky F1. “I think how the majority of these driver movements happen is everyone is sneaking around the back of the motorhome, trying to have secret dates.

“I think McLaren has a bit of a different philosophy on our relationships with our people, including our drivers.

“It was a conversation that Carlos had with Andreas [Seidl] and I over the winter. We actually had to give him permission to go speak with Ferrari, and we gave him that permission, so it was very above board.

“I think you can see by the way we are eventually going to part that we are very much going to race together this year.

“I think it’s great to see that drivers and teams can separate and there not be animosity, because I think that if you look at some of the other movements, it looks like unfortunately there’s some bad blood. And yet those people still need to race together this year. I’m quite proud of how we’ve all handled it.”

Brown says Sainz performed even better than expected in 2019, and he expects the Spaniard to be a race winner with Ferrari if the car is good enough.

“He did a better job than I even thought he was going to, and obviously we wouldn’t have signed him if we didn’t think he was going to do a good job.

“But he really didn’t make any mistakes. If you look back I remember in Bahrain [in 2017] where he had that silly incident back in the Toro Rosso days coming out of the pits.

“You didn’t see any of those rookie errors which you expect from a young driver. Real maturity, a lot of pace – let’s not forget he had a poor start to the season, getting caught out in qualifying in Australia by Kubica’s tyre blowout, so he didn’t really start scoring points in the first couple of races.

“He worked really well with Lando. He’s very fast, he’s a team player, I never felt nervous when Lando and Carlos were round each other in the track. Some of the other teams you see the team mates get near each other, and they seem to have magnets.

Singapore GP in “open dialogue” with F1 over 2020 race