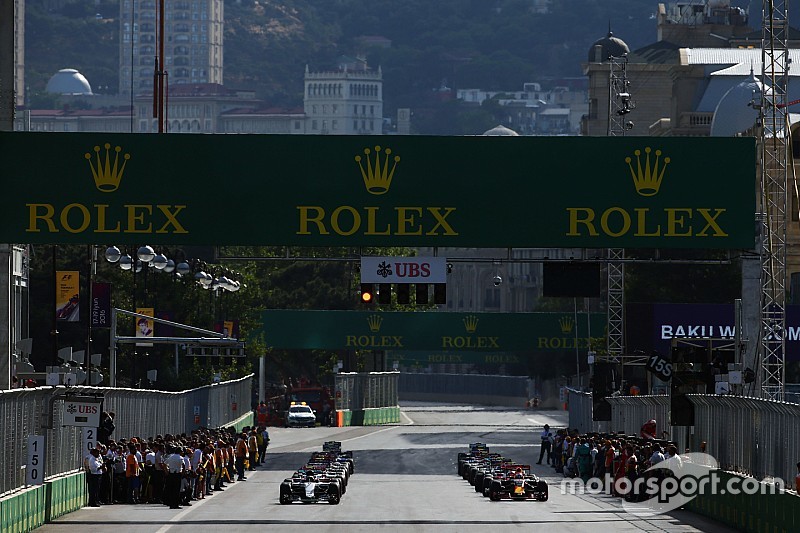 Azerbaijan Grand Prix promoter Arif Rahimov has hit back at Liberty Media boss Greg Maffei after he made critical remarks about the Baku F1 event.

Speaking at Deutsche Bank conference in Florida last week, the Liberty president and CEO referred to the potential expansion of the F1 calendar and markets that were of interest.

He then cited Baku as an example of a race that did not contribute to the overall growth of the sport, implying that the fee was of more significance to former F1 boss Bernie Ecclestone.

"I think it's our job to do far more to help the promoters to be successful," Maffei told the audience.

"So we end up with races in places like Baku in Azerbaijan, where they paid us a big race fee, but it does nothing to build the long-term brand and health of the business.

"Our job is to find partners who pay us well, but also help us to build the product.

"And it's incumbent upon us to bring best practice. What are the races that are considered the most exciting?

"Abu Dhabi, the Singapore night race, Mexico City. What's going on well in those races? We need to share that better with the promoters in each of the cities where things are less successful."

Maffei's apparent dismissal of Baku was not well received by those behind the event, with Rahimov admitting his comments had upset organisers.

"It does upset us obviously," Rahimov told Reuters today. "Mr Maffei has been involved in F1 for less than half a year.

"We've been working on this project for three years now so we have more experience with F1 than them.

"I think saying something like this is ignorant, but we'll see."

Renault "not attacking anyone" with F1 oil clarification request