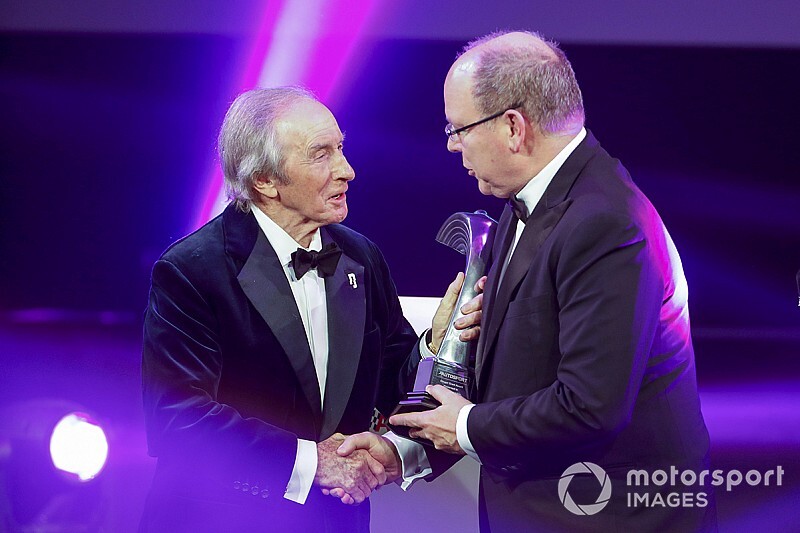 This year's second Gregor Grant Award at the 2019 Autosport Awards has been presented to the Monaco Grand Prix.

The award celebrates the 90th anniversary of Formula 1's most prestigious event, which was first run in 1929 on the Circuit de Monaco. Monaco has hosted 66 grands prix since 1950 - and every year without exception since '55 - and forms part of the 'Triple Crown' of motorsport alongside the Le Mans 24 Hours and the Indianapolis 500.

Ayrton Senna holds the record for the most victories at Monaco with six, ahead of Graham Hill ­– who won the race five times in the '60s. The Award was presented to Albert II of Monaco by three-time Monaco GP winner Sir Jackie Stewart.

"Monaco is the one to win," said Stewart. "If you haven't won at Monaco, there's something wrong with your CV! It's the most glamorous, the most exciting [race]."

Collecting the Award, Albert II of Monaco said: "It's a great privilege. I knew what Jackie thought of this [race], but it's so great to hear how much it means not only to Formula 1 but the whole of motorsport.

"The history and everything that makes this grand prix so special, we're so proud to be able to contribute [to Monaco's history]."

Monaco GP winner David Coulthard was also present and spoke about the 'magic' of Monaco.
"I've been living there for 23 years and racing for 18, but there's adrenaline we're all addicted to in motorsport and there's nothing more thrilling than going to Casino Square at full speed in a Formula 1 car."

This year's race was won by Mercedes driver Lewis Hamilton less than a week after the death of the team's non-executive chairman and three-time F1 world champion Niki Lauda.

The 2019 Autosport Awards will be broadcast on Sky Sports F1 at 9pm on Monday December 9.