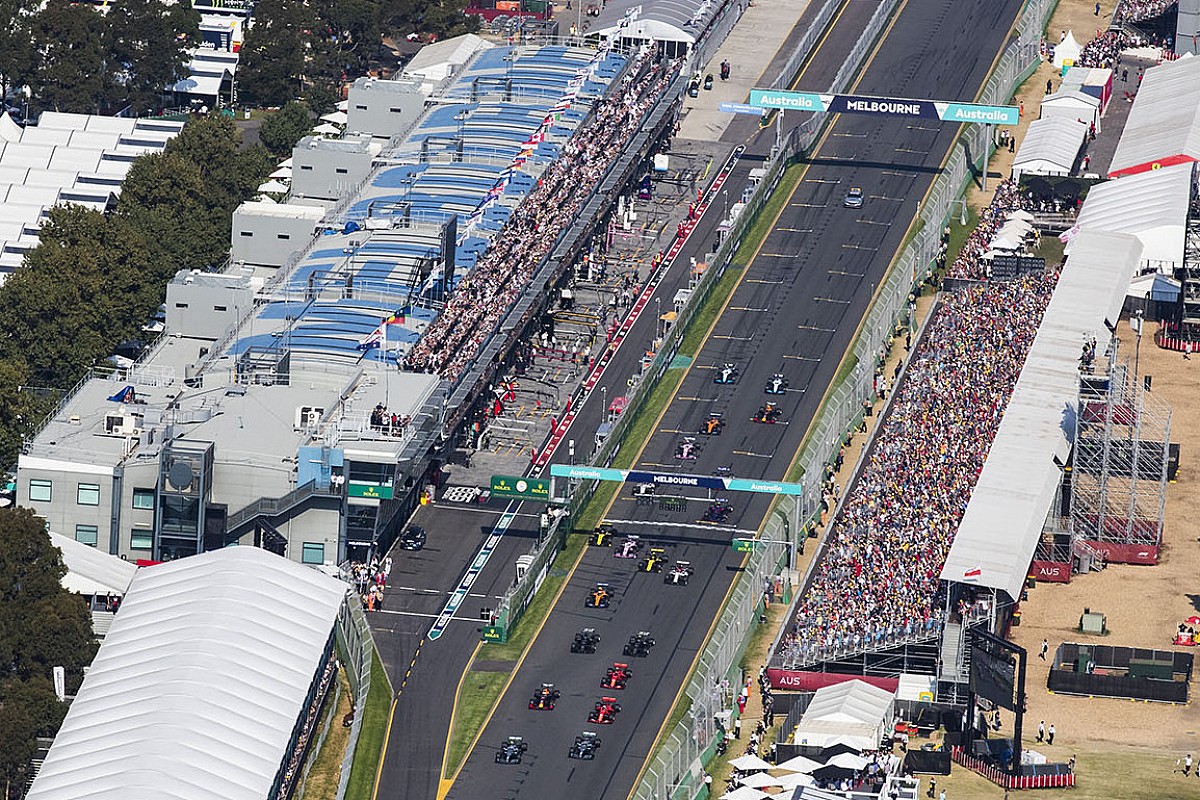 The Australian federal government has tightened travel restrictions for passengers coming from Italy, but resisted a total ban, as the tense countdown to next week's Formula 1 race in Melbourne continues.

As Australia's response to the COVID-19 crises evolves, prime minister Scott Morrison today announced that South Korea has been added to the same travel ban list as China and Iran.

The bans, set to run until March 14 at the very earliest, won't allow passengers to enter Australia within 14 days of leaving any of those three countries.

Morrison also confirmed that passengers arriving from Italy will face stricter entry requirements, including questioning at check-in and temperature checks on arrival.

However, Italy has once again escaped a full travel ban – which could prove crucial to next week's Australian Grand Prix going ahead.

Should the travel advice for Italy not change before next week, the final hurdle for the AGP would be any potential restriction on public gatherings to limit the risk of transmission.

There have been no major events cancelled in Australia just yet, although Victorian minister for sports Martin Pakula did yesterday tell SEN radio that the Aussie Rules season starting behind closed doors "wasn't out of the question".

Australian Grand Prix Corporation CEO Andrew Westacott today reiterated that the grand prix will go ahead as planned, and he expects the teams to start arriving in Melbourne in the coming days.

"It’s all systems go for next week," Westacott told 3AW Radio Melbourne. "There's 50 workers from Formula 1 that have been in the Albert Park for a couple of days now.

"The freight arrives between tomorrow and Saturday/Sunday out of Avalon. Everyone from the world of Formula 1, including those [Italian] teams, arrive from [today] through to Tuesday next week.

"The prime minister announced in his 1 o’clock press conference the enhanced screening procedures and measures from Italy.

"And I think he made the point that there were about five times the volume of people coming in from Australia from South Korea versus Italy.

Liberty Media CEO Greg Maffei, meanwhile, has played down the impact of the virus on F1 and the company as a whole.

"I'm not sure how you manage it in a way,” he said at an investor event in San Francisco. “I believe you're going to go through a cycle here and I think it's going to be shorter rather than longer, and you try and batten down the hatches until that's done. You’ve certainly seen things like travel be hurt.

"There's some risk in our businesses like F1. We did have to [postpone Shanghai], and it was not our choice, as the Chinese government told the Chinese promoter not to hold the event in April.

“But so far we're still on a go-ahead basis in F1. The next three races at the beginning of the season are Australia, then Bahrain and then Vietnam, and today all are all systems go.”

Supercars, which is set to stage its second points-paying round of the season at Albert Park should the event go ahead, says it will follow the "advice and direction" of the AGPC.

"Supercars is ready to race next week and it’s business as usual for us," read a statement provided to Motorsport.com by the series.

"We are remaining flexible and operating within the guidelines set by Australian health authorities.

"As it’s not our event, Supercars will take the advice and direction from the AGP, but we’re ready to go and we’re looking forward to a great weekend of racing."

Interstate teams are set to begin the trek to Melbourne this weekend, should the event not be called off before then.