Aston Martin thinks the swift-footed approach that helped it snatch Fernando Alonso from Alpine can fast-track its push to the front of the Formula 1 grid.

The Silverstone-based squad is recovering from a poor start to the year where it went down the wrong concept route with its AMR22, before switching tact from the Spanish GP.

And although it still looks set to finish ninth in the constructors’ championship this year, it feels it has made decent progress behind the scenes to be confident about delivering decent steps in to 2023.

The team has shown its ambitions by signing Alonso for next season, having wasted little time at the Hungarian Grand Prix, in the wake of Sebastian Vettel’s retirement announcement, to lure the Spaniard away from Alpine.

It was that ability to react quick on the driver front that has highlighted a core strength that its engineering team believes it has in place to deliver with its car.

Aston Martin performance director Tom McCullough said: “I think the team has always been very agile. It's been a small race team and, at its core, there are a few key people making the decisions. It's not a big bureaucratic company.

“I go back from the race weekend, my job is to report to Andrew Green [chief technical officer], and Dan Fallows who has also joined us recently as technical director as well. That slightly changes the structure, but we're trying to keep the good bits of how we used to work, but add what we need to do to lift the level as well.” 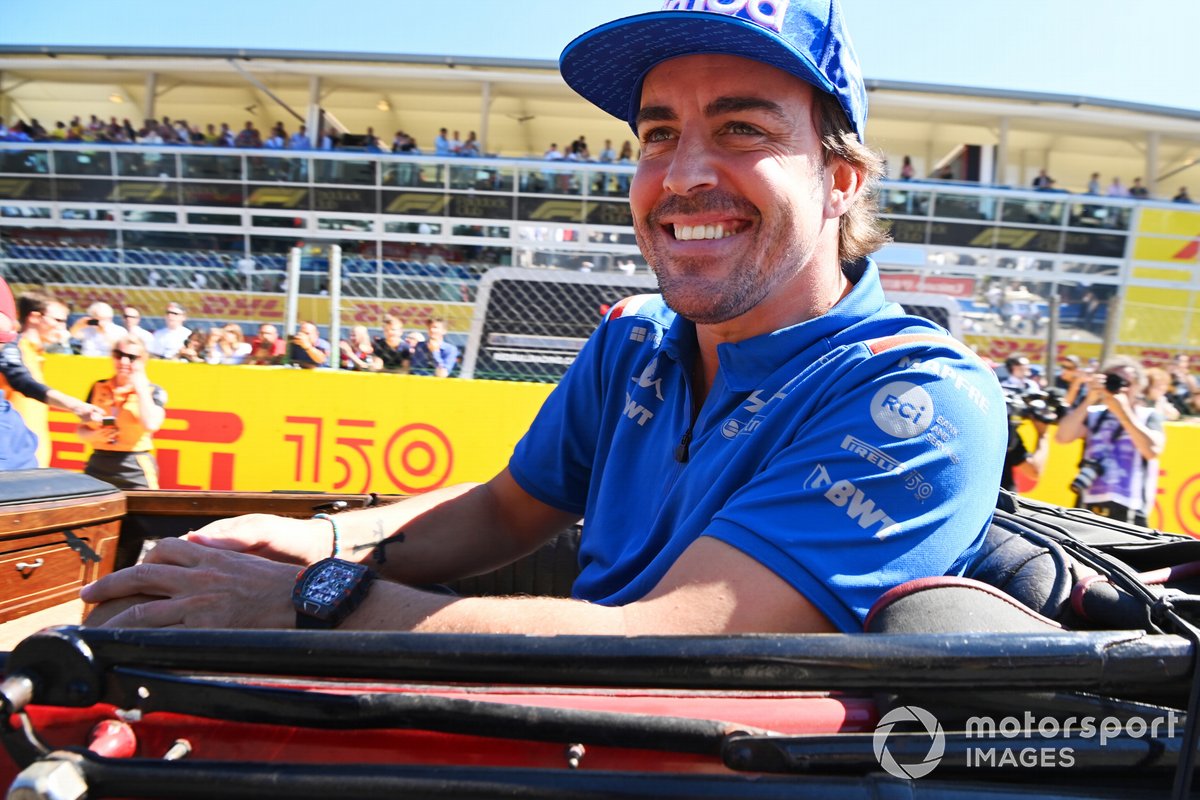 McCullough believes the example of the team not wasting time in going for a much-needed mid-season concept change shows how the squad is able to be decisive and get things done.

“As we sat down, we were trying throughout winter testing and the first few races to bring parts to the car to get on top of the porpoising, and to give a bigger operating window to the car,” he said.

“But you get to a point where, even with your development tools, windtunnel, CFD simulations, and track tests, we weren't making the progress we wanted to make.

“We said, okay, this first route looked good but then we'd underestimated the porpoising problem, so let's try the other philosophy.

“We went back to the data we had, we then started working with that in the windtunnel again and bang, we brought it to the car as quick as we could do. There was a huge push from the manufacturing and production side to get it to Spain.

“There was a phenomenal amount of work to do that. When it was announced. I didn't think there was any chance to get two cars there. We had no spares, but we turned up and that was it.”

While Aston Martin is undergoing an expansion under owner Lawrence Stroll, McCullough has faith that it can become bigger without losing its decision-making qualities.

“I think that's always been a strength of the team,” he said. “We have to keep that in F1. Because every race matters. If you can be competitive and score points, then off you go.”

While the AMR22 has not proved quick at all tracks, and has been tricky to get the most out of in qualifying, the car does have some clear strengths.

GPS traces have shown it to be as better than Red Bull in slow speed corners, something which could benefit it at this weekend’s Singapore GP.

Asked by Motorsport.com if that low-speed excellence showed there were hidden qualities in the AMR22, McCullough said: “The car actually has been quite performant in the low street corners for quite a while, and we've seen that from the analysis compared to other people.

“Our big focus has been to also improve the car in the high-speed corners, which we have been doing of late. From the Red Bull side of things, their car is very efficient and very fast in a straight line, and we're not as strong as them. But neither is most of the grid.”