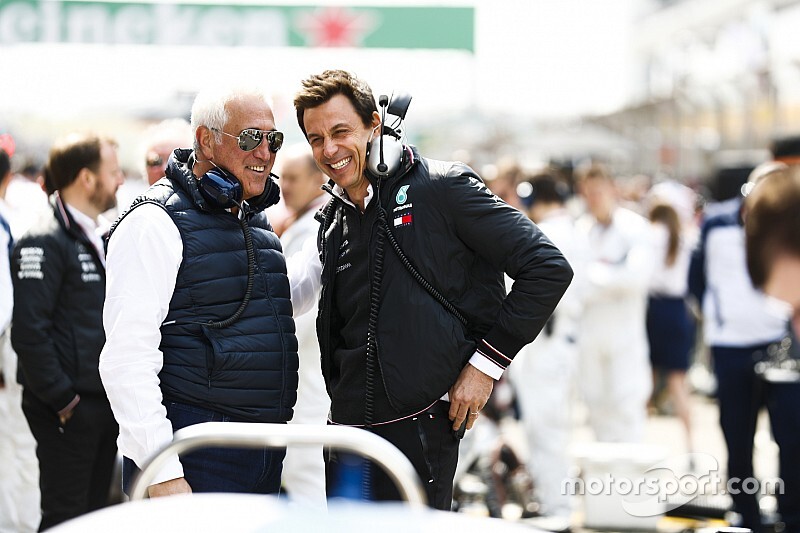 The confirmation of Lawrence Stroll's massive £536 million fundraising effort into Aston Martin last week was supposed to be a momentous occasion in helping the British sportscar manufacturer look towards a brighter and better future.

With Stroll's Yew Tree consortium bringing with it some financial muscle, including an injection of £260m of new capital, and shareholders approving a plan for Aston Martin's F1 works team, this should have been a win-win for everybody involved.

But in these unprecedented times of a global pandemic putting untold pressure on businesses, even those eye-watering cash figures were not enough to lift the gloom.

Against the backdrop of the company warning that, even with Stroll's input as its future executive chairman, it did not have the capital to survive the next 12 months unless it changed path and found even more cash, the stock market gave its verdict on what it all meant.

With its share price having traded around £2.20 before the General Meeting that approved the Stroll plan, news of the capital warning left investors worried. A day later it briefly crashed to 65p before rebounding above a pound the following day – although that could have been a dead-cat bounce effect.

Since then, however, things appeared to have stabilised amid signs of much less turbulence on the wider stock markets. As of Wednesday morning, Aston Martin's share price is bubbling around the 80p mark.

It is clear that these are not easy times for any car manufacturer, but it is the luxury makers who may well come under the most stress when the economy eventually recovers.

Aston Martin finds itself under the spotlight more than some others, however, because it is embarking on a new chapter right now. Plus it is putting the spotlight on itself because, at a time when some rivals may be questioning their F1 involvement, it is ramping up its presence. 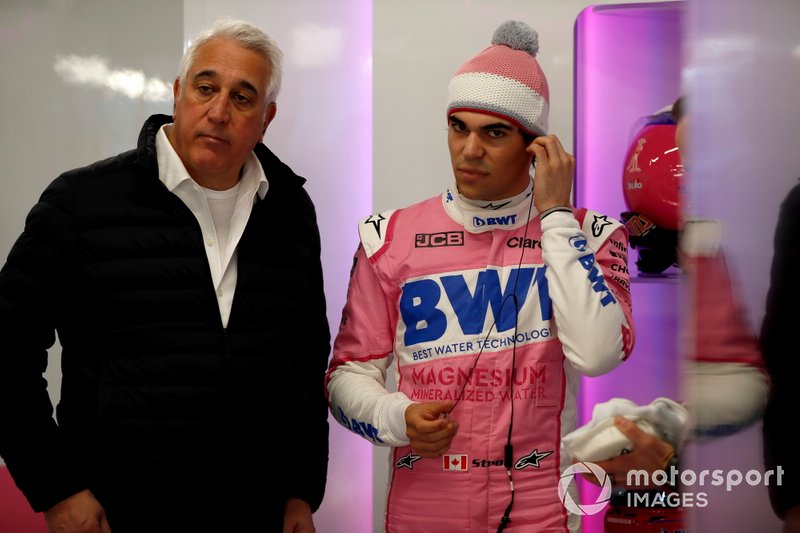 As part of Stroll's original investment, Aston Martin will shift its title sponsorship deal of Red Bull (believed to be worth as much as £20 million) across to Racing Point from 2021, which will lead to the team being renamed Aston Martin Racing.

Just a day after the share price tumbled, Lawrence Stoll put out a Q&A making clear that the F1 project was pushing on full steam ahead.

"A brand with the pedigree and history of Aston Martin needs to be competing at the highest level of motorsport," he said. "I think it's the most exciting thing that's happened in recent memory in Formula 1 and it's incredibly exciting for all stakeholders in the sport, especially the fans."

He added: "The global spotlight of Formula 1 is second to none and we will leverage this reach to showcase the Aston Martin brand in our key markets."

But even with an original proposal of a 10-year plan, and four year's of sponsorship commitment guaranteed, it is still likely that it will not fully escape any financial pressure that comes to bear on the parent road car company.

For if the finances are put under extreme stress, then spending £20 million a year on an F1 project may not be viewed as a necessity. That is why the success of Aston's road car business and its F1 ambitions cannot be viewed in isolation.

Stroll had already dug into his pockets before the coronavirus pandemic erupted. As well as the wider investment plan, back in February this Yew Tree Consortium provided it with £55.5 million of short-term working capital support.

Key then to what happens to the Aston Martin F1 project long term will be what Stroll is able to do to get on top of the road car's finances.

In the short term, Aston Martin has talked of loans and other financial instruments being enough to see if through the next 12 months. But it will need a better plan longer term.

One rumour that has floated around for several months has been of Stroll slotting in Mercedes boss Toto Wolff to help make use of the management skills that have helped the Silver Arrows F1 team win six consecutive F1 title doubles. There was even wild talk of him become Aston Martin CEO.

But Wolff has been clear in recent days that his priority is in sorting out a contract to remain at Mercedes. He has point black denied talk of him having a formal role at Aston Martin or of taking any 'strategic' investment in the team.

Asked about the speculation over his Mercedes future last weekend, Wolff told the Osterreich newspaper: "In most stories that could be read about it, people added up 1 + 1 and turned it into 3.

"What is my current status? My participation in Mercedes is solid, my contract runs until the end of 2020, and we are still in good discussions about what we want to do together.

"We are discussing. But all of this has been pushed into the background by Corona. We all have bigger problems to solve now - human problems in our companies." 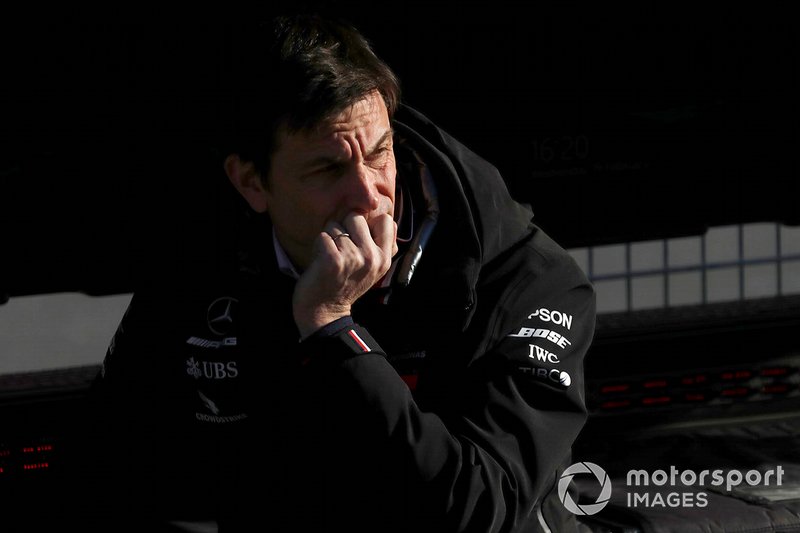 But not taking a strategic investment or formal role does not preclude Wolff getting involved financially on a smaller scale.

He and Stroll are good friends and sources have indicated that a personal investment could still be on the cards. But any deal like that will not be on the scale that would be a game-changer for Aston Martin.

While any personal Wolff involvement with another car company would seem slightly unusual considering his focus on Mercedes, there would not actually be a conflict of interest, so it wouldn't impact him staying on with the German car manufacturer.

For Daimler is already a shareholder in Aston Martin, having struck a deal in 2013 to receive what was then 5% of shares (non-voting) in exchange for supplying its next generation of cars with high-performance engines and electronic components.

"The various agreements governing the supplier relationship between Daimler and Aston Martin Lagonda impose certain restrictions that have the effect of limiting the Group's ability to obtain investment from certain strategic Daimler competitors, or certain other restricted parties, without Daimler's consent," says the document.

"If certain strategic Daimler competitors acquire any interest or certain other restricted parties acquire a specified interest in the Company without Daimler's consent, either Aston Martin Lagonda or Daimler may give notice of at least three years that the principal operational agreements governing the commercial and supply arrangements between Daimler and the Group will terminate."

That effectively means should there be any extra investment plan – whether it involves Wolff or not – it could only be with Daimler's blessing.

One other suggestion recently is that former Lotus CEO Dany Bahar has also put forward an investment plan to Stroll, which would help transform the Aston Martin company.

There are rumours that one of Bahar's ideas was to bring in Chinese backers and move Aston Martin away from a focus on production cars and towards more exotic machinery.

How much of this plan is true is hard to ascertain, but Bahar has declined to comment on any potential involvement he may have, while Aston Martin too has been silent on the matter.

In a fast-changing world that is facing unprecedented challenges, it is hard for any company to be sure about what the future holds in a few weeks from now, let alone months and years.

Aston Martin's road car or F1 operations will not be immune to that, which is why it still faces some considerable hurdles in the both the short and longer term.

But for Stroll, who had business successes with a host of companies including Tommy Hilfiger and Michael Kors, the current short term headaches will not distract him from his long term ambition.

"I am committed to Formula 1 with a long-term vision and this is just a temporary pause in the journey," he said.