For a team that showed in the past it was not afraid to copy rivals' ideas when, under the Racing Point moniker it created a 'Pink Mercedes', the Silverstone-based squad appears to have take the same approach again. 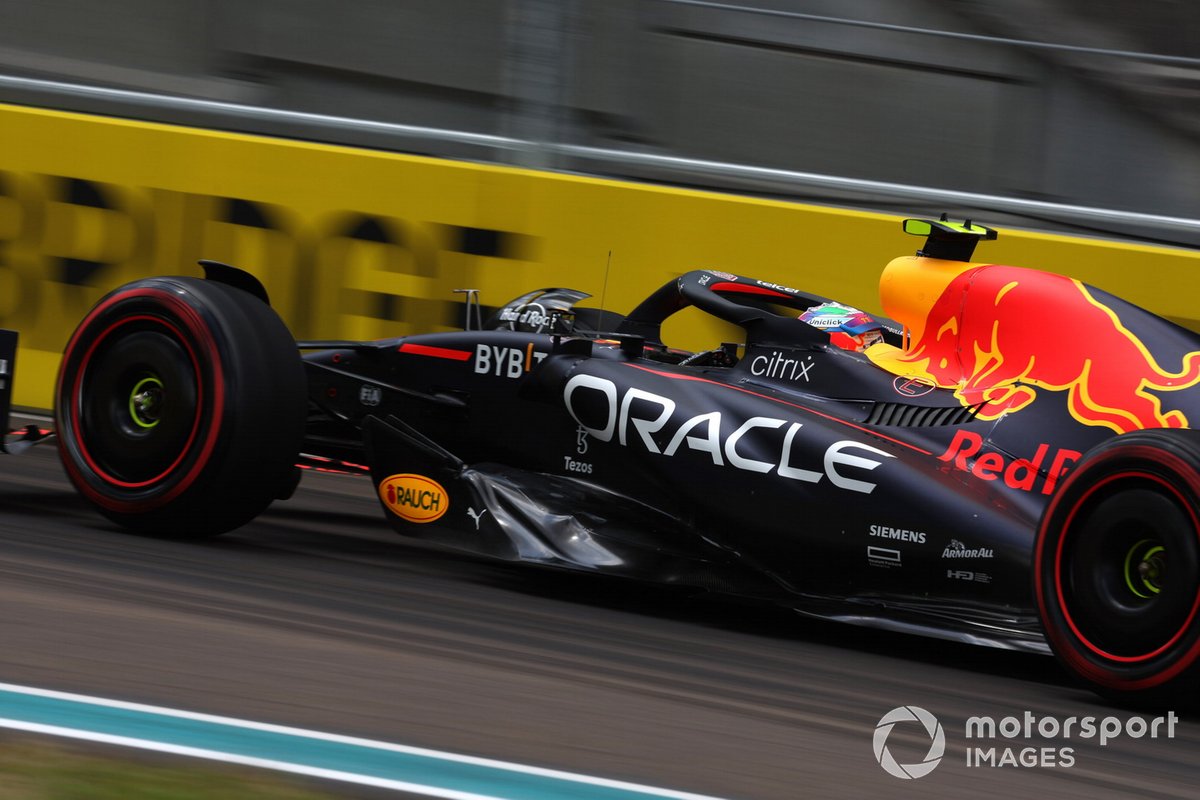 There had been a lot of talk in the build-up to this weekend that Aston Martin would unleash a comprehensive revamp of its AMR22, which has struggled for pace so far this season.

It was widely expected that the team would ditch its sidepod concept for something a bit different, although perhaps not as extreme as the Mercedes squad that provides its power units.

Instead, the high, wide waisted, cooling gilled sidepod solution that the team used during the opening five rounds has been traded in for something that very closely resembles the design used by Red Bull on its RB18.

The Red Bull concept appears true not only in terms of the surfaces that have an impact on the external airstream, but also with its internals too. 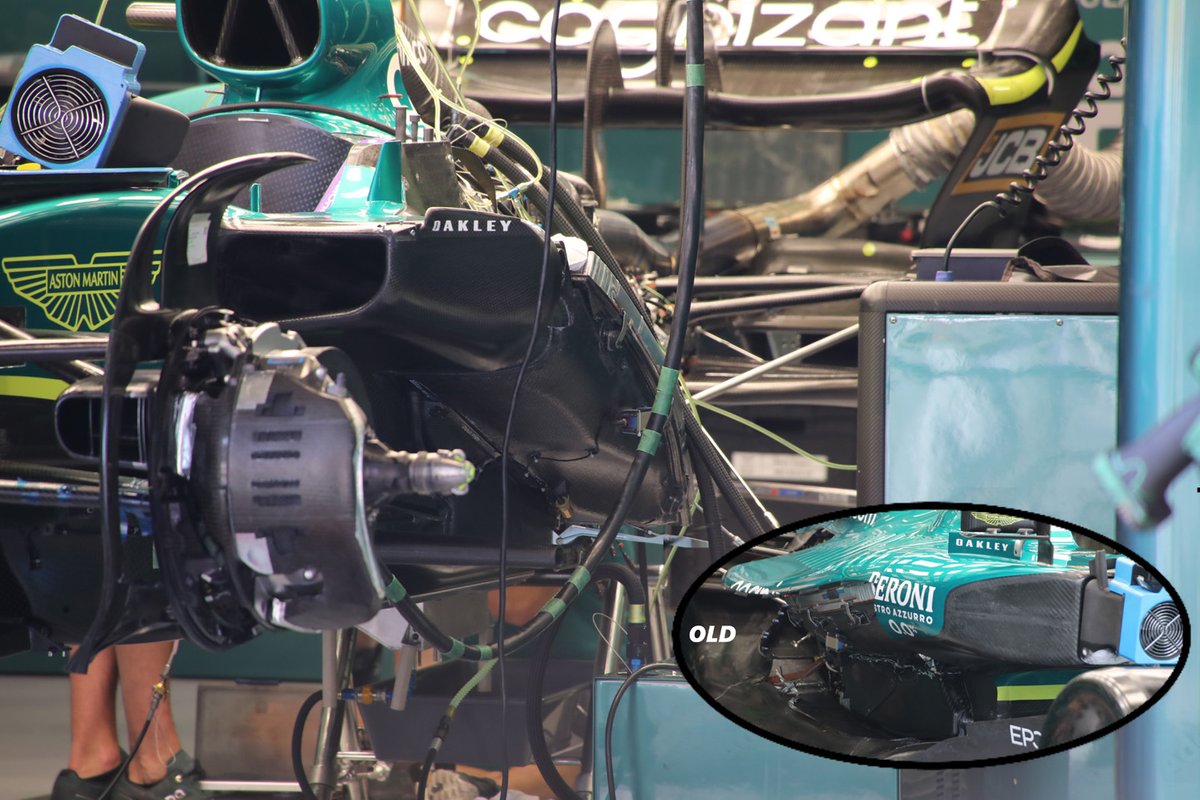 This has required some major surgery, as the radiators, coolers and the pipework that feed them have all had to be reorientated to facilitate the aerodynamic concept.

Previously the AMR22's internal components had been laid down in a more horizontal fashion, allowing for the use of a much larger undercut beneath the sidepod bodywork.

The new arrangement has required the team to back pedal on this design direction and reorient the components within the sidepod, resulting in external bodywork that's very similar to the split downwashing ramp design favoured by Red Bull.

This design kinship also extends to the arc shaped cooling panel that runs up the sidepod into the bodywork panel behind the halo, the twin edge strake arrangement and the floor's edge, with its midway slotted kick-up panel.

One aspect Aston Martin doesn't appear to have been able or want to replicate is the open top sidepod inlet though. The AMR22's design is not as striking as the RB18's in this department, with much less of the inlet open at the front of the assembly. 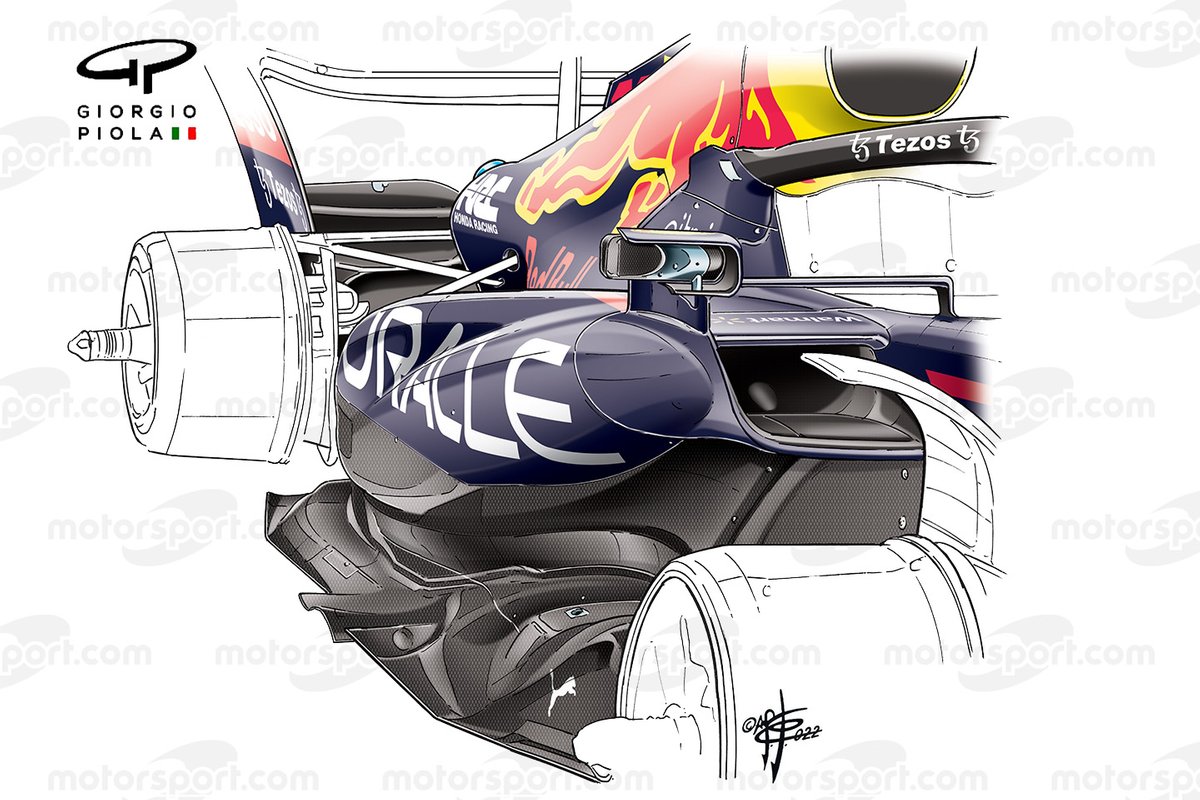