Formula 1’s 2022 technical regulations have been described as overly prescriptive as the rulemakers look to stifle specific developments in order that their overall goals are achieved – but here’s a plot twist.

While the teams have largely followed the intent of the regulations, that doesn’t mean an end to some innovative approaches, as the creative designers flex their muscles and interpret the regulations in their own unique ways.

In this respect, Aston Martin entered the conversation just ahead of the summer break, when it introduced a technically fascinating rear wing design. The new endplate design defies the convention set out in the regulations for which the rolled over transition with the mainplane and flaps has been formulated. 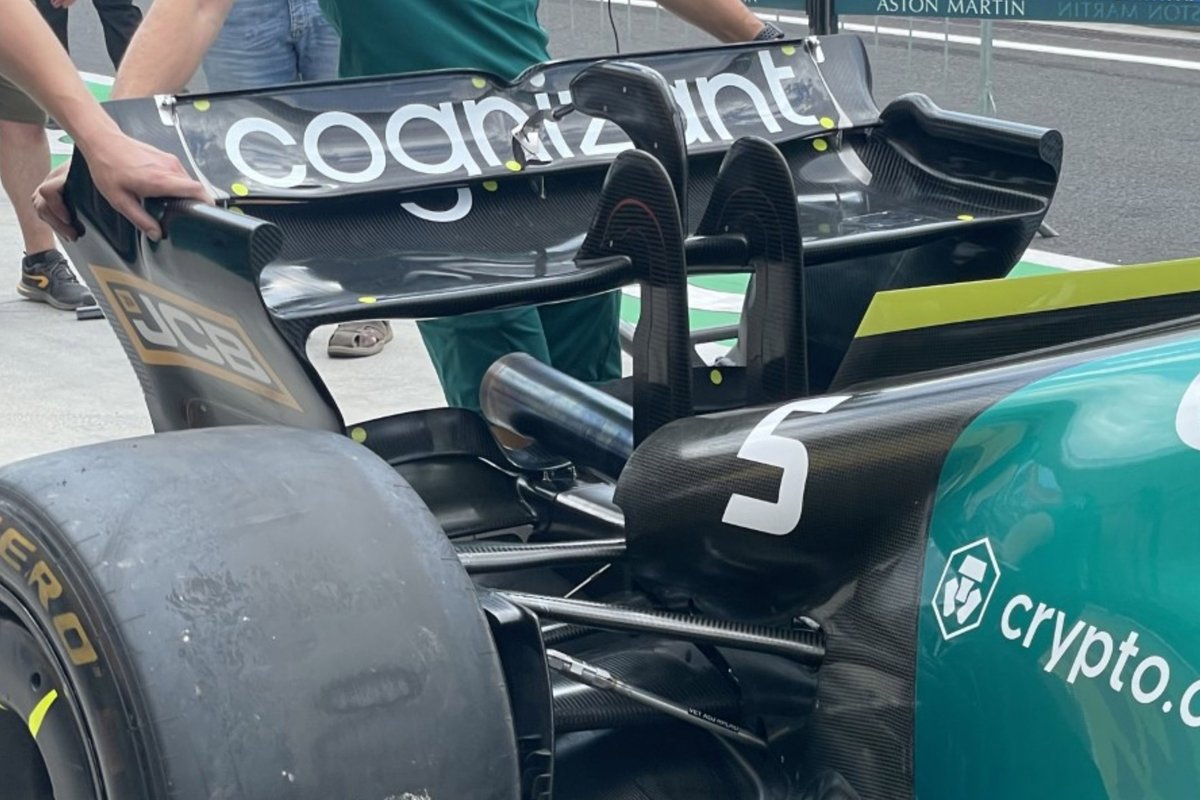 The approach taken by the rulemakers here is both aesthetic and aerodynamic, with the design not only meant to be more appealing to the eye than the more conventional design, it’s also one of the measures meant to help reduce complexity and alter the wake profile of a lead car in order that a trailing car may follow more closely.

The design in question is a callback to the old regulations, with the forward portion of the endplate extended up over the mainplane to create a junction between the two elements and which extends the span of the mainplane, without introducing incredibly harsh flow conditions.

The inwardly-rolled top edge, which looks like an apostrophe, is more about meeting the various radius and continuity rules but has then been optimised to achieve the designers’ overall targets too. 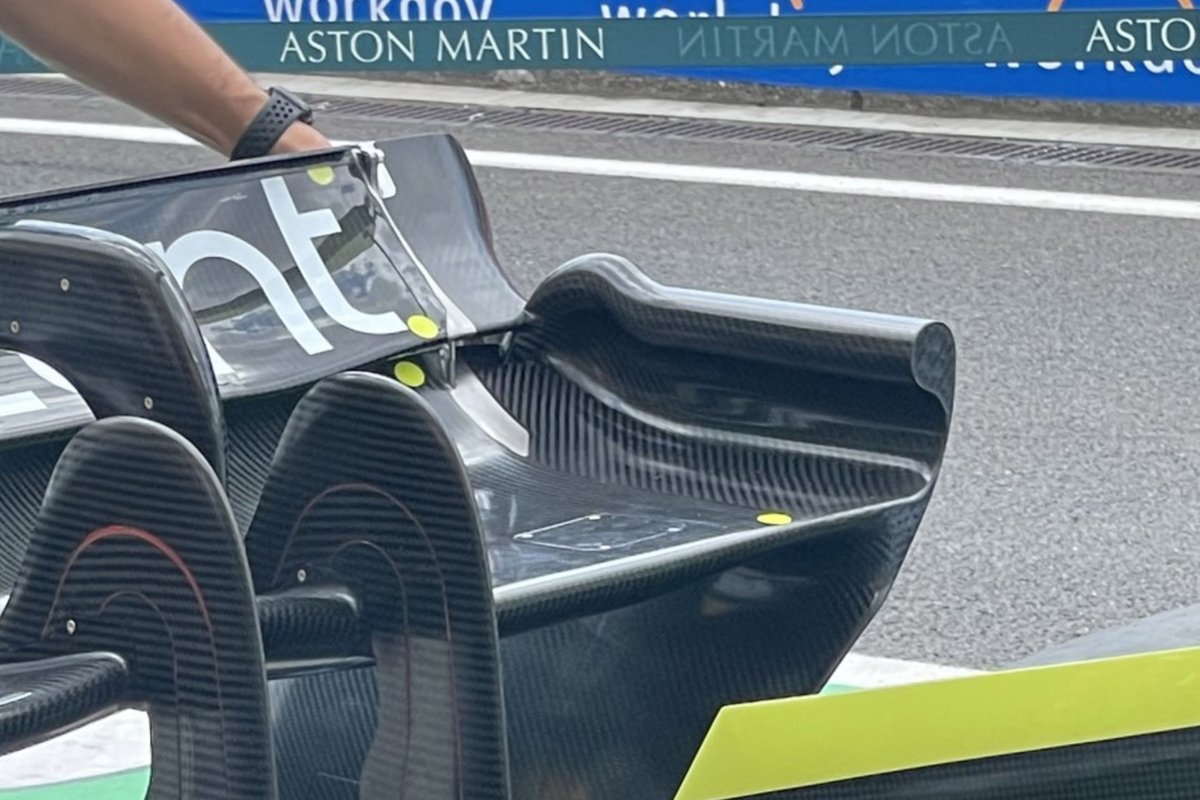 Introducing such a complex design was obviously something that could not be completed overnight, with the team not only having to make the controversial wing work as anticipated but, as the team’s Performance Director Tom McCullough explains, it had to undergo scrutiny from the FIA on numerous occasions to ensure it complied too.

“It took several months from the first contact to the full approval from the FIA,” he said. “And then once you've got approval we then design manufacture it, then you submit all the designs pre-race weekend.

“And again, the FIA has to make sure they're still happy with it, which they [did]. And then you get it on the car.” 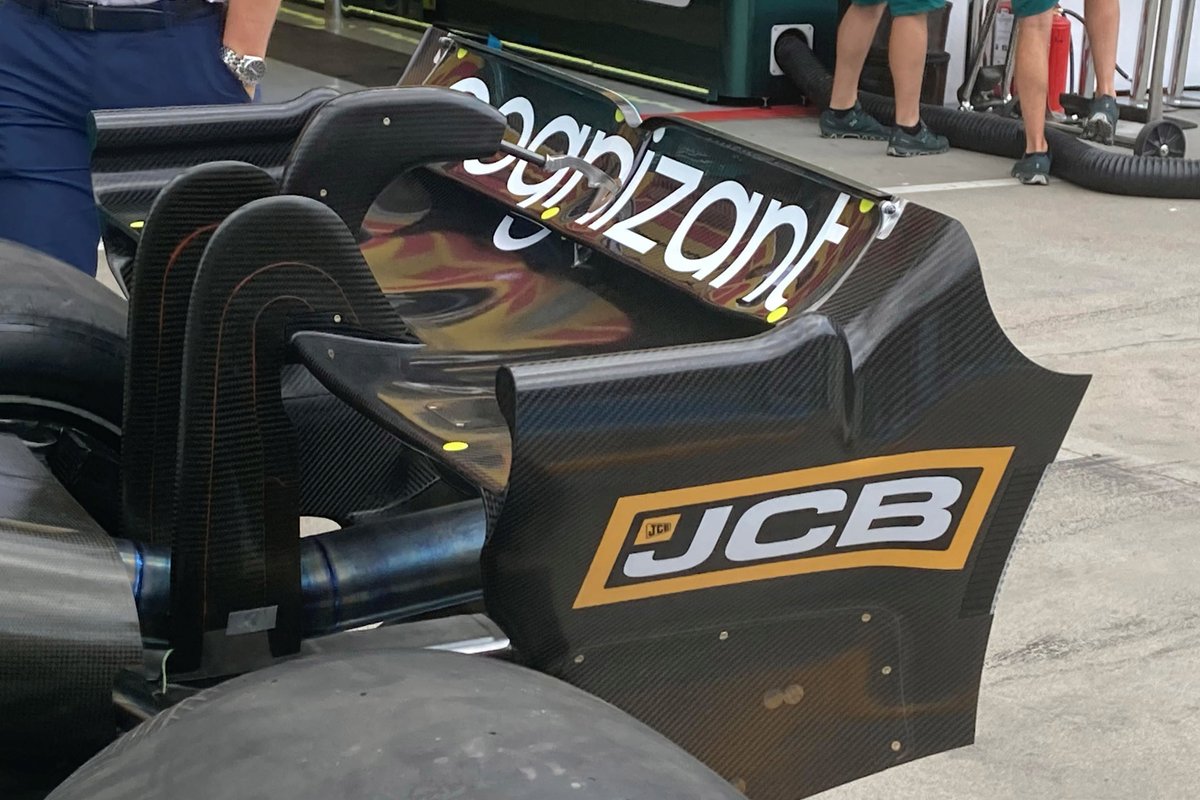 However, even if this new design feature did result in a quantifiable performance increase at the Hungarian Grand Prix, it’s not to say that we’ll see the solution at every race weekend given the implications of the cost cap and that Aston Martin has already built wings that they expect to reuse over the course of the coming months.

“So, we have a whole suite of wings, which we've already made,” added McCullough. “A lot of them we've used already through all the different efficiencies of the circuits. So to then go and remake those? It's just a bang for buck question.”

The other interesting question is, who will follow in Aston Martin’s footsteps and produce their own version of this solution? Well, that’s going to become an interesting narrative as firstly, does the design appeal to other teams and their intended targets with the suite of rear wings at their disposal?

Secondly, having run preliminary simulations on the design – which surely most of the teams will have done – does it provide the necessary uptick in performance to warrant further optimisation and the resources that entails?

Thirdly, will it fit in against the backdrop of the remaining budget, owing to the challenges posed by the cost cap?

Lastly, and perhaps more importantly, will the FIA intervene and review the regulations to prohibit the design for 2023?

As this will likely have more of an impact on other teams’ decisions as to whether they decide to produce their own versions going forward.