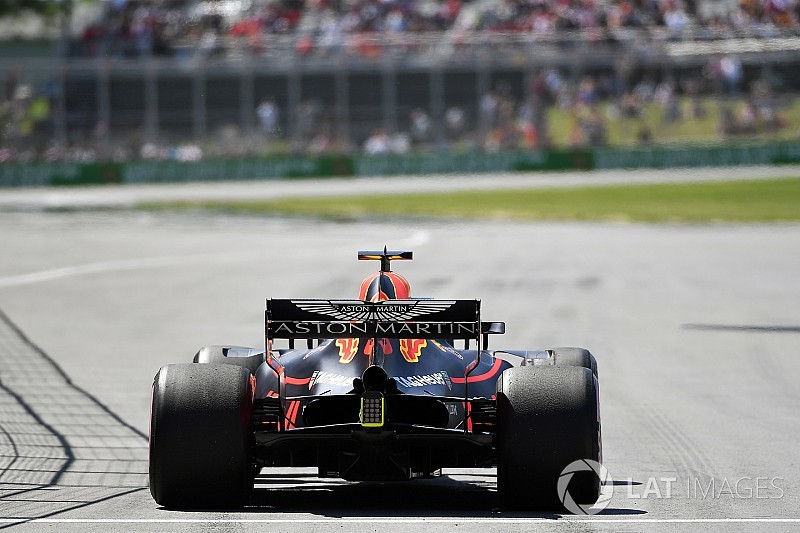 Aston Martin says the lack of a guarantee that Renault or Honda will commit to building Formula 1 engines from 2021 means it must still push on with its own power unit for now in case Red Bull needs it.

Although Honda’s move to supply Red Bull for 2019 and 2020 has given the Milton Keynes-based team a potential partner for when new rules come in to play, there is no certainty yet about who will provide engines after 2020.

With a major rules revamp on the cards, there remains a chance that current manufacturers could walk away – which would open for the door for new suppliers to come in.

Aston Martin CEO Andy Palmer says that part of his company’s long-term commitment to Red Bull – which includes the Valkyrie road car project and the placing of staff at a new engineering campus in Milton Keynes - is in ensuring there is a viable engine alternative for the F1 team if no other supply is available.

Palmer thinks it too early to suggest that Aston Martin is facing a situation where its 2021 engine project rests on proving to Red Bull that it could be a better option than the only other realistic options of Honda or Renault.

“So it is really, really hazy what happens to F1 after 2020, because nobody is yet committed to a new engine. But I think the important point there is that clearly Red Bull have left the door open.”

Aston Martin is already well advanced in its evaluation of what it will take to build a 2021 powerunit, having recruited respected engineers like Luca Marmorini to help its project.

Palmer suggests, however, that giving the idea a green light will take a lot of consideration – especially because factors like cost control and development limits will be important.

“I think we are reasonably comfortable in understanding the technical strategy, the debate for us now is what is called sometimes the sporting strategy,” he said. "This is the restriction on dyno, the restriction on manpower, the cost caps, the sharing of parts.

“And frankly, in many respects, that is more important to us than the technical regulations, because that determines whether we have the financial resources to go into competition with the likes of Mercedes and the enormous amount of money that they have and can throw at this sport.

“We are a much smaller company and we don’t have those resources, so that is the big debate for us.”

Aston Martin will not need to make a decision for a few months yet about its 2021 plans, but Palmer is clear that as long as there is a potential need for Red Bull to find an engine partner then it will keep its options open.

“The only reason for going further is if we have an innate belief that we can help Red Bull and we can win,” he said. “And it is very much coming from a background of, how do you keep Red Bull racing in a context of difficult supply conditions?

“Are the future Renault or Honda engine in 2021 going to be good enough that Aston Martin Red Bull can win races? If not, what is the alternative?

"And of course one of the alternatives is that we develop our own engine.”

Why Ferrari must avoid Barcelona repeat in France