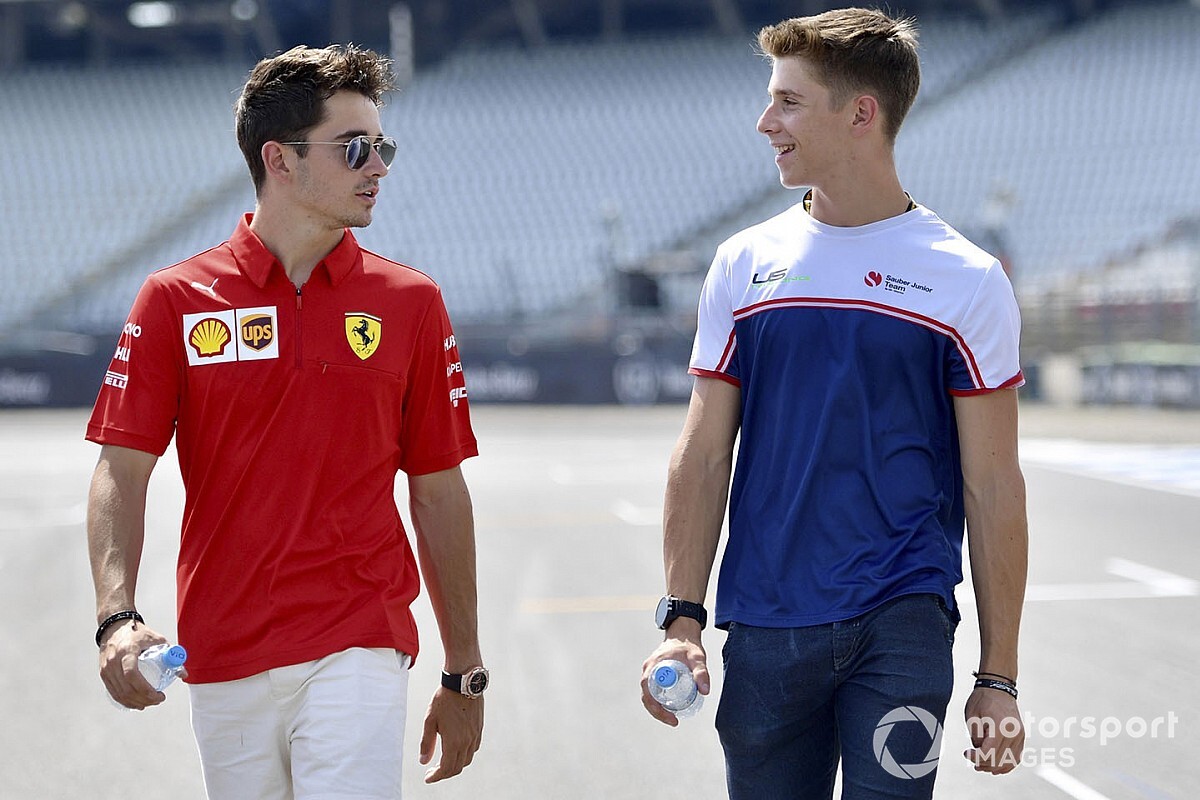 Ferrari has signed Charles Leclerc’s brother Arthur to its Formula 1 junior programme, and the 18-year-old will join Prema Powerteam in the Formula Regional European Championship.

Charles Leclerc scored two wins and seven pole positions on his way to fourth in the F1 championship in his first season with Ferrari in 2019, and that led to a new long-term contract.

Now Ferrari has added Arthur Leclerc to the Ferrari Driver Academy, after he scored one win, seven further podiums and two fastest laps in his first season of German F4 with US Racing.

Arthur Leclerc was a late starter in motorsport, contesting his first full season in cars where he finished fifth in French F4.

He'll now join reigning Formula Regional champions Prema, with which his brother secured his graduation to F1 with a dominant Formula 2 campaign in 2017.

“I am really happy to announce that I will drive in Formula Regional with one of the best teams in junior series,” said Leclerc.“I did my very first test in single seaters with Prema two years ago and I have always dreamed to race with them.

“This great opportunity comes with another big chance for me, as I am proud to announce that I am joining the Ferrari Driver Academy.

“I am very grateful for the support and the trust given to me. I cannot wait to be back in the racing seat.”

Team principal Angelo Rosin added: “We are absolutely looking forward to having him in our talent pool.

“In the early stages of his career he made the most out his chances to race, so we are confident about the potential for 2020 especially given how we saw him perform as a contender.“He is an outstanding addition to the team, and our side we are determined to work as hard as we can to make the difference for our drivers.”

Another new driver to join the FDA and Prema is Swedish karter Dino Beganovic. After three years of world championship karting, the 15-year-old will mark his first season in cars with a full slate of Italian F4 races, with additional selected German F4 outings.

Ferrari also confirmed 17-year-old Brazilian Gianluca Petecof keeps his place on the programme, after finishing fourth and then second respectively in the Italian F4 Championship with Prema.