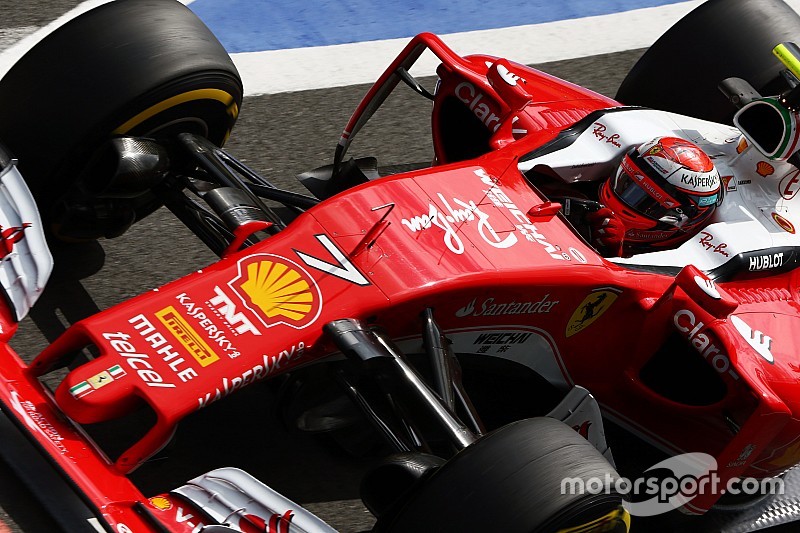 Ferrari has admitted that the Hungarian Grand Prix will be a decisive race for the team in understanding if it has any chance of beating Mercedes this season.

The Maranello-based outfit is coming off the back of two difficult weekends where it has lost ground to Mercedes and finds itself under increased pressure from Red Bull.

For now, team principal Maurizio Arrivabene is defiant that the world title is not a lost cause, but he is aware that if it does not succeed at the Hungaroring then it may have to admit its hopes are over.

It comes after Vettel and Ferrari delivered a brilliant victory at the track 12 months ago, with the layout and temperature well suited to the team.

"After Hungary we cannot fool around any more," said Arrivabene. "After that [race], we will understand what chances there are and where we are – and I believe that we cannot fail.

"Earlier in the season we had some problems related to certain components of the power unit, and these were sorted to the point that today our strong point is the engine.

"Now we need to work on reliability and other areas such as the aerodynamics."

Although Red Bull has closed to within six points of Ferrari in the constructors' championship standings, Arrivabene says his team's focus remains on Mercedes ahead of it.

"I believe that the progress Red Bull has made is good for F1, because they have helped create more interest and a better show," he said. "But I still think that our goal is to counter the Mercedes and not Red Bull."

When asked directly if he still believed that Ferrari would win the championship, Arrivabene said: "At this stage of the season if we said that we give up it would be wrong. We need to be focused to solve problems, and to do so in tough times".

Arrivabene has also said that aerodynamic tweaks should be coming soon to help improve the balance issues that have hurt it over recent races.

"At this stage of the season, you cannot have revolutionary solutions," he said. "But it becomes a priority to solve the problems we have to improve the car balance, and in this there should be some updates."

But at the top of its list of priorities is understanding why it has suffered a spate of gearbox problems that have proved so costly for Vettel over the past two races.

"This race [the British GP] has highlighted the problems that are not only related to this track," he said. "They had already emerged in Barcelona and in Baku, but here were more visible.

"We have to work fast, but there are clear gaps. Apart from the gearbox problem that needs thorough analysis to figure out if it's a design problem or materials. I'll bet on the latter. "

Force India has to make most of current package - Hulkenberg