Frederic Vasseur says Alfa Romeo’s talks with Andretti Autosport over a potential takeover didn’t impact its planning for the 2022 Formula 1 season beyond delaying some decisions.

American motorsport marque Andretti was in talks with the owners of Sauber - which operates the Alfa Romeo-branded F1 team - over a possible takeover in the autumn of last year.

Andretti already enjoys a presence in IndyCar, Formula E, Supercars and Extreme E, and was looking to extend its reach to F1 by purchasing a majority stake in the Sauber Group.

Michael Andretti planned to field Andretti Autosport IndyCar driver Colton Herta in one of the F1 seats, only for the deal to fall apart at the 11th hour due to what Andretti called "control issues".

Less than two weeks after Andretti confirmed the deal was off, Alfa Romeo announced that F2 driver Guanyu Zhou would be completing its line-up for 2022, partnering Valtteri Bottas.

While the Andretti deal would have had a huge impact on the Sauber operation and its F1 plans for the future, team principal Vasseur made clear that the talks did not have any bearing on its preparations for 2022 beyond pushing the timeline along for some decisions.

"We didn't stop at all the technical side, and it didn't slow down at all the development, that's for sure," Vasseur told Motorsport.com.

"On some discussions, on sponsors, drivers and so on, we had to be a bit present.

"But at the end, it won't change the situation. It had no impact, except that we postponed some decisions." 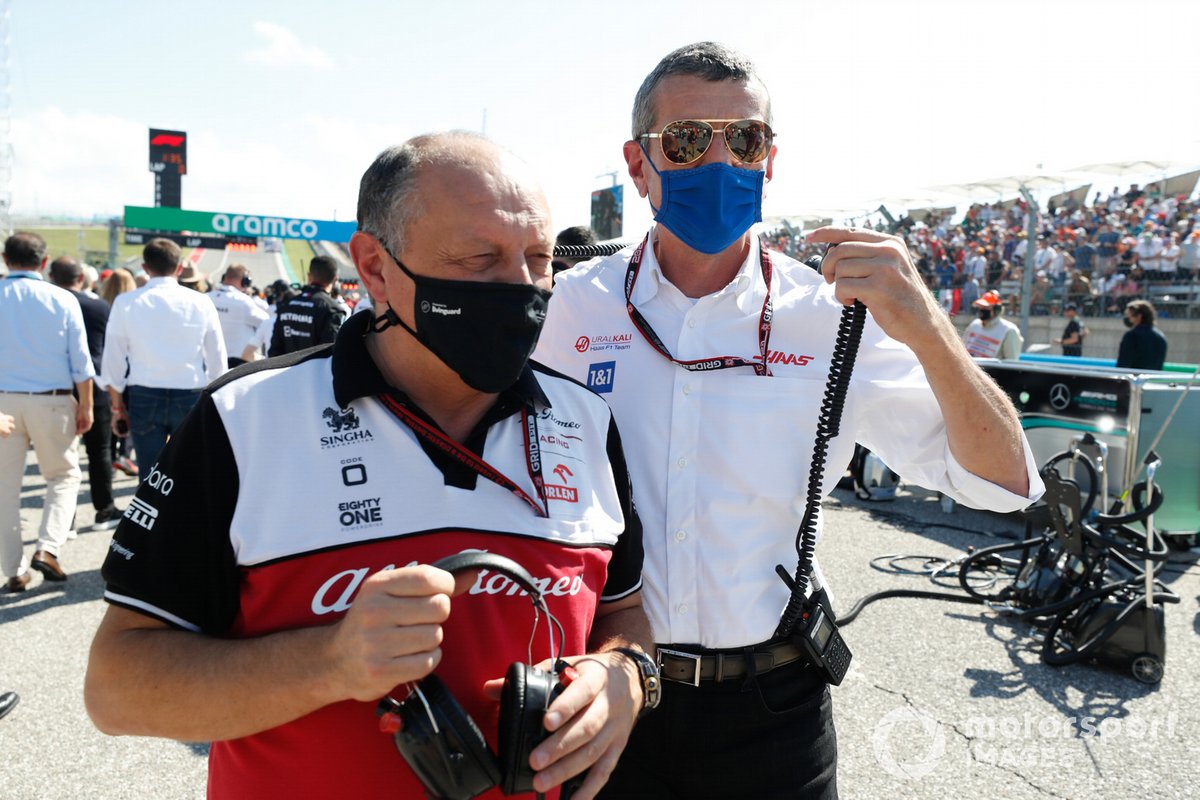 Bottas and Zhou have joined Alfa Romeo for 2022 as part of an all-new line-up, replacing the outgoing Kimi Raikkonen and Antonio Giovinazzi.

The team is looking to bounce back this year under the revised technical regulations after slipping to ninth place in the constructors' championship in 2021.

The arrival of Zhou - F1's first Chinese driver - is set to offer a financial boost to the team thanks to his array of sponsors, while Bottas joins armed with five years of experience from the championship-winning Mercedes squad.

Vasseur spoke of the need to "first build up the foundation of the house" before going "step-by-step" in the bid to lift Alfa Romeo further up the order.

"For next year, it's a new project, developing under the cost cap," Vasseur said.

"We have a new line-up. We'll have a new engine from Ferrari. We are trying to put everything together.

"At the end, you will have someone P1 and someone P10. We'll have good results and bad results.

"The most important thing is that we as a company, and from the shareholders to the guys at the factory, everybody is convinced that we are going in the right direction.

"This is important for me, because we need the support from every stakeholder."