Analysis: Why the FIA has acted on fuel-flow rates 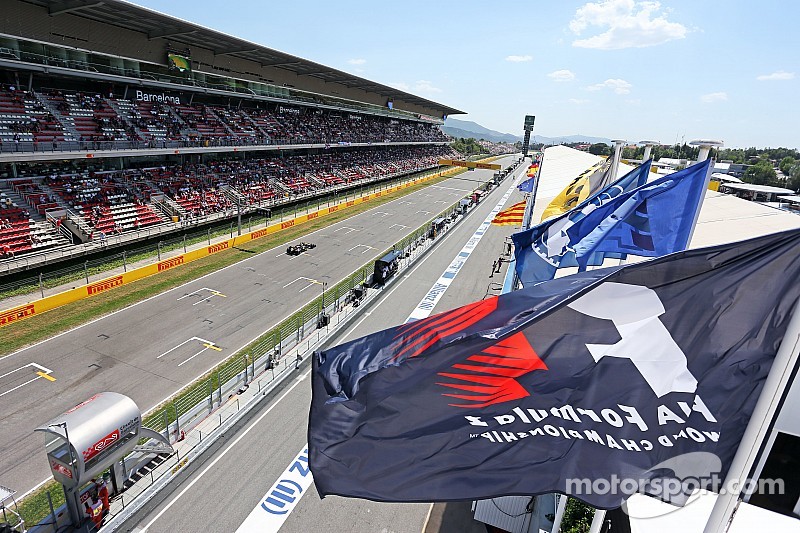 The FIA's latest ruling on fuel flow and pressure is intended to put a stop to suspicions that teams may have been exploiting the fuel flow rules in the search for more power, says Adam Cooper.

In layman's terms some teams are suspicious that rivals are collecting fuel beyond the fuel flow meter and then chucking it into the engine when it is most advantageous, usually on the straights. In other words, for those bursts the fuel flow goes over the mandated 100kg/hour rate.

The means of doing this would be a trick fuel system, for example with the use of flexible hoses that expand and create extra capacity with which to save that fuel for when it is required.

If people are doing this it can leave a trail of evidence in that there is a dramatic pressure drop. Pressure is also significant because extremely high levels could be used to make fuel system elements expand, thus increasing their capacity.

The FIA had its suspicions over fuel pressure in testing. On March 15 this became very apparent when Charlie Whiting issued a Technical Directive on the subject, which read: “In order to assist monitoring of the fuel flow regulations we are seeking to measure fuel pressure at various locations in your fuel systems. To this end we will be contacting each team individually to define the measurement points, sensor specifications, connections to the FIA Standard ECU, signal names and logging frequencies.”

The subject has remained a hot potato ever since, and it was discussed at length at a recent meeting of the Technical Regulations Group.

That led to today's Technical Directive from Whiting, which read: “With immediate effect we will expect fuel pressure, in the high and low pressure systems, to remain constant above a flow rate of 90kg/hr. We do not consider it necessary to define here what we consider constant, we feel it will be more practical to discuss any concerns we have with the relevant team(s) if and when issues arise. We will also be carrying out careful physical inspections of all fuel systems in use.”

This TD was issued soon after qualifying – which meant that the cars were frozen in parc ferme conditions.

This might lead one to believe that the FIA did that so that teams could not make any changes to their systems before the race, and that any post-race inspection might reveal if anyone has a system designed to circumvent the rules.

However sources insist that the timing was in fact co-incidental.

It's understood that the FIA doesn't believe that anyone is actually currently bending the rules, especially after the issue was highlighted in testing. However, this latest move is clearly intended to ensure that it cannot occur, and put a stop to any suspicions from rivals.

How it actually works

One team insider gave Motorsport.com an interesting insight into the affair: “The fundamental idea with the fuel flow meter is that when you're on the straight you are limited to 100kg/hour.

"All the new reg is saying is that when you are over 90kg/hour, which is when you are on full throttle at full acceleration, you can't be varying the pressure in the fuel system.

“The reason they want to crack down on that is if teams are trying to accumulate fuel beyond the flow meter. Imagine if you had a 'balloon' beyond it - any sort of system has sort of compliance in it, anything that bulges when you pressurise it.

"You flow a bunch of fuel into it when you're off the throttle, and the moment you're back on the throttle you've already got that fuel on the right side of the fuel meter. You push it through the injectors and you effectively get more flow.

“The way the FIA can keep track of that is looking at the pressure in the system. If you were to do that, if you had a big 'balloon' on the other side and you dumped it out, the pressure would go down.”

The benefits of the extra flow are clear: “It's just a question of using it momentarily, at a time when it's most important. The total amount of fuel you use is the same. You'd have to reduce fuel somewhere else – if you'd use at the beginning of the straight you'd have to use a bit less at the end of the straight. It would be fully automatic.

“In March the FIA asked for pressure sensors in everyone's tanks, in the lines, in the flow rail, that sort of thing. Once they've looked at the data they are now coming back to teams and perhaps they are saying we've seen something a bit funny.”

As noted the FIA clearly has the option to examine all the cars in parc ferme after the race, and it remains to be seen whether any teams face a big problem as a result...

Analysis: How F1 drivers can connect fans to the sport